What is the relationship of King Charles with Islam? King Charles
Mansooruddin Faridi/New Delhi
Many readers would be surprised to know that King Charles is the 'Patron' of the world's largest Islamic Studies Centre - Oxford Center for Islamic Studies. He is not just a Patron-in-Chief of this institution on paper but is also involved in its practices.

The idea of establishing the Islamic Center was presented 32 years ago by a group of Muslim scholars from Oxford University. The proposal was supported by two great leaders of the Muslim world - the late King Fahd bin Abdulaziz Al Saud of Saudi Arabia and the Emir of Kuwait, Sheikh Jaber Al-Ahmad Al-Jaber Al-Sabah.

The Oxford Center for Islamic Studies was founded in 1985. While in 2012, the institution was given a Royal Charter by Queen Elizabeth II, who passed away recently leaving her son Charles to carry on the Royal legacy.
Some of recently elevated King Charles's speeches from the platform of this center shocked the world and made him the center of attention in the Islamic world. 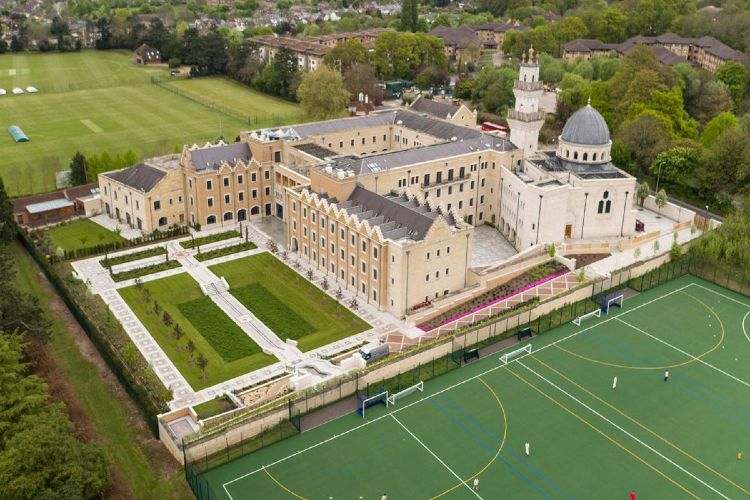 Oxford Center for Islamic Studies.
In one of his addresses on Islam and the West, the Prince emphasized removing the misunderstandings in the West regarding Islam. In an hour-long speech on the topic of 'Islam and Environment on the occasion of the Center's Silver Jubilee,  he talked about preventing environmental destruction by following the spiritual principles of Islam.
Charles has been associated with this Islamic institution of Oxford for 32 years and has supported it in all ways and at every step. Charles also studied Sufism and the Arabic language at this center.

Interestingly, Indians. especially the Aligarh Muslim University had had an important role in establishing this institution from the very beginning. Prominent Islamic scholar Maulana Syed Abul Hasan Ali Nadvi has served as the Chairman of its Board of Directors. 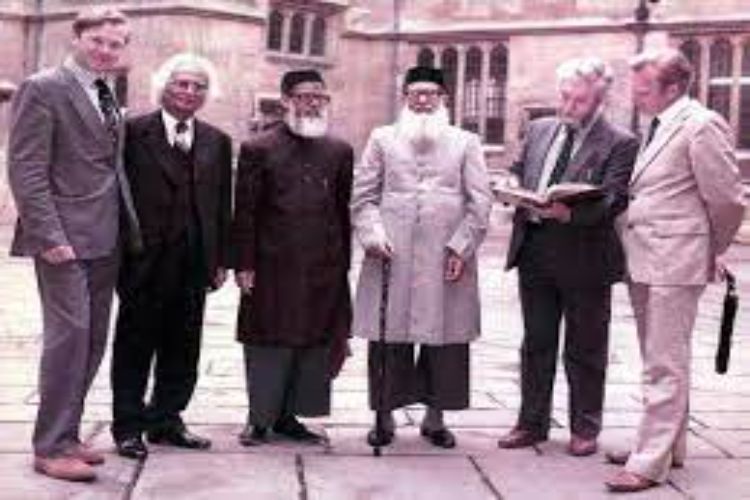 A memorable photo: Maulana Syed Abul Hasan Ali Nadvi and Professor Khaliq Ahmad Nizami at Oxford University
Dr. Farhan Ahmed Nizami studied at Wadham College, Oxford. In 1983, he was elected Rothman Fellow in Muslim History and later, elected Fellow of Islamic Studies at St. Cross College, Oxford.
Since 1985 he has served as the founding director of the Oxford Center for Islamic Studies. In 1997 he was elected a Prince of Wales Fellow at Magdalen College and an Emeritus Fellow at St Cross College. He is also an Editor of the Journal of Islamic Studies, Oxford University Press (1990) and Series Editor of the Makers of Islamic Civilization Series, Oxford University Press (2004).
In his first address on Islam and the West in October 1993,  Charles elaborated on the two civilizations.

Charles said: "I believe that Islam can teach us today a way of understanding the world and of living, which Christianity itself is the poorer for having lost."

At the heart of Islam is the preservation of the integral view of the universe. Islam - like Buddhism and Hinduism - refuses to separate man and nature, religion and science, mind and matter. He has preserved a metaphysical and unified view of himself and the world around us. 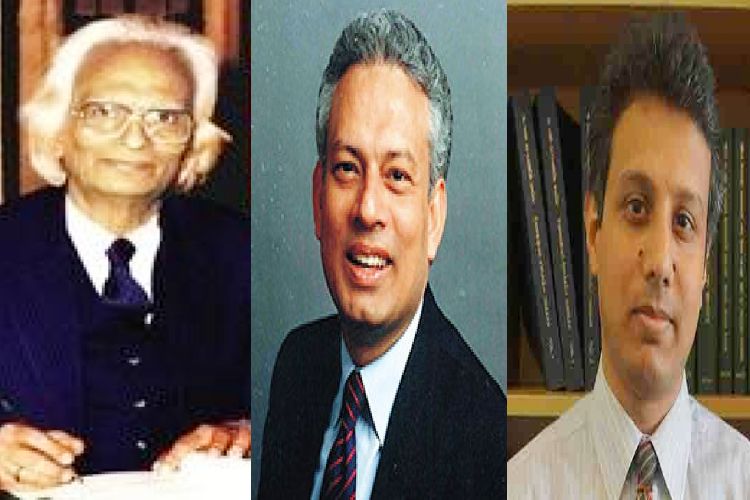 Founder Trustee Professor Khaliq Ahmed Nizami, Founder Director Farhan Ahmed Nizami and Professor Moin Ahmed Nizami
Charles said, “I strongly believe that the links between these two worlds are more important today than ever, because the misunderstanding between the Islamic and Western worlds is dangerously high and because in our increasingly interdependent world. Both need to live and work together.”
In a special program on the occasion of the Silver Jubilee of the Oxford Center for Islamic Studies on 9 June 2010, Charles, spoke for an hour on Islam and the environment.

“The traditional way of life within Islam is very clear about the "center" that holds the relationship together. From what I know of his basic teachings and commentaries, the main principle we should keep in mind is that there are limits to the abundance of nature. These are not arbitrary limits, they are God-imposed limits and thus, if my understanding of the Qur'an is correct, Muslims are commanded not to transgress them.”

The Prince of Wales urged the Center to establish a global forum on Islam and the Environment, to help promote practical approaches based on traditional religious principles, which would guide sound environmental policy.
To protect the environment, the whole world should follow the spiritual principles of Islam with generosity.
Charles also said in his speech that Islam is not only for Muslims. It is not only a religion, within it, but there is also a pile of knowledge and spiritual treasures for mankind, which are priceless gifts to the world.
Interestingly, King Charles has a keen interest in mysticism. In a recent event, when King Charles was asked how interested is he in Sufism, he quipped “he is a great admirer of Maulana Jalaluddin Rumi.” Charles delivering his speech on peace and the environment

He visited his shrine and spoke on Sufism and Islam. He believes that Sufis have an important role in spreading Islamic teachings, in Europe Sufism is very influential because it teaches tolerance and tolerance
The aim of establishing this great institution is the study of all aspects of Islamic culture and civilization and contemporary Muslim societies from a multidisciplinary perspective. It is overseen by a board of trustees, which includes prominent scholars and leaders from around the world. Oxford University representatives are nominated by the Council.
Many Fellows of the Center are active in various departments, faculties, and colleges of the University. Many students and senior academics have come to Oxford over the years through the Centre's scholarships and visiting fellowships programmes.
The center organizes lectures, seminars, workshops and conferences, exhibitions, and other educational events throughout the academic year. Prince Charles interacting with faculty of Oxford Center for Islamic Studies
Lecturers in this series have been delivered by the heads of state and government, and internationally renowned scholars from the Muslim world. Even the UN Secretaries generals, heads of the OIC, Arab League, UNESCO, and the Commonwealth of Nations have delivered speeches at the center.
When the Oxford Center for Islamic Studies came into being in 1984, it was confined to a few wooden rooms on St Cross Road. It later moved to George Street in 1990 and eventually during the 2016-17 academic session to a magnificent building in the center of Oxford, described as a masterpiece of Islamic architecture.
The complex also includes a mosque that is open to the public for daily prayers.
To make things clear to the people of the UK, the then Prince Charles said in a speech a few years ago, “I will be the protector of all religions instead of one religion as soon as I become the king of Great Britain.”
"So, would you prefer to be known by your traditional title (Defender of the faith) instead of (Defender of the faiths)?
"No," Prince Charles explained.
"That is, instead of the specific religion (The faith), I would like to be the protector of the Faith," he said.
ALSO READ: SY Quraishi: Gap between Muslim and Hindu population was never much

Whoever has any religion will get protection from the state. That is, Prince Charles meant that he was interested in becoming the legal guardian of all religions, rather than just the Church of England.