Sanskrit is one language in which Indian Muslims hardly take any interest, often attributing it to be a language of the temples and monasteries.  Due to this reason it’s often alleged that Muslims are averse to singing the National Anthem on the grounds that it is in Sanskrit.

However, achievements of students like Tanweer Mahbub, who loves to study Sanskrit, and had scored a perfect 100 on 100 in the subject in the CBSE Class X results declared recently.

Tanweer, a student of Kendriya Vidyalaya, Khanapara, has proved the known fact that religion and faith have nothing to do one’s yearning for knowledge.

“Yes, I love the Sanskrit language. It’s one of the oldest languages of the world. Besides, it’s the basis of all our Indian languages ... It is an easily scoring subject as far as the school examinations are concerned. The syllabus is not so vast. I just studied it attentively and I’ve got full marks in the examinations. I am thankful to my school teachers and my private tutor for it,” Tanweer told Awaz -the Voice.

Son of an education entrepreneur Mahbubul Hoque, chancellor of University of Science and Technology, Meghalaya, and Shahida Rahman, Tanweer has scored an aggregated 94.4 percent in the Class X Board examinations. He has decided to pursue Arts for further studies.

“I love all the subjects. I’ve scored well in Maths and Science as well. But, I am more interested in Social Science. That’s why I’ve opted for Arts. Although I intend to be an entrepreneur like my father, I’ll decide on my future course of studies only after completing my Bachelor’s degree; of course in consultation with my parents. Actually, I am very much inclined towards social services and love to help those in need,” Tanweer said. 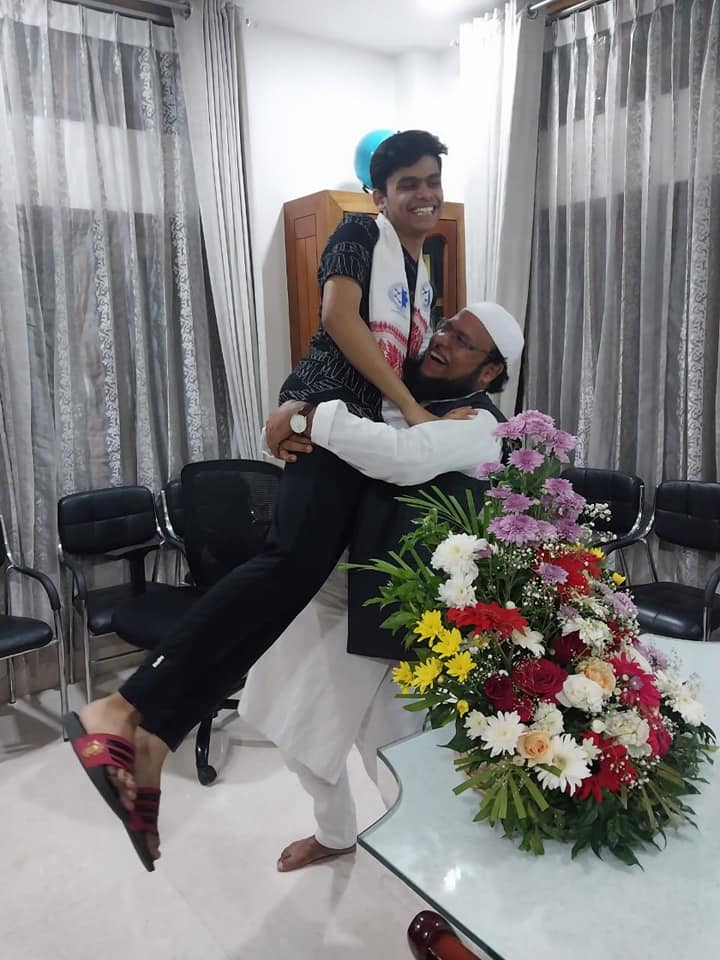 On his interest in Arabic – that the Muslim children have to study for learning Quran - Tanweer said: “I read Arabic. But, since I don’t understand it, I just love listening to people talk in Arabic. It sounds good. As far as Sanskrit is concerned, I understand it and I love writing it more than speaking.” He says its grammar portion is quite amazing.

About his preparation for the Class X examinations, Tanweer said he used to study six hours a day at home on school days and eight hours on holidays. “When I sit down for studies, I pay full attention to my studies. I forget the rest of the world,” he said. He attended private tuitions in English and Mathematics apart from Sanskrit.

Tanweer is not only a studious boy, he also loves sports. He is a footballer and a swimmer, and can ride a horse. He is member of his school football team. Sincew his family owns a stud farm, he is learning horse riding there.