Iqbal and Aquib's Chai Daam become a metaphor for self-help 
Giving up the common craze for the ever-shrinking government jobs in Kashmir, two well-educated persons in South Kashmir have launched a small food business with their limited savings and are now dreaming to make it big.
Aquib Ahmed Dar, who holds a Ph.D. degree in Mathematics, and  Mohammad Iqbal Itoo, M Phill and M.Ed from Dooru region of Anantnag district have launched tea and snacks kiosks on a Mobile Van and they hope to spread their business to the entire district with the help of other jobless educated persons.
The duo has named their food van “Chai Daam” (a sip of tea, in the Kashmiri language). 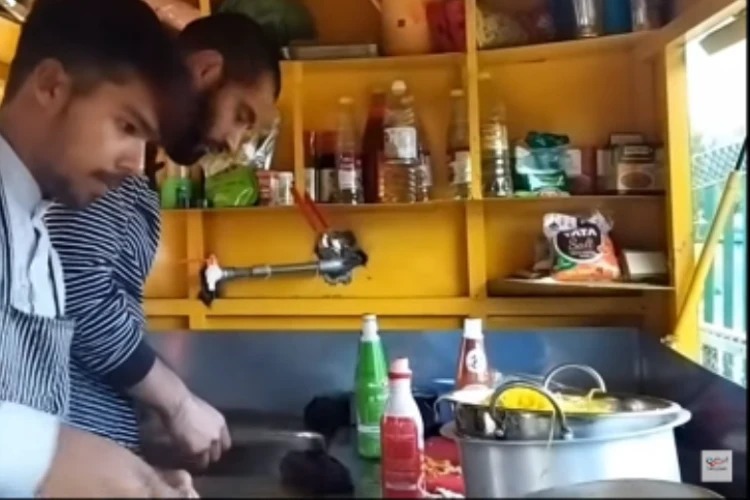 Aquib and Iqbal at work inside Chai Daam van
Chai Daam sells tea, biryani, fritters momos, Pizza, burgers, etc and right now it’s stationed outside the Sub-district hospital, Dooru. Both of them are busy all the time.
Aquib told local news agency KNO that he has completed his PhD in Mathematics recently and tried his luck by appearing in several examinations. “I didn’t make it and also several recruitment tests were canceled because of the bungling and we could not have waited eternally for a government job.”

“To earn a livelihood, one has to do something. So I along with my friend started selling food items on a mobile van in Dooru market,” he said. “We are planning to start similar ventures in the entire South Kashmir so that we can provide jobs to others as well. Youth must not shy in starting any small unit to earn a livelihood at least for themselves.” 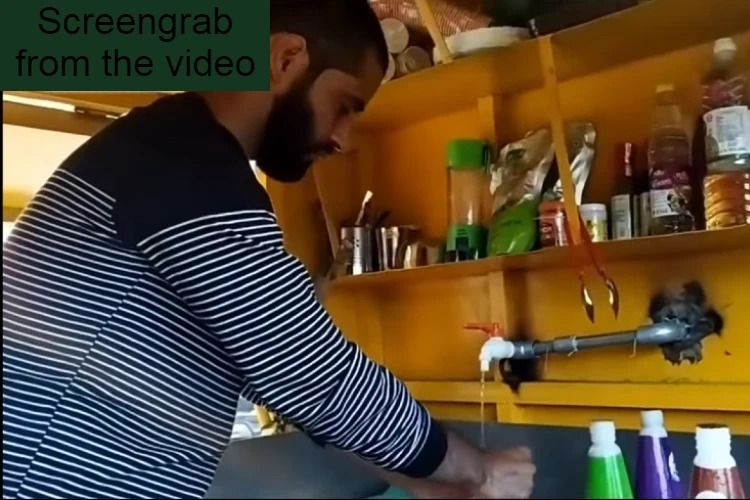 Aquib Ahmed at work inside his food van
Mohammad Iqbal Itoo said the high rate of unemployment is a major problem facing the youth in his area “but instead of worrying and brooding over it, we decided to do something to address it.
Iqbal said both of them had raised money from their saving to set up the business and they are hands-on entrepreneurs.
He mentioned the name of Muhammad Iqbal Ahanger, Chairman, Municipal Committee of Dooru, and Farooq Ahmad Ganaie, an advocate for helping and guiding them in launching their business.
Both of them told a YouTuber that “to do anything big, a small beginning is a must, Aqib said, and “we have made this beginning and hopefully we will try to take it ahead.”
Iqbal Itoo said that it is not easy for everyone to get government jobs, so youth must understand that and choose self-employment and entrepreneurship based on their interests to earn their livelihood. 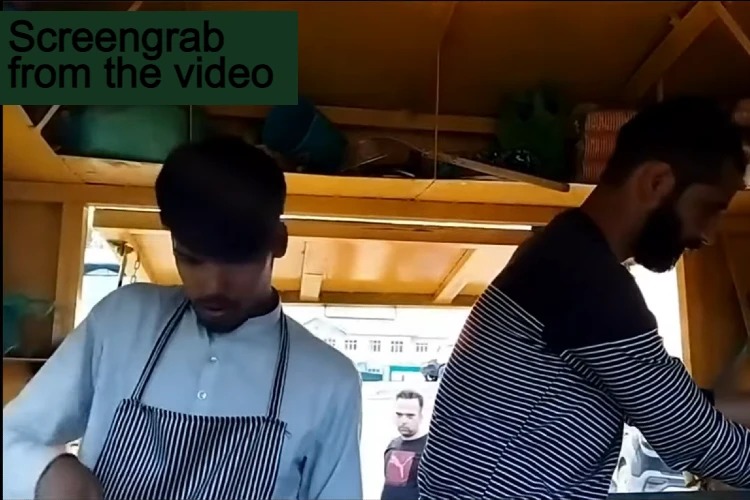 Inside Chai Daam
“It took us around one month to modify a van and turn it into a restaurant,” he said.
Iqbal has worked as a contractual lecturer for five years and the next five years he worked with an NGO as a trainer teacher.
He said while contractual teachers’ was a regular job, due to the policy change the jobs became shaky and he decided to launch his business with his friend.
Also Read: DGP pats 6 villagers who apprehended LeT terrorists

He said that youth must not run after government jobs only but instead they must become job seekers instead of job providers. “We are planning to further develop this business so that it can create jobs for others as well," he said.