Qatra Qatra Parsa, the short film, screened at a function in Srinagar to celebrate achievement of a young restaurant owner, is a must-see for all aspiring entrepreneurs, for it portrays the journey of a Kashmiri young man from his village in north Kashmir to making it big in life and taking social responsibilities and challenges in stride.

The fastest-growing chain of restaurants in Kashmir - Parsa’s- opened its expanded headquarters in Srinagar to celebrate ifive years of its business. The film was screened there for the benefit of the aspiring youth and students.

Parsa’s had started its first outlet from a small space five years ago at Sara City Centre at Jehangir Chowk, Srinagar.

The film is about Javed Parsa's journey of owning 30 food outlets named after him. Of these, 20 Parsa’s are located in Kashmir, two in Bengaluru, one each in Pune and NOIDA, and two each in Jammu and Ladakh. In his twenties, Parsa employs at least 400 youth. 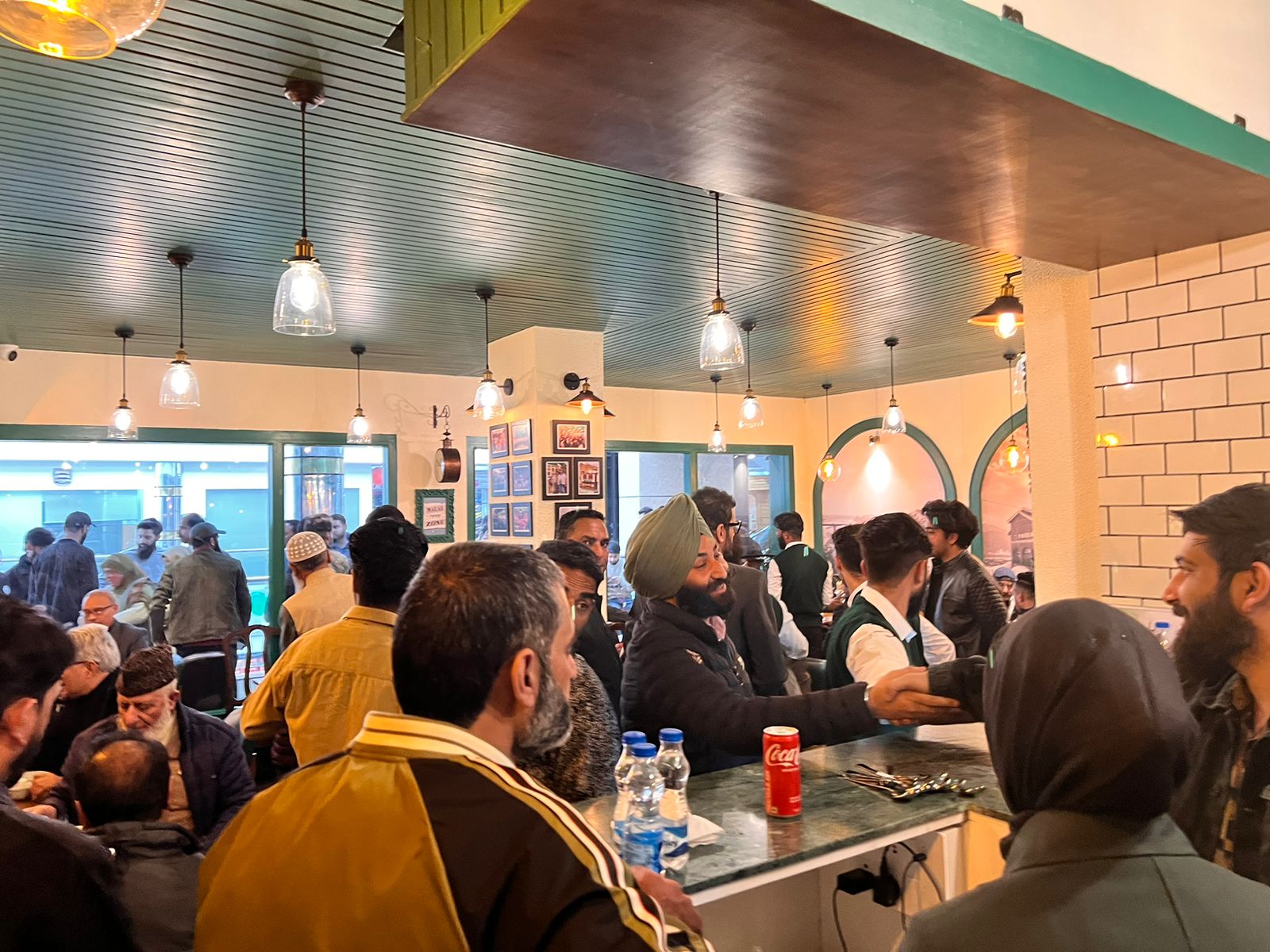 A view inside the refurbished Parsa's in Srinagar

As he inaugurated the refurbished and roomier headquarters of his company, Parsa announced his plans to open five more outlets across the Valley and Hyderabad in the next five months.

“For five years we ran Parsa’s out of a small 4x5 room in a noisy place in Sarah City Centre,” Javed Parsa told Awaz-the voice.

“I dreamed of having a larger office space to manage the backend work of 30 outlets and the staff.,”

The new Parsa’s is almost double the place where it started as its first restaurant five years ago. The restaurant caters mainly to youths, students, and businessmen.

Today, Javed Parsa is seen as a successful entrepreneur who pulled through the difficult phases of flash floods in Kashmir and then the Covid-induced lockdown and hence a role model for many aspiring men and women.

No wonder the inaugural function had a large number of upcoming entrepreneurs and students keenly watching the film and listening to Javed Parsa intently. Also present were veterans like Mushtaq Chaya, President of the Hoteliers’ Club, and Zareef Ahmad Zareef, Kashmiri writer and historian. 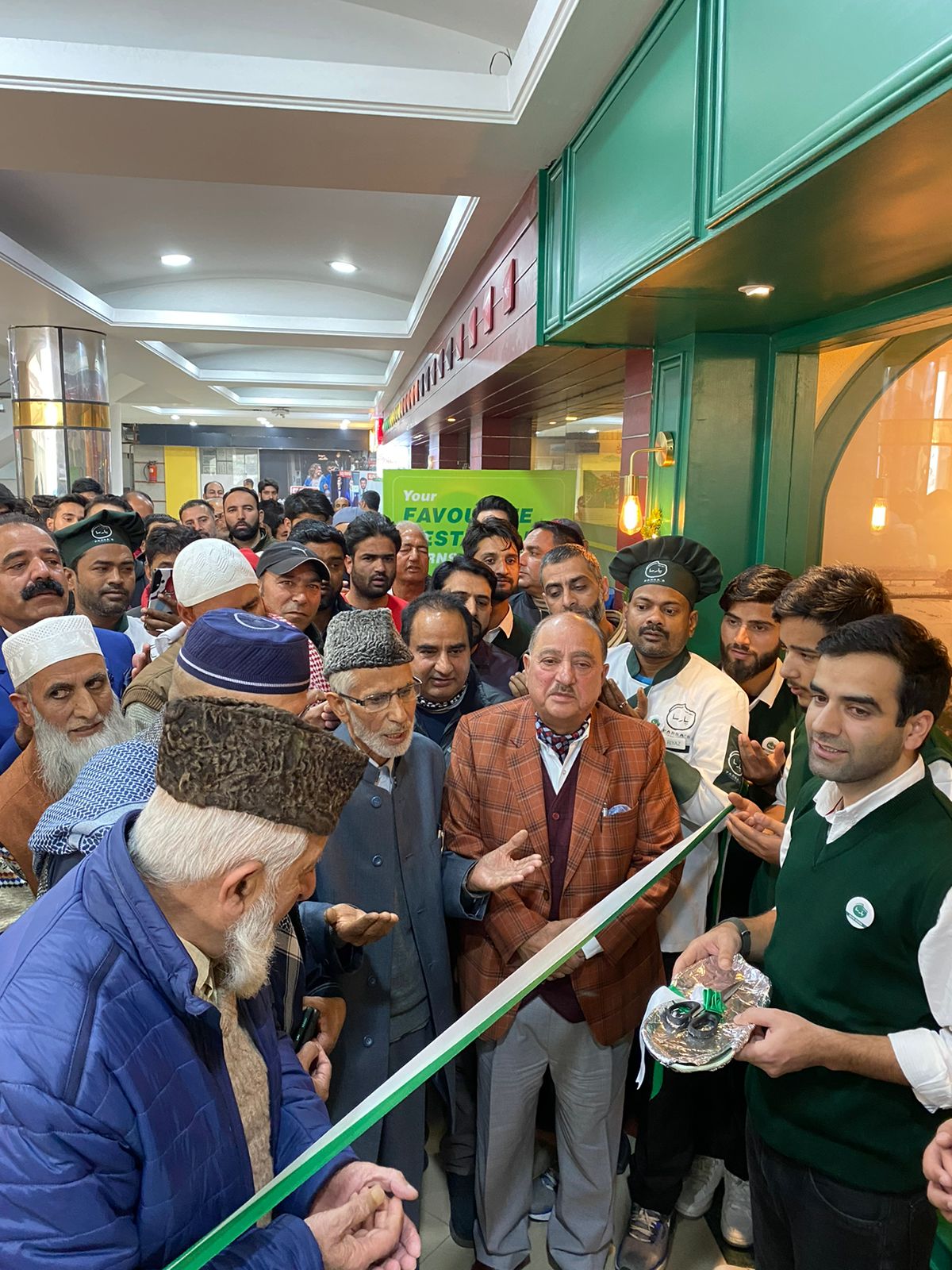 Even the film Qatre Qatre Parsa turned out to be a venture of local talents: Mohammad Muneem Nazir, writer, has also directed and produced the film; Khalid Ahmad, Yawar Abdal, Ali Saifuddin, M Muneem, and Sifar lent their voice to the enchanting title song.

Qatra Qatra Parsa is the story of the struggle of a young boy who started from his village in Bandipore with a dream and steely determination to make it big. The title song, both in Kashmiri and Urdu, starts with his pledge to himself to continue his efforts to help the needy, spread cheers and smiles on the faces around him, bury the grudges and serve in the path of Almighty.

He takes pride in describing the new space as “Malaal-free (Malaal in Kashmiri means grudges) Zone”. 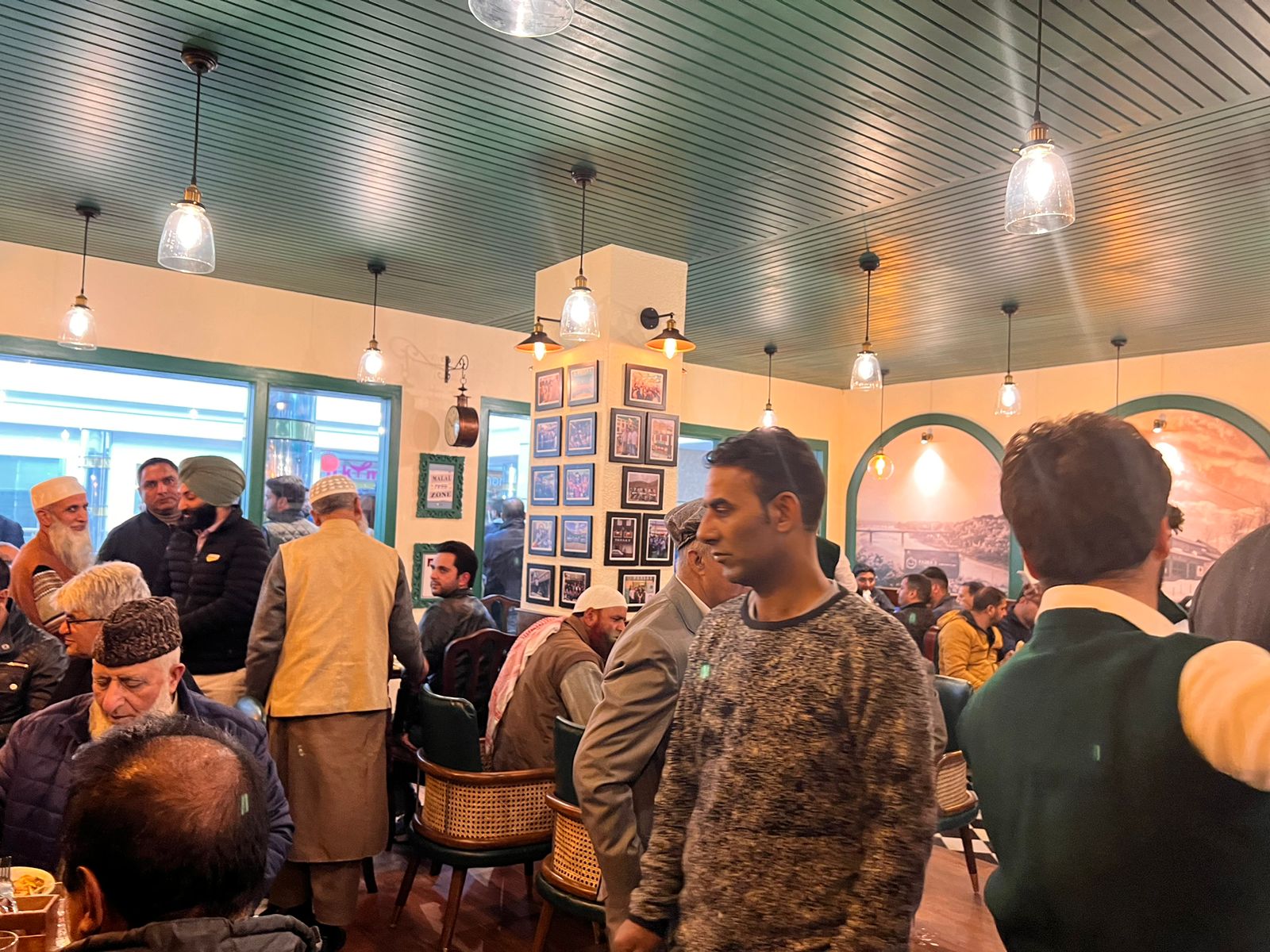 The dinning hall of Parsa's restaurant in Srinagar

After his initial job in Hyderabad, Javed Parsa returned home to launch his venture in 2014 in Srinagar. Soon, unprecedented floods hit the valley that saw a massive loss of property for common people. His business was also hit but he kept in touch with society by helping the needy with his money.

Finally, he opened Parsa’s, his first food joint in Srinagar in 2017. Covid-19 was the next and even bigger challenge for Parsa. He didn’t lose his patience and confidence; he collaborated with different NGOs to provide medical facilities and food to the needy while closing down his own outlet during the lockdown.

The new Parsa’s headquarters has Khtamband ceilings and artifacts of papier-mâché as he wanted “to create this masterpiece of Malal-Free Zone”. “As promised, we have tried to create a blend of traditional Kashmiri and modern motifs hoping to bring the ambiance you all deserve for all the love and support you have shown in the past five years”, he asserted.