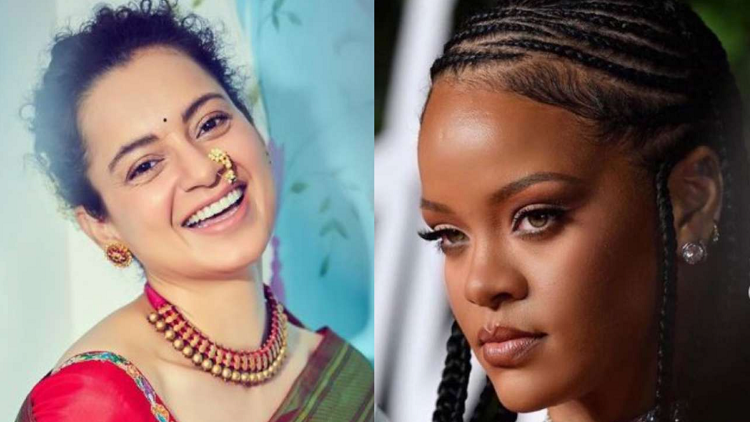 Kangana Ranaut called Rihanna a 'fool' and a 'dummy' for the latter's farmers' protest tweet.

Kangana Ranaut is again in the headlines. This time for her Twitter battle with an international star. The Queen actress called pop singer Rihanna a 'fool' and 'dummy' after the latter tweeted in support of the ongoing farmers' protest in India. Internet came blasting against Kangana with some users calling her 'Bhakt'.

No one is talking about it because they are not farmers they are terrorists who are trying to divide India, so that China can take over our vulnerable broken nation and make it a Chinese colony much like USA...
Sit down you fool, we are not selling our nation like you dummies. https://t.co/OIAD5Pa61a