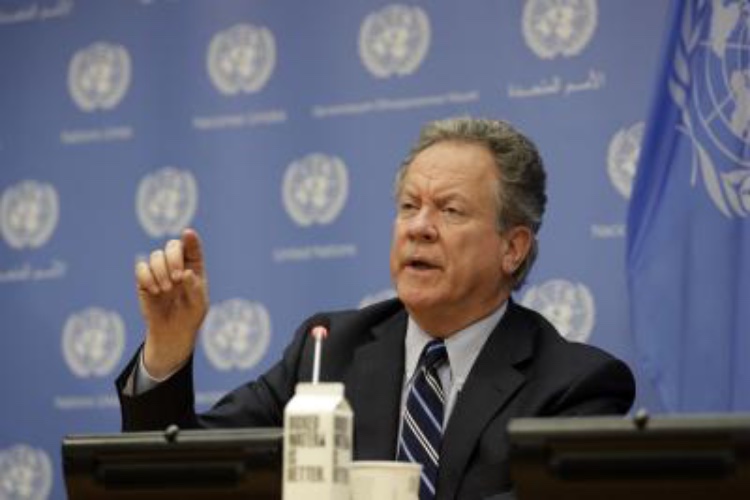 David Beasley, head of the World Food Programme (WFP), has warned that the conflict in Ukraine could send global food prices soaring, with a catastrophic impact on the world's poorest, the BBC reported.

Beasley said the conflict was putting more people at risk of starvation worldwide. "Just when you think hell on earth can't get any worse, it does," the BBC quoted the WFP chief as saying. Russia and Ukraine, once dubbed "the breadbasket of Europe", export about a quarter of the world's wheat and half of its sunflower products, like seeds and oil. Ukraine also sells a lot of corn globally.

Beasley told the BBC that the number of people facing potential starvation worldwide had already risen from 80 million to 276 million in four years prior to Russia's invasion, due to what he calls a "perfect storm" of conflict, climate change and the Covid-19 pandemic.

He said certain countries could be particularly affected by the current crisis, due to the high proportion of grains they currently import from the Black Sea region. Ukrainian lawyer Ivanna Dorichenko, an expert in international trade arbitration, said some farmers in the country have already abandoned their fields in order to take up arms against the Russian invasion.

"The men who need to work on the land, they're all defending our land right now. Because if they do not defend the land, there'll be nothing to work on at a later stage, and you don't have a single person right now who's not trying to help in any way they can," Dorichenko told the BBC.