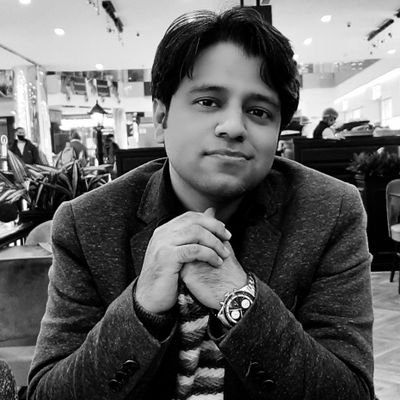 Khudiram Bose was a teenager when he threw a bomb at a British judge in Muzaffarpur, Bihar, and assassinated him. Hailing from Midnapore, Bengal, Bose became the first Indian revolutionary to kill an Englishman using a modern bomb and facing the gallows as punishment.

It was in 1908, that Khudiram,18, and Prafulla Chaki bombed a horse-driven carriage with two English women. It was a case of mistaken identity. Their target, Justice Kingsford, was in another carriage. Prafulla Chaki shot himself dead before police could arrest him. Several members of nationalist militant organizations like Barindra Ghosh, Aurobindo Ghosh, and Hem Chandra were also arrested. Barindra Ghosh, who led the movement, was transported to the Andamans. But, the British found them hard to crack as they did not reveal any names behind the conspiracy.

The British press tried to paint the revolutionaries as ‘extremist Hindus’, a narrative later borrowed by Indian historians as well. The myth needs to be countered. The movement led by Barindra Ghosh and his brother Aurobindo, of which Khudiram was a member, was not communal. It was nationalist in outlook with the complete support of Muslims. One testimony to this fact can be found in the autobiography of Maulana Abul Kalam Azad, where he writes that Aurobindo Ghosh initiated him in the national movement. CID reports also accuse Maulana of running training schools on the model provided by Aurobindo.

Khudiram received martial arts and sword training from a Muslim teacher who taught revolutionaries at the training camps run by Barindra Ghosh. In 1908, the political temperature at Champaran (at that time part of Muzaffarpur) was high with anti-Indigo planters agitation led by Sheikh Gulab. Indigo planters had already told the government that anti-Indigo agitators like Sheikh Gulab and Sital Ray were working in a coalition with Bengal revolutionary groups led by Barindra Ghosh.

In 1907, Gulab was arrested by the British for opposing the Indigo plantations in Champaran. After a few months, in March 1908, he was released and Indigo planters believed stricter judges and officers should be appointed in Muzaffarpur to control people like Gulab. Kingsford was sent from Kolkata. He was infamous for his ruthlessness with the Indian revolutionaries including the Jugantar group led by Barindra. As soon as he reached Muzaffarpur, intelligence reported that revolutionaries were planning to assassinate him. According to the Chief Secretary to the Bengal Government, “Kingsford himself attached no importance to the story”.

P. C. Roy Chaudhury wrote in Champaran District Gazetteer, “on the refusal of Sheikh Gulab and others to work as special constables they were convicted under the Police Act but the Calcutta High Court set aside the conviction in March 1908. Throughout 1908 Champaran was the butt-end of the agitation…… The movement was further aggravated by the Muzaffarpur Bomb Case of 1908 and the phases of the Swadeshi Movement of Bengal. The three leaders of this movement, Sheikh Gulab, Sital Ray, and Radhemal were singled out by the administration.”

Members of the Legislative Assembly also asked if the peasants of Champaran and the revolutionaries of Bengal were working in unison. Though the allegation was refuted by the Indian press and police could never find evidence against associates of Khudiram, Indigo planters kept believing in the nexus. Khudiram was hanged on 11 August 1908 and a month later, Sheikh Gulab organized peasants at Vijayadashami Mela in Champaran. Tribute to Khudiram was paid and agitations were intensified.

It is also well known that before and after throwing a bomb, Khudiram was given shelter by a Muslim woman who was the sister of Maulvi Abdul Waheed, another nationalist.

ALSO READ: Jashn-e-Rekhta:Javed Akhtar says language should not be linked to script

Today we don’t know Sheikh Gulab, Barindra Ghosh has been forgotten and Khudiram lives as a passing remark but this bomb case stirred the nation. Bal Gangadhar Tilak was jailed for writing in support of Khudiram, several newspapers were closed down, photographs of Khudiram were sold at shops across the country, and Khudiram style dhoti with his name at its border became a fashion among youth.