Who designed the Taj Mahal? 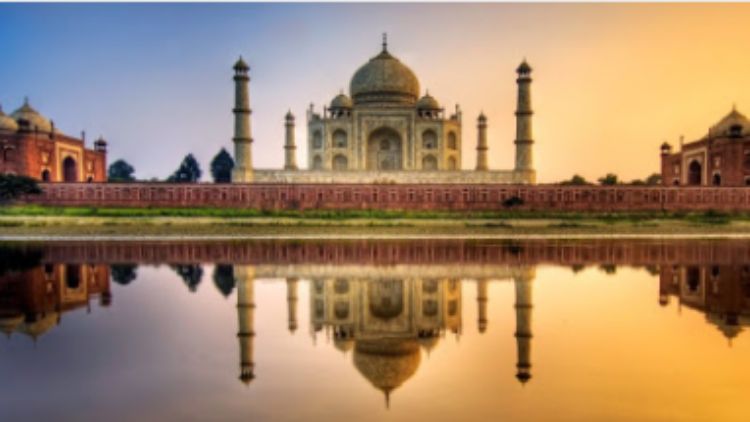 Rajiv Joseph’s theatrical play Guards at the Taj has a scene where Babur and Humayun are watching the inauguration of the Taj Mahal. Humayun attributes the construction of this magnificent mausoleum to Emperor Shah Jahan, while Babur insists it should be attributed to the architect Ustad Isha.

Like the two emperors, the common people are also curious to know who was the architect of the Taj Mahal, the monument of Love each time they visit this magnificent monument.

Today, I am also trying to find artists and architects whose names are associated with the construction of the Taj Mahal. All historians are unanimous in their opinion that Mughal emperors personally monitored all the documentation of their governments. For this reason, we have very little genuine evidence related to the construction process of the Taj Mahal, the emperors liked to keep some secrets. For almost two centuries, the construction of the Taj Mahal has been credited to the divine inspiration received by Emperor Shah Jahan. Besides his sense of dedication to and love for his late wife Mumtaz Mahal also played its role. Thousands of artists and artisans were engaged in this work to make Shah Jahan's dream come true.

By 1800, the British had gained control of three-fourths of India including the city of Taj Mahal. The British, of course, repaired various parts of the monument.

During this time, the name of Ustad Isha started popping out of the 17th-century manuscripts related to the Taj Mahal that were suddenly discovered in Agra. These were written in Persian and had the original design of the Taj Mahal. According to these Ustad Isha, an Ottoman was the architect of the Taj Mahal. By the way, most historians consider these documents to be the creation of the local British informers.

Historian Ebba Koch, who researched the Taj Mahal, wrote that the story of Maestro Isha is fictitious and was manufactured by the British authorities as they wanted to prove that the Taj Mahal was built by a European.

However, Ustad Ahmad Lahori, who was also known as Ahmed Mimar, is credited with designing the Red Fort in Delhi.

In Lahore the keepers of a tomb claim that it belongs to the designer of the Taj Mahal. It is claimed that the Italian scholar Geronimo Veronio, who came from Venice and was imprisoned by Shah Jahan in the Lahore Fort and sentenced to death in 1640, was the real architect of the Taj Mahal. However, the story about Shah Jahan killing Veronio after the completion of the Taj Mahal has been proven wrong.

In fact, there are convincing proofs that Portuguese-Christian pastor Father Joseph Di Castro killed Veronio at the behest of the emperor because the latter did not want a Hindu or Muslim to sentence a Christian to death. The fact is that the entire story related to Veronio took place in Lahore, so the British attributed Taj Mahal design to Italian art. Veronio lived in a mansion in the tehsil market of Lahore.

Historians believe that the early maps of the Taj Mahal were prepared by Ustad Ahmad Lahori in Lahore. He lived and worked in a house near the Wazir Khan Mosque. He was joined by the Turkish architect Ismail Effendi, who designed the dome and the hemisphere.

Once his work was over, Ustad Ahmad called his friend Qasim Khan from Lahore for making gold bangles to mount on the domes. Therefore, the design work of the Taj Mahal should be considered a collaborative effort by many experts. In the end, the map was drawn by an Ottoman and master cartographer, Ustad Isha and Ustad Ahmad Lahori.

By the way, the official court documents on Veronio say that he was not given the death penalty for the Taj Mahal's design, but for a different reason. He was a famous goldsmith and jewellery designer. He had apparently stolen gold while designing jewellery for the emperor's family. He was also accused of stealing many precious gems and a large diamond. After all the jewels were recovered from his house he was sentenced to death. Mughal documents state that he was buried at a place two kos away from the Lahori Gate of the city.

In fact, Veronio's link to the Taj Mahal is weak because Ustad Ahmad Lahori had calledexperts from all over the world for designing the Taj Mahal. He called Qasim Khan from Lahore, who designed the golden kagura of the dome and Chiranji Lal from Delhi, the famous mosaic pattern designer of his time.

Ustad Amanat Khan of Khushan BC (Calligraphy) was called from Shiraz, Iran. Aamir Ali, a stone cutting artist was called from Balochistan. Ustad Isha and Ustad Ahmad of Turkey were the main architects. Apart from these, Mohammad Hanif of Multan was an ace marble tile maker. Mukarimat Khan of Delhi and Mir Abdul Karim of Shiraz were the chief supervisors and administrators of the project.

It will be interesting to know the wages of the artists and artisan involved in this monumental work. One thousand rupees were given to the master cartographer, Master Isha. This money could buy him 3330 gm gold that costs around Rs. 13.3 crores today. Ustad Ismail Khan Rumi, a dome expert, was given 500 rupees. Mohammed Sharif of Samarkand, who built the summit, received Rs 500, Qasim Khan of Lahore Rs 295, Mohammad Hanif of Kandhar, who was the chief mason, Rs 1000, Mohammad Saeed of Multan, who was an expert mason got 590 rupees, and another mastermind Abu Tora of Multan was given 500 rupees.

Again a story that many believe that Shah Jahan got the eyes of Ustad Ahmad Lahori gouged out and his hands chopped off so that he is not able to create another monument like the Taj Mahal is pure fiction. His family's documents in Pakistan prove that Ustad Ahmad Lahori died a natural death.

Ustad Ahmad returned to Lahore after the completion of the work where his sons had set up a business of construction work. He was a well-established businessman at the time of his death.