A madrasa in Guwahati that had drawn the attention of former US President Barack Obama in 2013 has changed the way Madrasa education is seen. It imparts vocational training along with regular religious and a normal curriculum. Asom Markazul Ulum, located at Islampur, was imparting only Islamic education and taught languages like English and Assamese. Under the new program, it established an automobile workshop where students are being trained in repairing vehicles; a dairy farm where students learn to farm that has helped raise the income of the madrasa through the sale of milk. The tailoring unit opened there was not confined to Muslim students of the madrasa; students of other communities also got training in tailoring. Also, all the students are also being trained to drive.
Since there is no school in the vicinity of the madrasa, the students attend classes under the banner of the Asom Markazul Ulum managing committee. All students from Class V to XII go to schools wearing uniforms of respective schools. The students attend schools at Kamrup Academy, Gandhi Nagar High School, and Madrasa High School in Paltan Bazar here. The madrasa managing committee has also arranged private tuition for the students.
It was way back in 2013, Mohd Hilaluddin Qasimi, head of the Madrasa, received an invitation from President Obama. Qasimi said: "A team from the United States that surveyed our madrasa was impressed by our work. They invited me to tour America and study to madrasas there. In the US, the students in madrasas are given regular education along with Islamic education up to higher secondary. They way besides qualifying to be appointed as maulana or hafiz in madrasas, the pass outs are also able to secure bachelor's and master's degrees simultaneously. We were trained about how to impart both education together.” 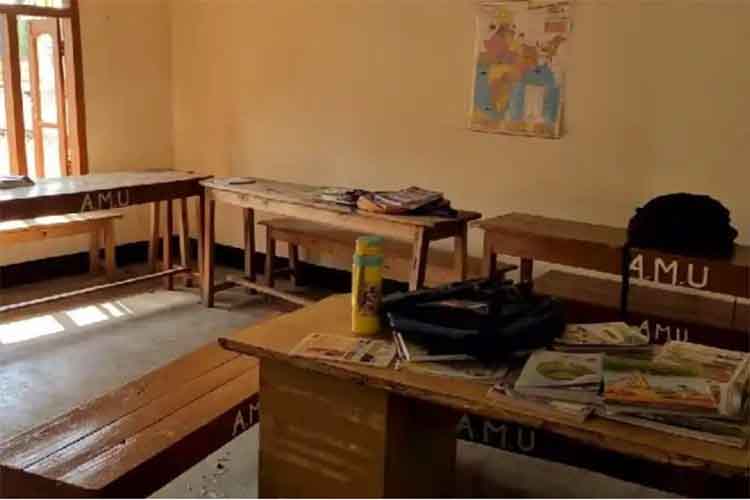 Workshop inside  Asom Markazul Ulum
"All the madrasas of Assam have their land and local schools. They can always arrange both Islamic education and conventional education together for their students. Nobody can be self-reliant only with Islamic education. School education can brighten up the lives of the students. The students should be admitted to nearby schools and colleges. The government also wants the same. Education in madrasas should always be of a high standard, be it religious education or general education. Children of economically backward families should be provided proper education at the madrasas,” Qasimi said.
On the need for religious education, Qasimi said: "Every Muslim must learn the basics of Islam. It is not compulsory to have a maulana or hafiz in every household. A good Maulana is enough to make a better society. It is necessary to provide religious education along with school education to make the society better."

Qasimi said: "Students sing national and state anthems on various occasions in our madrasas. Initially, some people pronounced a fatwa against me, but later on, most of the madrasas have adopted the tradition. Loving one’s own country is part of religious faith and we have to adapt to the culture of the civilization we live in." 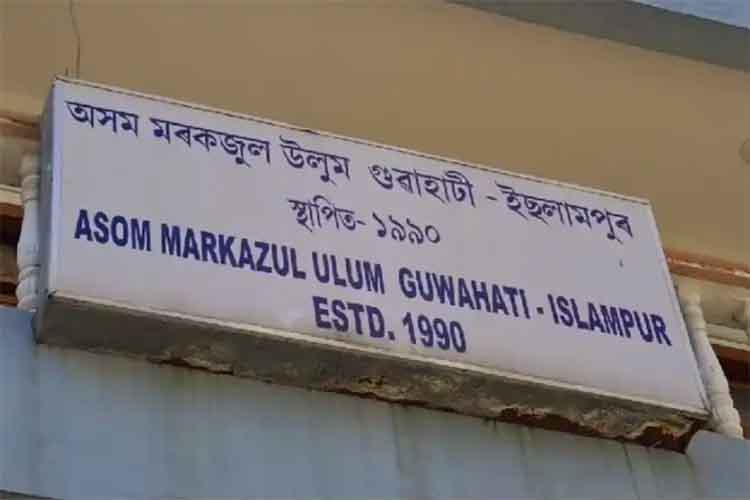 The board of Asom  Markazul Ulum
Qasimi said: "Many reports term Muslims as the most backward people in the country. We must work towards the development of the community by imparting quality education. The rate of education is very low among all. Especially among the Muslims of East Bengal origin, the rate of literacy is low and the crime rate is quite high. This is due to a lack of education. They lack both real Islamic education and schooling."
Under the initiative of Qasimi the students are benefited doubly – Quran education as well as modern education – to lead a better life. It is believed that his modern thinking will usher in a brighter future for his students.