Rarely does a woman, especially in Muslim societies, become a catalyst in bringing glory to her family; Mehbooba Mufti, former chief minister of Jammu and Kashmir, is one such person. At a time when the eldest scion of Mufti Mohammad Sayeed family was not taken seriously by her family and she lacked ambition in comparison with her three siblings, Mehbooba not only became the most well-known woman leader of J&K but also helped her father realize his dream of becoming Chief Minister of J&K.

The Mufti family led by India’s first and the only Muslim Home Minister Mufti Mohammad Sayeed is indeed one of the most influential political families of Kashmir. The family has not only given two chief ministers to the former State but also broken the hegemony of the National Conference in Kashmir and created an alternate political space for the angry and disgruntled youth.

A chain smoker Mufti Mohammad Sayeed was a veteran Congress leader till one day he decided to launch his outfit Peoples Democratic Party (PDP) and successfully broke into the citadel of the National Conference in the 2000 State Assembly elections. History will judge the role of the Mufti family in the fast-moving developments in the state since BJP came into power at the center but even today Mehbooba continues to be the most vocal voice of defiance from the Valley be it on the issue of the end of the special constitutional status of the former State of Jammu and Kashmir or the Delimitation Commission report. 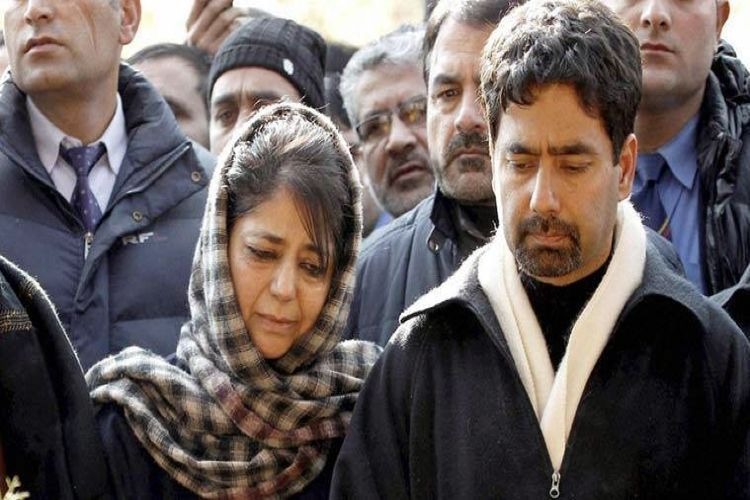 Mufti Mohammad Sayeed was born in a family of Peer (Clerics) in the highway town of Bijbehara, Anantnag. The family’s old house is still intact and he was also buried there after his death in 2016. After completing his basic studies in Srinagar, he went to Aligarh Muslim University to do his masters in Arabic. However, on return from AMU, he joined the National Conference led by Sheikh Abdullah and later the Congress party with several ex-NC leaders.

While in the Congress, he was infamously taunted for not even being able to win a municipality seat in the National Conference-dominated Kashmir. Nobody had thought that as politics is the art of the impossible, one-day Mufti would turn around the politics of the state.

Mufti was known as a person with great organizational skills and a poor public speaker. The only election from J&K he won was from Ranbirsingh Pura in Jammu for the Lok Sabha. Earlier Congress would make him win from outside J&K. However, he was lucky to be first appointed as union tourism minister in Rajiv Gandhi’s cabinet and later India’s first and so far the only Muslim Home Minister in the V P Singh led Janata Dal government.

However, despite reaching such top positions without much mass support, Mufti Mohammad Sayeed always nursed a dream to win elections from J&K. And his dream came true amidst the most difficult circumstances in his political career. As chief of the Congress in J&K, he was in charge of the elections announced after a hiatus of a decade. This period saw terrorism was at its peak and security forces pro-actively killing terrorists and imposing restrictions on people’s free movements; the locked offices of the political parties and the missing leaders, who had fled after pro-Pakistani terrorists targeted them. The H Deve Gowda government announced elections in J&K in 1996 leaving Mufti to scout got candidates. 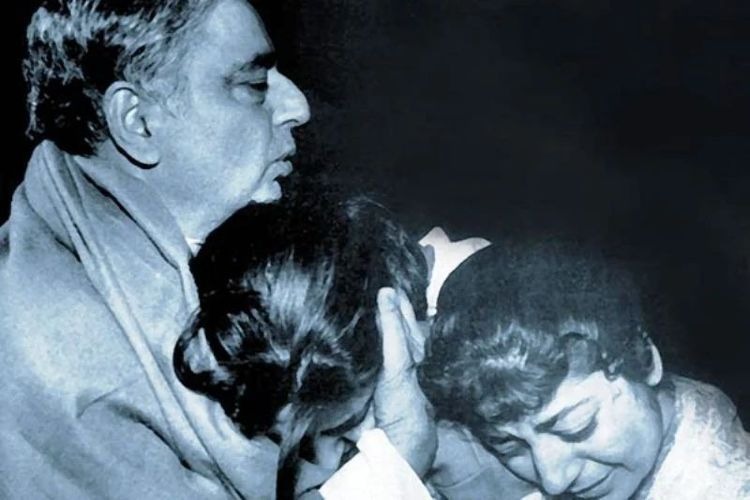 People were scared to contest elections; Mufti was drawing a blank and in desperation, he turned to his family – his wife Gulshan Ara and her two brothers. Mrs. Mufti had always been a devoted homemaker and a supportive wife but never nursed an ambition of becoming a leader. She was uneasy though she couldn’t say no to her husband. Mufti asked his only stay-home daughter Mehbooba, who had returned from a broken marriage with a cousin and their two toddler daughters home.

Mehbooba Mufti is a law graduate from the University of Kashmir. Her classmates found her a flamboyant and energetic girl with no particular ambition in life. She was the eldest of the four children and her divorce was not taken well by the family as it was from the son of Mufti’s sister. Though Mehbooba left with her two daughters to Delhi soon after seeking Khula from Javeed Iqbal, a well-settled businessman, to escape the trauma and social reaction to her rather bold step she knew that her family was unhappy with her decision. More so when her two sisters – Mehmooda and Rubaiya were doctors and their brother Tassaduq Mufti was studying to be a filmmaker in the USA.

She once told me that when her 'Daddy' asked her casually if she would agree to fill the form as a Congress candidate for Assembly elections so that the party could at least show its presence, she quickly said yes. Mehbooba admitted that she had no inkling of what it means to contest elections against terrorists’ threats and Fatwas but she was happy to see Daddy’s worry lines vanish.

Next came the campaigning for the elections. Mehbooba had no idea about the extent of militants’ penetration around. She would visit villages in tight security and speak with a woman’s instinct. “I have come to share your pain; put balm on your wounds,” was her tagline as she accompanied her father in a heavily escorted convey to villages of south Kashmir. No election rallies were held and she only addressed them with a handheld megaphone as people would hide in their homes on seeing the vote-seeking politicians. 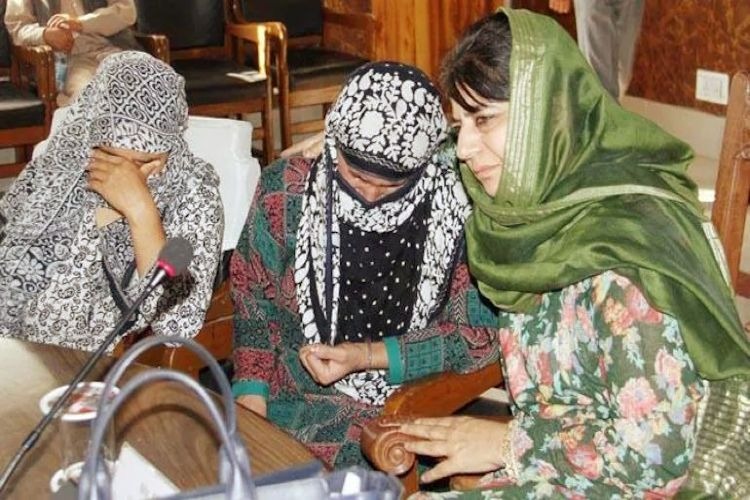 Mufti’s girl-like campaigning had touched the hearts of people. Not only did she and her father win their seats with a decent margin but she became one of the most sought-after leaders in Kashmir by the people who started missing politicians by then. Mehbooba would be called Bajji  (Sister) by the youth brigade who accompanied her later. Unlike daddy, Bajji was a prolific and emotional speaker and the youth had found a leader in her. The rise of Congress due to Mufti was not taken kindly by S Sonia Gandhi who didn’t trust Mufti, for he had left Congress to join Janata Dal. A frustrated Mufti decided to part ways with Congress and launched his outfit – the PDP.

The PDP romped home in the 2020 elections and became a threat to National Conference. Bajji was the chief campaigner of the party and she had become a cult figure. Mehbooba once told me that her father had always wanted Tassaduq to join politics. Tassaduq had no interest as he become famous with his first film project, Vishal Bharadwaj's Omkara in which he was director of photography and choose films as a career. '

Tassaduq, who is married to a businesswoman Radhika Kapur and lives in Bengaluru, was again persuaded by his sister to return home after Mufti’s death in 2016. He did heed to his sister and became a minister in her cabinet. However, he soon vanished from the scene and nobody knew exactly why he quit.

In their political journey, Mehbooba became close to her father and was indispensable for his ambitions and plans. She refused to join his cabinet as a minister and instead took care of the party. Mufti would often say Mehbooba has to stop reacting instinctively and learn the ways of politics and statecraft. However, Mufti used her for expanding the party and bringing in youth into it. 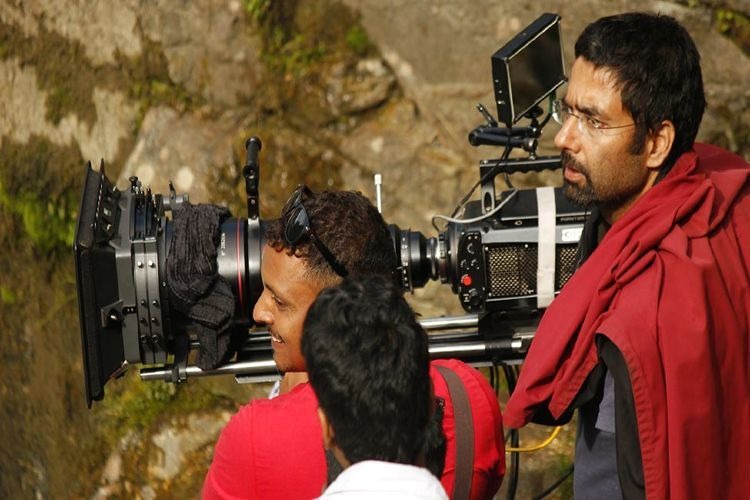 Tassaduq Mufti shooting for a film

Mehbooba took about a month to take oath as chief minister after her Daddy’s death. She was unsure of herself as it was difficult for her to become an independent entity. Also becoming a chief minister was never her ambition and she was only an accidental leader. With Daddy gone, she found no charm in continuing and Bajji reluctantly become the chief minister in a government in coalition with BJP, only to be dislodged later.

Mehbooba was also a member of the Lok Sabha and was an active participant in national programs. She told me once that though she feels lost in Delhi, her two daughters Ikrita and Iltija both think of themselves as Delhites.

Mufti’s eldest daughter Mehmooda lives with her doctor husband in the USA while Rubaiya, who was abducted by the JKLF at the beginning of militancy in Kashmir and released in exchange for the freedom of five terrorists, while Mufti was the home Minister, is married to a Tamil businessman and lives in Chennai. It’s their reluctant Bajji who has to shoulder the legacy of their father Mufti Mohammad Sayeed.