'Dinosaur Princess' Aaliya Sultana Babi
New Delhi/Mansooruddin Faridi
The story goes back to around 1983 when children studied 'D' for 'Dog' or 'Doll' while learning the English alphabet. At that time, Aaliya Sultana choose to read ‘D’ for Dinosaur and yet never realized one day this magnificent extinct creature would become part of her life as she would assist the Government set up the one of the world's largest dinosaur fossil park which can aptly be called "Jurassic Park"

The Dinosaur Fossil  Park, located in village Rahioli - Balasinor in Gujarat is today thanks to Aaliya Sultan Babi’s struggle to wake up the authorities and create a museum and reserve for the fossils of this magnificent creature that once roamed on the earth.

India's Jurassic Park located about 100 km from Gandhinagar, is spread in an area of 72 hectares and the Gujarat Tourism's museum contains many sections like the Inception of the Earth, World Dinosaur section, Indian dinosaurs, Gujarat Dinosaurs, fossil section, kidzone  etc. From life-sized dinosaur statues to fossilized eggs that range from the size of duck eggs to cannonballs, paleontologists suggest that the eggs are more than 65 million years old. “It is believed that the area in and around the park could have been the dwelling place of these gigantic creatures,” writes Madhuri Shukla Aaliya Sultana Babi is an amateur Palaeontologist and Conservationist. She  is the  daughter of the Late Nawab Sahib of the Babi dynasty of the erstwhile princely state of Balasinor. The Babi family belongs to the Yousafzai tribe of Pathans in Afghanistan. In Zabul province, this Pakhtun community is known as 'Babi' or 'Babai'.

She has spent good years of her life, fighting in adversity for the preservation of the precious relics of the  extinct dinosaur species that once roamed the lands of her forefathers. She has taken it upon herself  to advocate for the protection and preservation of the rare dinosaur fossil site in the Rahioli village (Gujarat) as a passion. 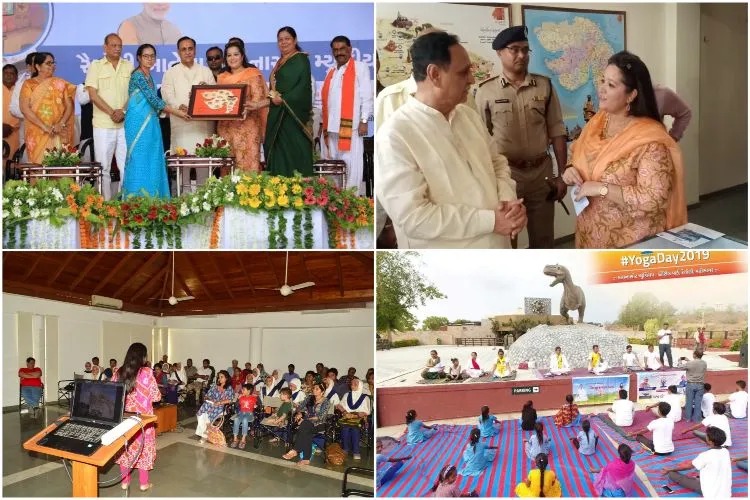 This accidental discovery of fossils dated 65 million to 67million years ago, was made while the area was being surveyed for minerals, and during periodical mapping by the geologists of the Geological Survey of India in the 1980's.

Aaliya Sultana told Awaz-the Voice that the discovery of dinosaurs’ fossils in Gujarat was an accident. She was a child when the government’s officials discovered the fossils and eggs of dinosaurs in the Lameta formation. The geologists found some unusual stones of the size of large fruits. Lab tests later determined that the find was dinosaur eggs and bones. Over the next few months, about  1,000 dinosaur eggs and fossilised bones belonging to at least three  species were discovered, and it was a breakthrough in the field.

Aaliya Sultana Babi has fought hard to preserve the fossil beds of rare dinosaurs in Balasinor. The 46-year-old paleontologist is today known as "Dinosaur Princess" or "Doctor Dinosaur,”  as she has played an important role in galvanizing the government in setting up what is today  India's largest Jurassic Park, the Dinosaur Fossil Park, and Museum.

The Dinosaurs has brought an anonymous village on the world map, thanks to Aaliya  Sultana Babi’s love of the creature.

Usual lethargy marked the government’s response to the magnificent discovery. However, Aaliya Sultana kept running from one office to another and it led to the Gujarat government to protect  a natural Fossil Park.

A fence was erected around the area and guards were deployed to check unauthorized entry. Initially, there were no roads to connect the fossil park. Most importantly, dinosaur bones are old and fragile, and walking on them could further destroy them. Today there is a fantastic road from the main higway leading to the fossil park with proper signages by Gujarat Tourism.

Often, tourists walking on the rocks would destroy bones, and protecting these was a major challenge. However, the setting up of the museum has helped preserve this priceless treasure.

She says, “We were taught to take care of people, whether in the Nawabi or the royal era. Though the time has changed yet people look up to us. They want us to do something for them,” said Aaliya.

The villagers were anxious about the museum. They knew it would change their lives. Every time Aaliya visited the village they would assemble asking her questions on the timeline of the proposed Park. 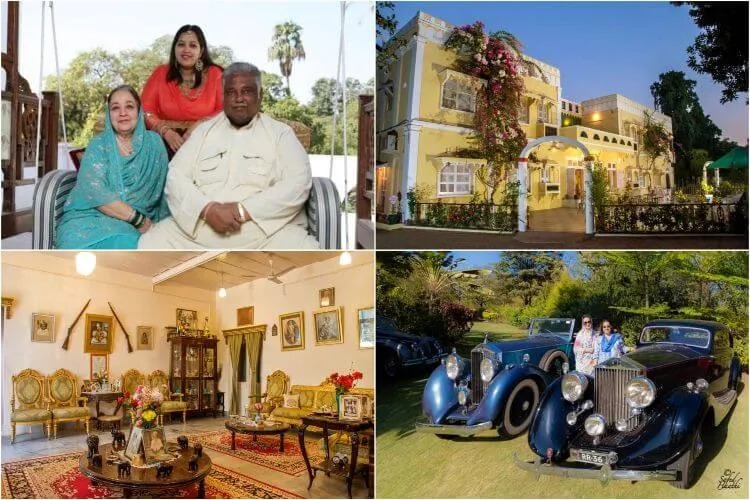 She says,“I decided to work for them because I like challenges, I took this mission as a challenge too.”

Today, Aaliya has adopted a local government school in the village and donated school books, along with lunch boxes for the children.

Before the epidemic, the museum was visited by 92,000 tourists between June and December 2019. Babi also conducts dinosaur and fossil classes at colleges and schools in his state and abroad. She has helped train locals in maintaining the musuem and the park. Has also trained guides. 12 women from the village run the museum canteen. A few people also work in the museum. She says the men also work as guards and museum operators.

The fact is that dinosaur tourism in Jurassic Park has revived Balasinor's economy, in the form of the youth being employed in the museum, ladies running the museum canteen etc.

A roaring six-meter dinosaur made of brass, cement, and metal greets visitors at the city gates.

In addition to the warm hospitality of the Babi family and the mystery of the nearby Fossil Park, the Heritage Hotel serves traditional Balasinor food to visitors. They are cooked in the royal kitchen under the supervision of Begum Farhat Sultana, Aaliya’s mother and her sister in law Begum Zeba Sultana.

She also traveled to England to take part in the BBC reality show 'Undercover Princes'.Garden Palace is a heritage hotel.

On the one hand, Aaliya Sultana works to preserve the history and traces of dinosaurs roaming the land of her ancestors, on the other hand, Aaliya manages the Garden Palace Heritage Hotel along with her brother Nawab Salauddin Khan Babi, where her family still resides. Aaliya offers features on Trip Advisor and Google and is connected to Gujarat Tourism's customer care. "Being part of the family heritage, I became attached to the area and wanted to work for it," says Alia.

Aaliya Sultana Babi's story is now in the headlines all over the world. Her unique struggle and success story has graced many Indian and foreign-language newspapers. She has also participated in various television shows and channels.

Aaliay's steadfastness has been rightly acknowledged and rewarded by government agencies and scientific institutions. Femina and the Asian-African Chambers of Commerce and Industry have also felicitated her on her efforts to protect the heritage.

She was awarded by Hello Magazine and Royal Fables and also made it to the Times of India's Times Power Women 2019 list for her fossil conservation efforts. She was named in the top 50 list of the 500 Most Influential People released by the New York Press News Agency.