It was in 1947, soon after India gained Independence and suffered a partition, that a young poet with sharp features and a thunderous voice was reciting his poem at a mushiara (symposium) in Hyderabad. The college girls who had come in large numbers to listen to the poets were swooned by his poetry and also his looks.

Among them, one of the girls with a broad face and bold looks wearing a white handloom shirt and a matching salwar and a rainbow dupatta wrapped around her neck walked up to him after the recital was over.

The poet was Athar Ali Rizvi who was more popular by his pen name Kaifi Azmi. He was a tall, slender, handsome young man, whose recital of poem Taj (The crown) had left the audiences mesmerized. With him in the mushiara were equally famous and budding poets and lyricists Sardar Ali Jafri and Majrooh Sultanpuri. Women and others flocked to the three men shoving their small autograph books on their faces to get a few lines of their choice written as memorabilia. 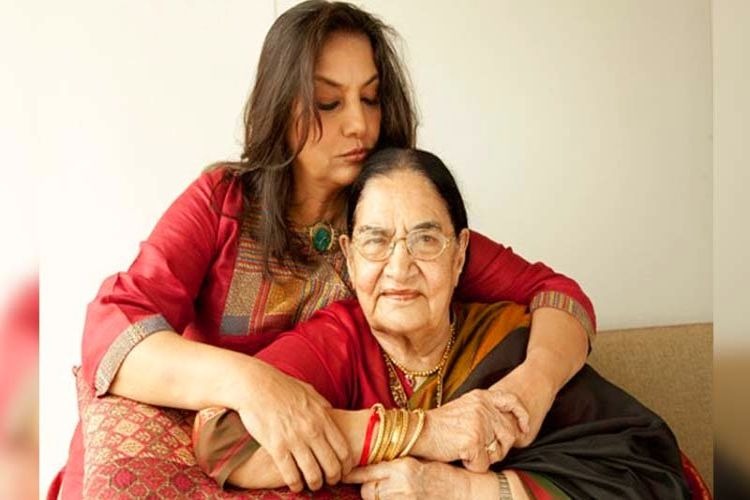 The young woman who was attracted to Kaifi Azmi exchanged glances with the poet and almost forwarded her autograph book to him. Her impish looks probably betrayed the mischief in her mind. She suddenly gave her autograph book to Sardar Ali Jafri, standing next to the creater of Taj and he wrote a few lines for her.

Now the young woman turned her autograph book towards her crush, Kaifi Azmi; her impish countenance was intact. Without lifting his eyes Kaifi scribbled something gibberish on her book. The young woman asked him, “Why did you not write a poem on my autograph book.”

Kaifi replied: “Why did you first get the autograph from Ali Sardar Jafri?”

This was the point for the love to blossom between them. This woman called off her engagement to marry her first crush and came to be known as Shaukat Azmi, wife of Kaifi Azmi, an actor, activist, and theatre artist in her own right.

Kaifi Azmi is the poet who following lyrics continue to pull the strings of the hearts across generations:

(You are smiling so much; what is the grief that you are hiding behind it? 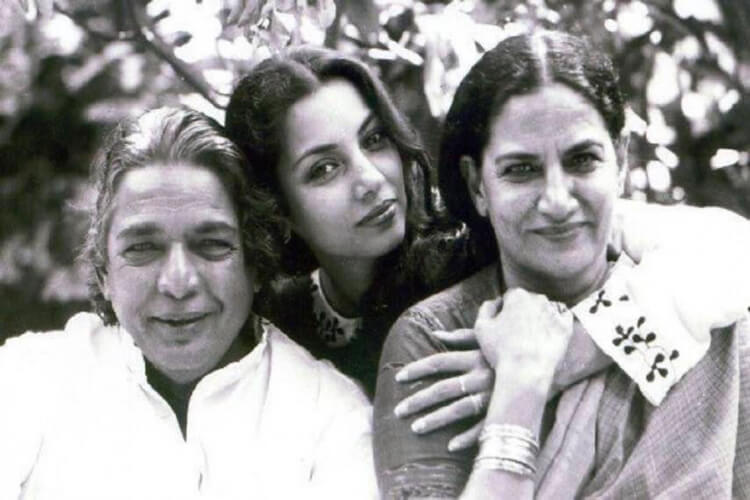 The Hindi-Urdu music lovers are all familiar with this soulful song rendered by the legendary Ghazal King Jagjit Singh.

(Your downcast glance; Is it a sign of restlessness. Maybe it is subdued; is there love in the heart?)

This is another soul-stirring song of Kaifi Azami probably picks the imagery from his first encounter with Shaukat Azmi.

Kaifi Azmi is known to the world as a poet and lyricist though in his lifetime he was an ideologue. Before his emergence on the scene as a bright mind and a great poet, his family was known only in Azamgarh, Uttar Pradesh. However, today the Azmi family is one of the most well-known families of India and most of its members have gained global recognition.

Shabana Azmi, her husband Javed Akhtar, son Baba Azmi and Tanvi Azmi are some of the most well-known members of The Kaifi-Shaukat family. The extended Azmi family also includes well-known names of Bollywood like Tabu and Farah.

While Kaifi Azmi is known for his literary prowess and as one of the most prolific poets, his reputation as a lyricist in Bollywood is a story that legends are made of. That's why a few years ago, on his 101st birthday, Google created a doodle on Kaifi Azmi to pay him tributes and acknowledge the universal appeal of his songs. 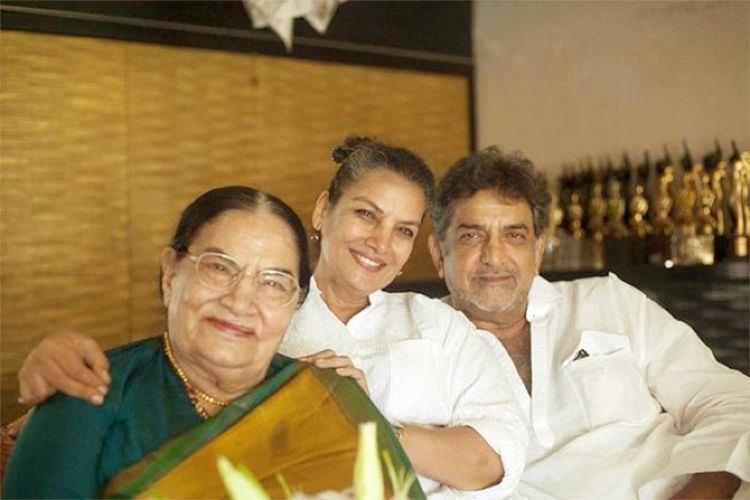 Kaifi Azmi was born on 14 January 1919 in a prosperous family in Majwan village of Azamgarh. His father was a landowner and he wanted his son to get a higher education. Initially, Kaifi was sent to the famous Sultan Madrasa in Kolkata for studies. Kaifi was born with the poetic inclination and had started writing poetry at the age of 11.

At his home, there was a healthy environment for literary activities. His elder brothers used to write poetry. An interesting aspect of Kaifi's personality was that despite being educated in a religious seminary, he was an atheist and wrote poetry under the influence of communism.

Kaifi Azami's early lyrics and poems portray him as a romantic poet. However, soon he became a progressive and a revolutionary poet. He raised his voice against oppression and injustice. He had written a poem on the demolition of the Babri Masjid at Ayodhya.

Shabana Azmi recalled the family’s initial days of struggle as both her parents were driven by ideology as Shaukat moved from Hyderabad to Mumbai to start her matrimonial life. They lived in a one-room apartment and didn’t even have a separate bathroom. At her mother’s memorial, Shabana recalled how the family lived with limited resources yet top theatre and literary personalities visited their tiny room of a home.

It’s to honour his genius and contribution to the literature that the Ministry of Railways has started a train from Delhi to Azamgarh and named it "Kaifiyat Express, after the legendary poet’s most famous poem Kaifiyat. The project happened due to the efforts of his daughter Shabana Azmi and Javed Akhtar.

The songs he wrote depict the times that he lived in and yet remain popular numbers across the generations. One of the perennial favourite from the movie Nauhihal is:

(Listen to my voice: listen to the music of love) 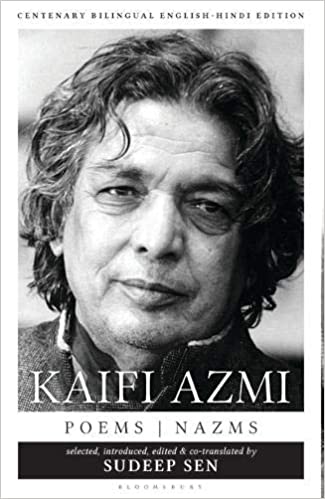 Similarly, the songs of the movie "Hir Ranjha" are still popular today. The interesting aspect of the film is that all its dialogues are in the poem and these are written by Kaifi Azmi. Kaifi also acted in a film Naseem in his last years.

Shaukat Azmi born on October 21, 1926, was a theater and film actress. She was affiliated with the Indian People's Theater Association (IPTA). She appeared in about a dozen films, including major productions such as "Garm Hawa" and "Umrao Jan". After Kaifi Azmi died in 2002, Shaukat Azmi also wrote her autobiography. She featured in films Salam Bombay, Anjuman, Lori, Bazar, Dhoop Chhaun, Heer Ranjha, and Haqiqat.

Shabana Azmi hardly needs an introduction. She is known for her portrayal of traditional female characters in umpteen Hindi films and is a versatile theatre personality. She has won five National Film Awards, five Filmfare Awards for Best Actress. Apart from awards and other honors, she has won many international awards. 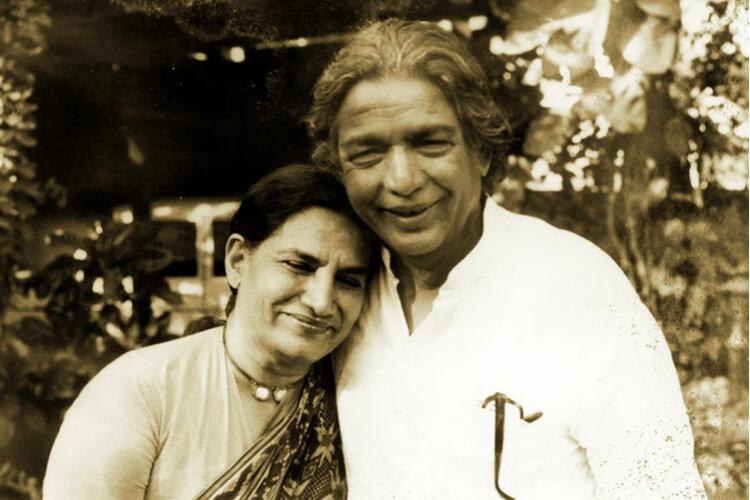 In addition to acting, she is a social and women's rights activist. He is a Goodwill Ambassador for the United Nations Population Fund. In recognition of Azmi's life and work, the President of India gave her a nominated (unelected) seat in the upper house of Parliament, the Rajya Sabha.

Syed Baba Azmi is a film cinematographer. He is known for his work in films like Arjun, Beta, Dil, Tezab, Mr. India, Akele Hum Akele Tum, etc. He started his career in the mid-1970s as an assistant in his Telugu films. In 2020, he made his debut in film direction with Naseeruddin Shah starrer Mee Raqsam. It was released on Z5 on August 21, 2020.

Baba Azmi's wife Tanvi Azmi is a film and television actress. She is the daughter of Marathi-Hindi actress Osha Karan and Manohar Kher. She has acted in Hindi, Telugu, Marathi films, and TV serials. Azmi played the role of a doctor in the tele-series Jeevan Rekha. She played the role of a young widow in the telefilm Rao Sahib (1986).

She also acted in the Malayalam language film Vadhyan (1993), directed by Ador Gopal Krishnan. She was nominated for a Filmfare Award for Best Supporting Actress for her role in the film Akele Hum Akele Tum (1995).

She had to tonsure her head for this role. She received the National Film Award for Best Supporting Actress for her outstanding performance in the film Baji Rao Mastani.