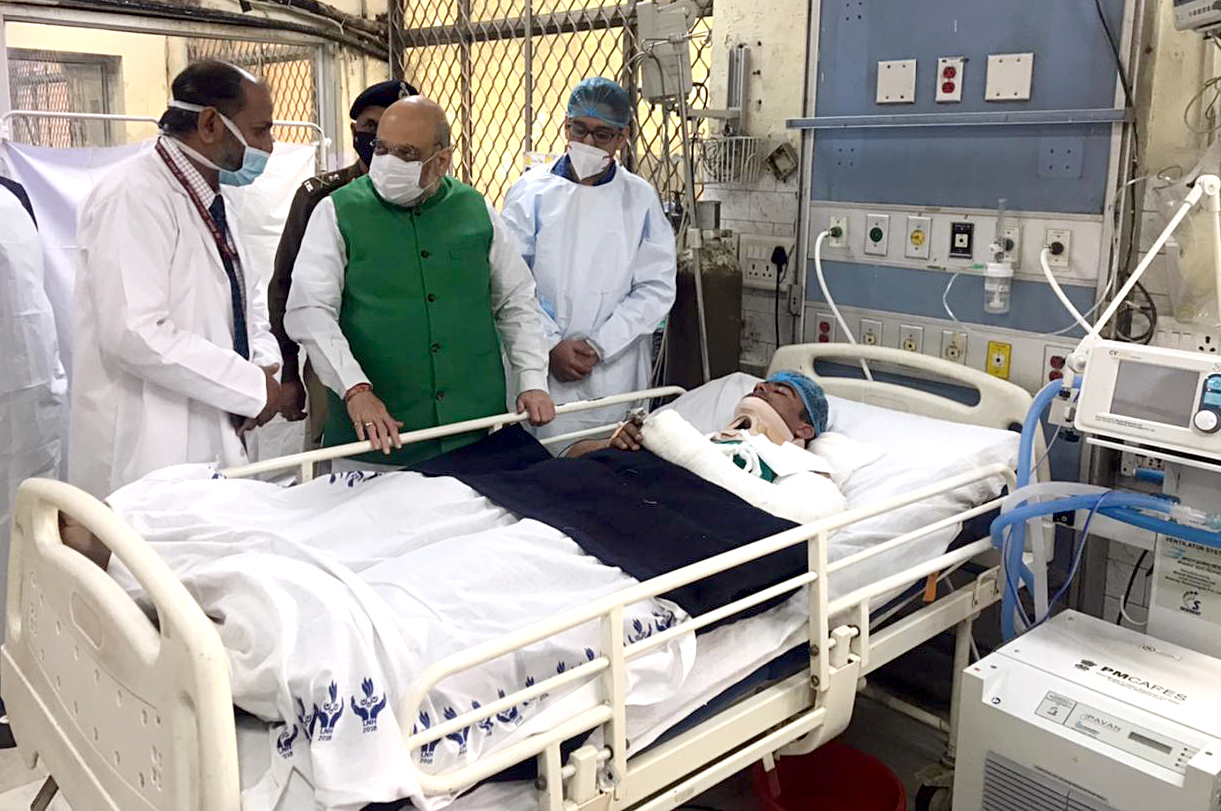 He met the injured police personnel at the Sushruta Trauma Centre and Tirath Ram Shah Hospital, Civil Lines. "Meeting the injured Delhi Police personnel. We are proud of their courage and bravery," Shah wrote on his official Twitter account.

Protestors broke barricades to enter Delhi and indulged in vandalism across several parts of the national capital during their tractor rally organised to protest against the Centre's three new farm laws on Tuesday. Several public and private properties were damaged in acts of vandalism by the protestors, leaving many police personnel injured.

Nineteen people have been arrested so far and over 25 criminal cases registered by Delhi Police in connection with the violence. Some of the police personnel are admitted at ICU wards due to their critical condition.