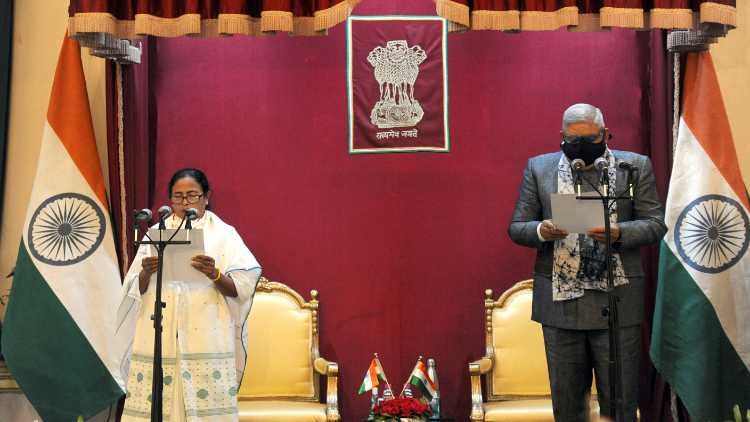 After Chief Minister Mamata Banerjee claimed that the West Bengal Governor's visit to the violence-affected Cooch Behar district violates norms, Jagdeep Dhankhar asked her to uphold constitutional commitments, adding that it is time to address issues being faced by people in deep distress.

On Wednesday, Mamata, in a letter to Dhankhar, said: "I find from social media that you are unilaterally proceeding to Cooch Behar district on May 13 and, sadly, I find that to be violative of the long-standing norms as evolved over several decades. I, therefore, would expect you to kindly follow the well-established norms of protocol and desist from abrupt decisions with regards to field visits."

Dhankhar is scheduled to visit West Bengal's Sitalkuchi and other places in Coochbehar on Thursday where he will interact with victims of post-poll violence.

Governor had said, "As part of my constitutional duty, I have decided to visit affected parts of the State and asked the government to make arrangements. Unfortunately, their response has not been very responsive. I will go ahead with my schedule and make arrangements for a self visit in the coming days."

He had also called the Mamata government to "restore credibility and bring to book the culprits who have chosen to tarnish our democratic fabric".

Bharatiya Janata Party (BJP) alleged that nine of its party workers have been killed in the post-poll violence. However, the Trinamool Congress (TMC) has been refuting the allegations.

On May 7, a four-member team deputed by the Ministry of Home Affairs had visited the Diamond Harbour area of West Bengal's South 24 Parganas district to assess the ground situation.

A five-member Constitution Bench of the Calcutta High Court had also ordered the West Bengal Home Secretary to file a report mentioning the places where the violence occurred and the steps taken.

In a letter written by the VHP working president advocate Alok Kumar, the Parishad had said the post-poll violence in West Bengal reminds of "the direct action of Muslim League."

Following the declaration of West Bengal Assembly poll results on May 2, incidents of violence had been reported in several parts of the state.