The family of the slain Kashmiri Pandit employee Rahul Bhatt had survived a terrorist attack on their hamlet in Sangrampora, Budgam, central Kashmir in 1997. Rahul was eight years old when Lashkar-e-toiba terrorists came to their village in the dark, handpicked seven young men, and shot them from point blank following which his family left for Jammu for safety.
Little did Bittaji Bhatt, the just-retired policeman father of Rahul, know that terror would revisit the family and take away his affable and good-natured elder son.
Rahul Bhatt, 33, was shot by an unidentified person in his office in Tehsildar Chadoora's office in Budgam district and he succumbed on the way to the hospital.
Rahul was among the first three Kashmiri Pandits to return to Kashmir after getting a government job under the Prime Minister’s Rehabilitation progrmme in 2010. 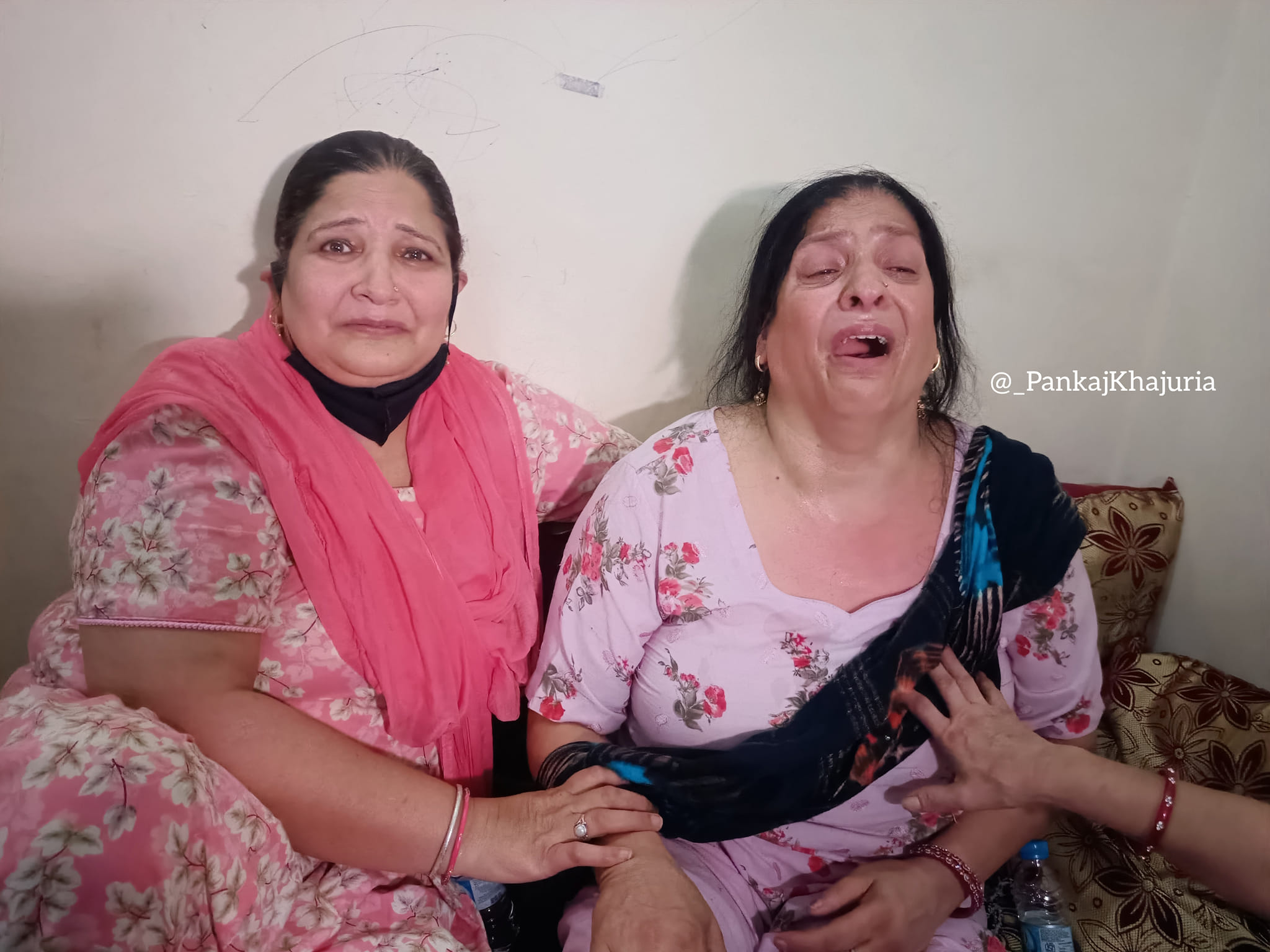 Rahul Bhatt's mother mourning the loss of her son
After the then 21-year-old Rahul Bhatt joined the revenue department in his home district of Budgam, Bittaji Bhatt also decided to restart his life in Kashmir; the family shifted back home and lived in the Migrant Colony at Sheikhpora in Budgam.
Rahul soon became popular among his colleagues due to his hard work and affable nature.  In 2010, he married Meenakshi and they have an eight-year-old daughter Gungun. Besides, he is survived by his parents and a younger brother.
The death of Rahul Bhatt at the hands of terrorists has deeply shocked his colleagues, who remember him as a person with the utmost kindness and humane qualities.
A senior lady revenue officer remembers Rahul as a “conscientious official who worked hard in the difficult times post-August 5, 2019, when Kashmir was under lockdown for a month after the abrogation of the Article 370.” “He worked day and night to help others and I am unable to deal with his death,” she told Awaz-the voice. He was popular among the public as an “official who went out of his way to help those visiting the Revenue office in Budgam before his recent transfer to Chadoora's tehsildar office, a relatively unsafe and unguarded office.
Tariq Ahmad, who worked with him, says he has no words to describe Rahul’s helping nature. The two had become great friends while working in Budgam for the past eight years. “If I try to tell you Rahul’s human qualities, there would be no ending,”, Tariq Ahmad told Awaz-the voice. “He would be always ready to help everybody coming across with their cases in the office, be it any widow, an elderly person, or a poor. “
“He was my neighbour,” says Muzamil Ahmed, an employee in the education department. the two had grown to be friends as they lived in the same neighbourhood in Budgam.
“In many cases, he would personally take the files of the aggrieved persons and get them cleared from the concerned higher officials. He would plead with senior officers that these poor people need help as they are not in a position to spend time and money going office hoping to push their cases and it worked," Muzamil said. 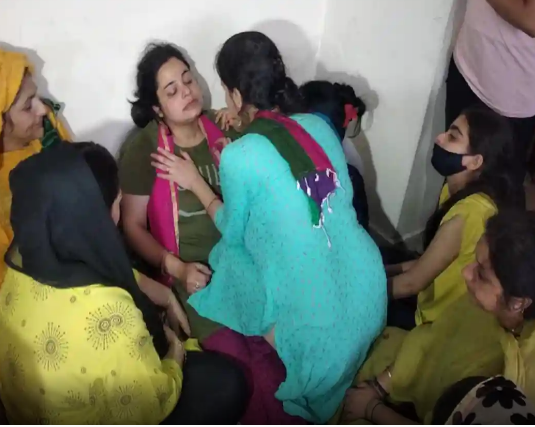 A distraught Meenakshi Bhatt surrounded by relatives and friends
After unidentified terrorists shot him in Tehsildar Chadoora’s office on Thursday, his colleagues shifted a profusely bleeding Rahul to Srinagar’s SMHS hospital without caring for their safety. He says all his colleagues were with the family till they decided to once again leave Kashmir and do Rahul’s cremation in Jammu.
Rahul's young wife Meenakshi Bhatt, who has since been offered a job in the government by lt Governor ManojSinha told ANI in Jammu, “He used to say everyone behaves nicely with him and nobody can harm him. Yet nobody protected him, they (terrorists) must've asked someone about him, otherwise, how would they've known."

The J&K government has set up a Special Investigating Team (SIT) to crack the conspiracy behind Rahul Bhatt's killing. The local SHO of Chadoora has been shifted and the government has ordered fresh postings of all Kashmiri Pandits employed in the Valley to the well-guarded offices. 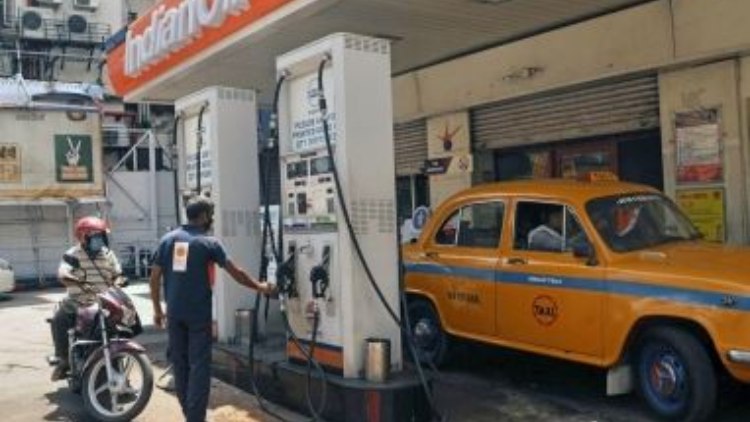 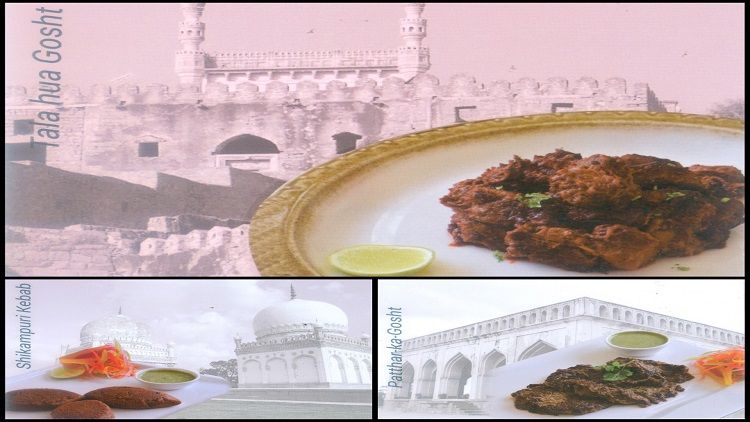