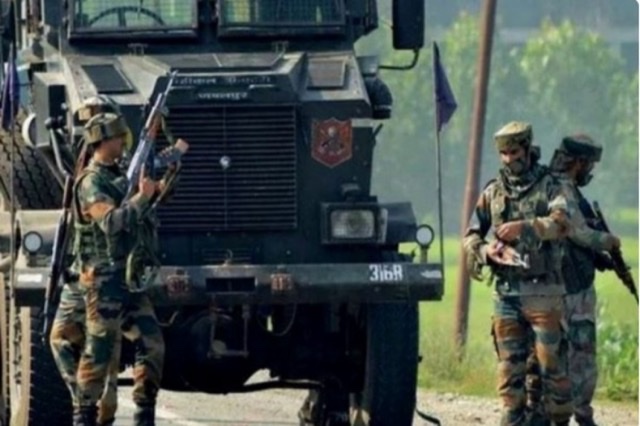 Security forces neutralised three local terrorists linked with the proscribed terror outfit Jaish-e-Mohammed (JeM) in an encounter in the Drach area of Shopian, said the police on Wednesday morning.

The encounter between security forces and terrorists had broken out last evening. Another encounter broke out early this morning in the Moolu area of Shopian, which according to ADGP Kashmir Vijay Kumar is in progress.

Two killed terrorists were identified as Hanan Bin Yaqoob and Jamshed, who, according to the police were involved in the recent killing of special police officer Javed Dar in Pulwama. "Killed #terrorists Hanan Bin Yaqoob & Jamshed were involved in recent #killing of SPO Javed Dar on October 2 at Pinglana in #Pulwama & an outside labourer from West Bengal on September 24 in Pulwama," tweeted the police.

On October 2, a local terrorist of the proscribed terror outfit Lashkar-e-Taiba (LeT) was neutralised by the police in a joint operation with security forces in the Baskuchan area of Shopian in J-K. The terrorist was identified as Naseer Ahmad Bhat of Nowpora Baskuchan, Shopian, according to ADGP Kashmir.

Based on a specific input generated by Police regarding the presence of a terrorist in the village Baskuchan area of Shopian, a joint cordon and search operation was launched by Police, Army (44R) and CRPF (178Bn) in the said area.

The police had recovered incriminating materials, arms and ammunition including one AK rifle from the site of the encounter. According to the police, all the recovered materials had been taken into case records for further investigation.