Abdul Hameed Bhat has been offered the position of Honorary Faculty at Sher-e-Kashmir University of Agricultural Sciences and Technology, Kashmir (SKUAST-K)

In recognition of his “love for the environment and nature”, which he has been nurturing over the past about two decades, Abdul Hameed Bhat, an entrepreneur here has been offered the position of Honorary Faculty by the Kashmir’s Agriculture University.

The Sher-e-Kashmir University of Agricultural Sciences and Technology, Kashmir (SKUAST-K) here in its letter to Abdul Hameed Bhat, owner of Raheem Motors on April 26, offered him the position of Honorary Adjunct Faculty (Professor) in the University for a period of two years.

Bhat, a High School dropout, has been keenly involved in various fields like environment, healthcare, education, sports and social work for nearly three decades since he set up his own automobile unit (Raheem Motors) at Hyderpora here in 1994. 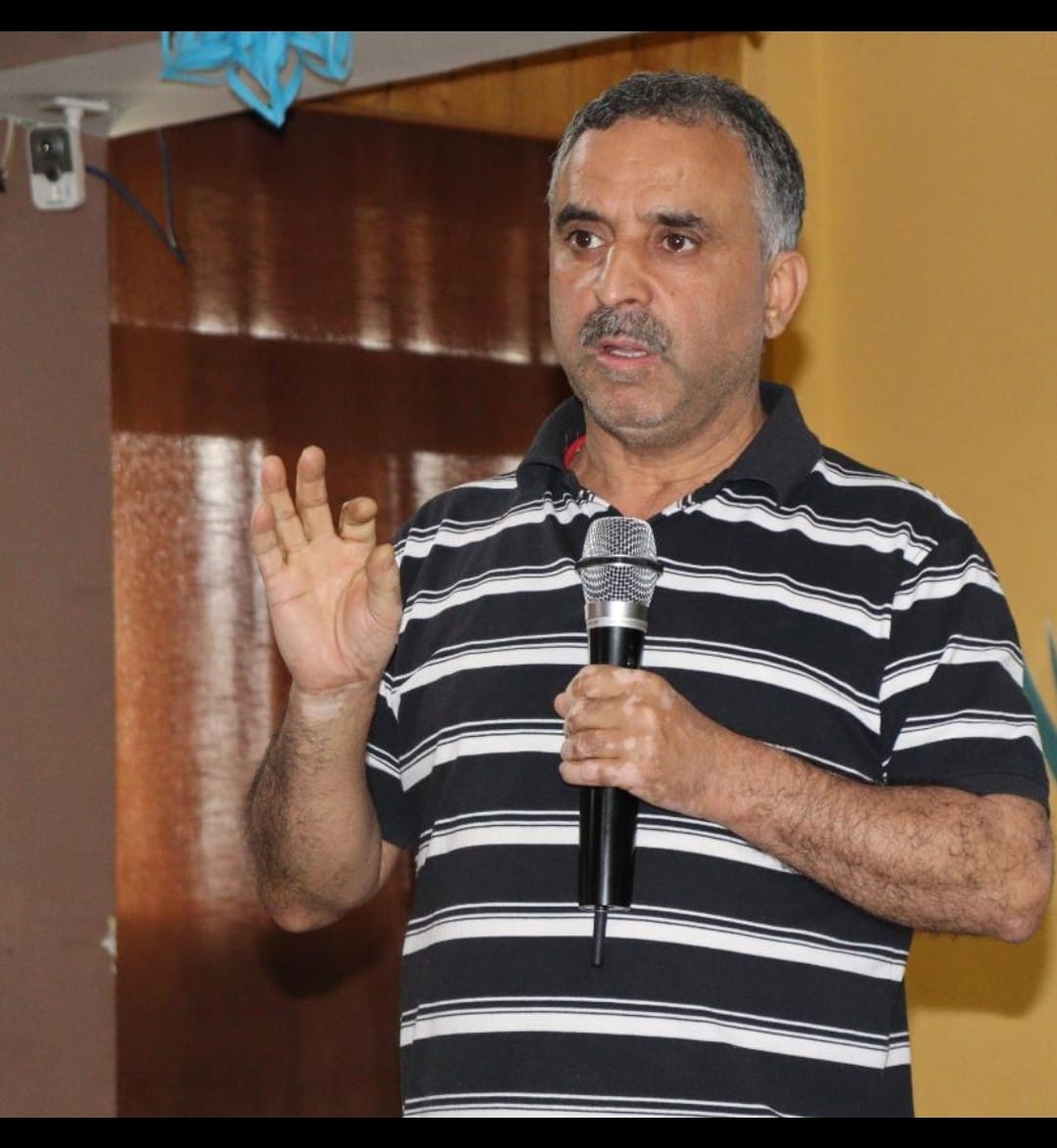 “In recognition of your vast contributions in area of entrepreneurship, education, healthcare, environmental sustainability, sports and plantation drives to revive green gold and as well as your acclaimed attributes of inspiring young minds, the University is pleased to offer you the position of Honorary Adjunct Faculty for a period of two years to imbibe thought provoking manifestations to our students and the faculty”, the letter from the Registrar, SKUSAT-K, Prof T H Masoodi reads.

“We at SKUAST-K strongly believe that your immense knowledge and wisdom will significantly contribute towards our institutional development which is an indication of our value and respect for your expertise and leadership attributes that can help our young faculty and students to open up new vistas in learning and overall professional development”, it added. The letter has addressed Bhat as the Chairman of Raheem Greens, his mission of planting one million trees in a period of 10 years.

He had already in 2009 taken up the task of plantation drive as part of the common man’s social responsibility (CMSR), planting nearly 25,000 pine trees every year by involving students and Government institutions. Bhat has been a motivational speaker in the SKUAST-K and several other educational institutions at all levels in healthcare, education, sports and campaign against drug menace. 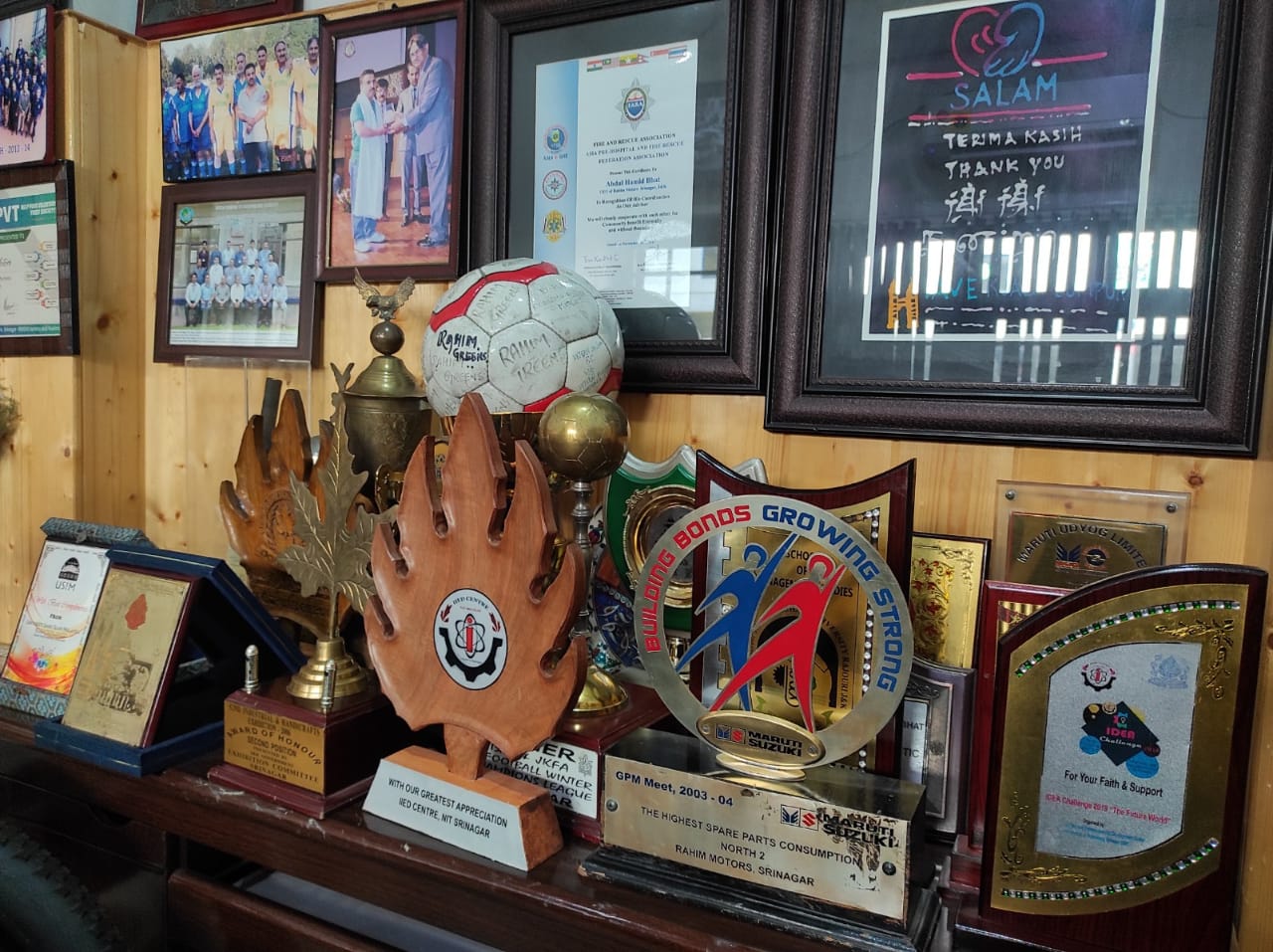 Accolades as won by the entrepreneur

“We will be planting one lakh (pine) trees every year so as to complete the one million target by 2030”, Abdul Hammed Bhat told Awazthevoice at his office, Raheem Motors at Rangreth. He said that the SKUAST has provided a patch of its barren land at Benihama near Ganderbal for the purpose. The nursery has already been set up in March. The care and maintenance of the plants and distribution would be undertaken by the varsity, while “we have undertaken the plantation on the land”, Bhat said.

“We will be making it a green belt with a plantation of two to three lakh plants in the area according to its capacity”, he said. The owner of Raheem Motors, an automobile workshop, Abdul Hameed Bhat, who is also Chairman of Raheem Greens, named after his father, has come a long way since he dropped out of high school in 1982. He worked as a mechanic at a scooter workshop for about five years, later setting up his own scooter workshop and finally setting up the automobile workshop, Raheem Motors at Hyderpora in 1994.

In 2008-09 Bhat recognized the social importance of planting pine trees instead of spending on printing annual diaries to advertise his business unit and instead investing by way of planting trees as a common man’s social responsibility. “The expenditure on one diary equalled the plantation of ten saplings'' ', he commented and added that people in general welcomed the plantation drive. As part of social responsibility, he initially provided ambulance services, Concentrators, wheelchairs for needy patients and associated himself with football and cricket clubs involving young sportsmen in the games and social work. 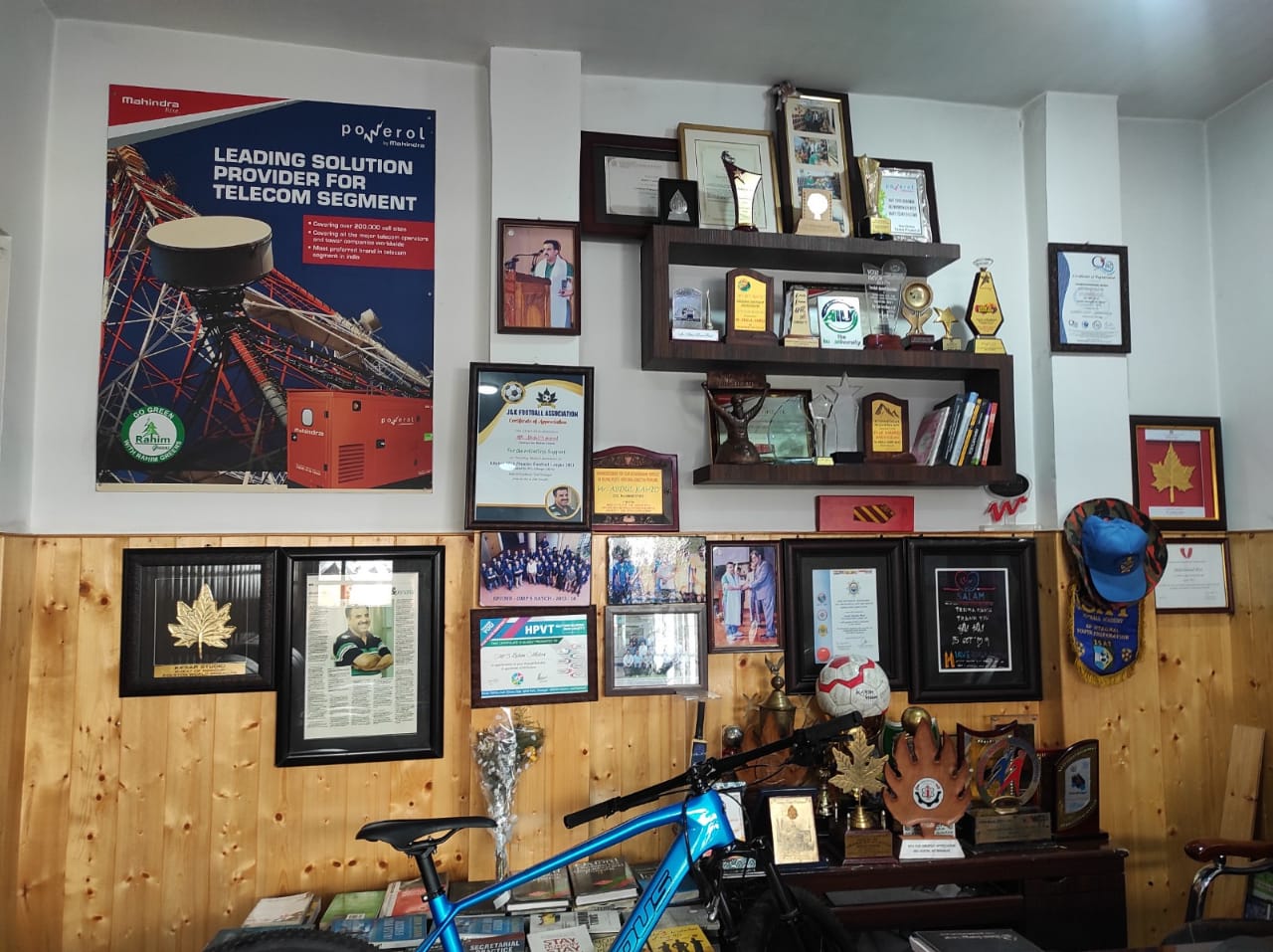 His date with planting pine trees also engaged him with students of colleges and universities in Kashmir. Beginning with recognition at the national and international levels, Bhat became a member of the International Association for Volunteer Efforts in 2010, and is also working with the UN SDG (Sustainable Development Goals) on climate.

He has visited abroad and participated in different environmental conferences in Singapore, Australia, Malaysia, South Korea, United World College, USA, which awarded him the fellowship , attended a conference in Harvard on Social Entrepreneurship in 2017, and an online (due to Covid restrictions) conference by Cambridge in 2020.