The family of Maulana wahiduddin Khan

A white-haired man with a wizened face and sharp features; seen always clad in cool white - Maulana Wahiddudin Khan remains a symbol of peace and divinity etched in the minds of all Indians. What he, as a Maulana and religious scholar, preached complemented his image of a spiritual guide to humans who are struggling to coexist amidst the diversity and plurality of faiths, language, religions, and the caste.

Maulana Wahiddudin Khan’s dervish-like countenance came from his educational background and training. He was a scholar who focused on the practical aspects of religion; urged showed to everyone that religion is part of life and above all always showed the way to peace in the context of the Qur'an. Moreover, he showed why dialogue should be preferred over confrontation and remained steadfast in his beliefs all his life.

Maulana Wahiddudin Khan, the Islamic scholar, had realized the need to clarify and explain the reality of Islam through modern scientific arguments and to present Islamic literature in a modern style. He was an expert on Islam and modernity. Maulana Wahiddudin Khan, who passed away at the age of 92 in April 2021, was popular among his critics because of his lasting message of peace and equality for all humans. As eminent scholar Prof. Akhtar Al-Wase said, Maulana Wahiddudin Khan used to draw great conclusions from ordinary events. 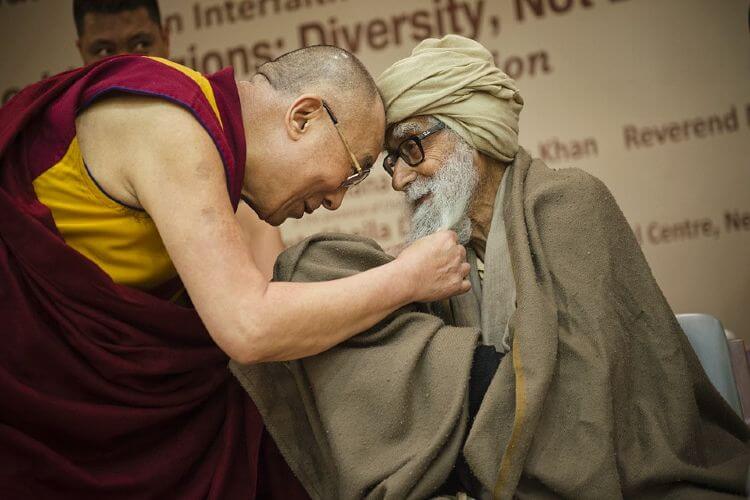 Maulana Wahiddudin Khan was born on January 1, 1925, in the remote village of Badhariya in Azamgarh, Uttar Pradesh. His father Fariduddin Khan was a big landowner and was held in high esteem by both Hindus and Muslims. His mother, Zeb-un-Nisa, was a homemaker who had to shoulder the responsibility of raising the family after her husband’s early death.

Maulana's early education was in an Arabic school. After graduating in Arabic and religious studies, he turned his attention to modern sciences. Through personal study, he learned English. After that, he started studying western concepts of modern sciences.

He continued to study and work in four languages ​- Urdu, English, Arabic, and Hindi – simultaneously.

He joined Jamaat-e-Islami, India, after the partition of the subcontinent and was its member for 10 years. He was also a member of the Central Majlis-e-Shura of the party but due to ideological differences he left the party in 1963 and published his critique, based on his experiences, under the name of 'Mistake of interpretation'.

Maulana Wahiduddin Khan established The Islamic Center for Research and Dawah in New Delhi in 1970 while he was associated with weekly Jamaat, to organize the work of Da'wah (religion)and to spread the message of Islam at home and abroad.

As the President of the Islamic Center, the Maulana began to perform religious duties. He took it upon himself to reform Muslims and build their minds on a positive basis and this work continues. Meanwhile, Maulana set up an organization called Center for Peace and Spirituality International to spread the message of Islam to the educated class of non-Muslims.

Under CPS, Islam’s message of peace continues to be conveyed to non-Muslims in the country and abroad, especially in the English language.

Maulana earned the sobriquet of Messenger of peace and was awarded numerous awards at national and international levels in recognition of his intellectual and da'wah services. Maulana received his first award of distinction from the Government of Pakistan in 1983 for his book, Prophet of the Revolution. 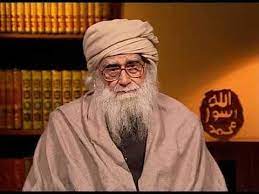 He has also received the Syed Nahsan Bin Ali Award from a Dubai-based NGO and the Life Achievement Award from the American Muslim Association (ISNA). In the year 2021, the Government of India posthumously awarded Maulana Wahiduddin Khan the second-highest civilian honor, the Padma Vibhushan.

Maulana Wahiduddin Khan’s mission and intellectual heritage is being carried on by his children. Although he had seven children, only three of them Dr. Zafarul Islam Khan, Dr. Farida Khanum, and Dr. Sani Yasnain Khan are carrying on his mission. 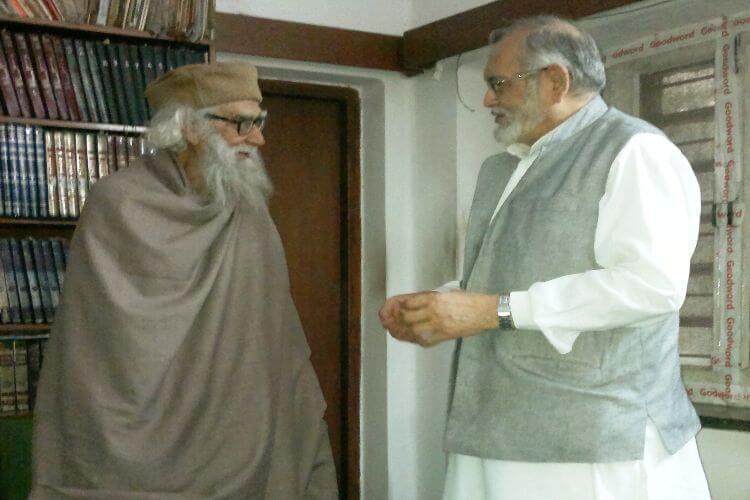 Dr. Zafarul Islam Khan returned to India in October 1987 after completing his Ph.D. at the University of Manchester. On his return to India, he established the Institute of Islamic and Arab Studies. From this institution, he started publishing his and other authors' works in English, Urdu, and Arabic. In addition, Dr. Zafar-ul-Islam Khan started publishing the English magazine Muslim & Arab Perspectives in 1993 and a quarterly magazine in Arabic called Majlis-ul-Tarikh-ul-Islami.

He has compiled the documents of the Palestine issue in an English book called Palestine Documents. The book was first published in 1998 and is used today as a primary reference worldwide.

He was elected President of the Muslim Majlis-e-Mushaurat for the two-year Meeqat of 2009-2008 and has now been re-elected unopposed as the President for the 2014-2013 Meeqat.

Dr. Farid Khanum is the daughter of Maulana Wahiddudin Khan. She did not get the opportunity to go to school and college for the first 15 years of her life but when she started her education she made scientific and research work the mission of her life. Farida Khanum has been instrumental in furthering the intellectual heritage of Maulana Wahiduddin Khan. It would not be out of place to say that Farida Khanum has imbibed most of the values and qualities of her father.

In 1959, Farida Khanum passed her matriculation examination from Aligarh as a private student. When the result came, she had failed in three subjects. It was not easy for a fifth-grader to pass the matriculation exam directly. She successfully took the first step in the field of education and topped Persian in high school and pre-university from Aligarh. Later,.she topped in Persian at the university and she received a silver medal. And he was awarded the Gold Medal.

In 1970, Farida Khanum had enrolled in a Delhi College in Persian Honors. However, on the advice of her father, she switched to English Honours.

Maulana Wahiduddin Khan started the English edition of the monthly Al-Risala in 1984 and he entrusted this publication to Farida Khanum. She was appointed as a Lecturer in the Department of Islamic Studies, Jamia Millia Islamia (New Delhi) in September 1994.

The incident of the day when Dr. Farida Khanum faced a job interview in Jamia Milia is recorded by Maulana in his book.

Apart from the English translations, Dr. Farida Khanum has written two books Maulana Maududi: Personality and Movement, a Scholarly Review, and Ahmat-ul-Momineen in Urdu. Arest of her books listed below are in English:

1. Life and Teachings of the Prophet Muhammad

3. A Simple Guide to Sufism

4. A Simple Guide to Islam

5. A Study of World's Major Religions

Dr. Farida Khanum resigned from Jamia to take responsibility for the Center of Peace and Spirituality International, established by her father.

Dr. Sani Yasnain Khan is involved in spreading the message of peace and Islam among children across the world. He makes, cartoons and caricatures in books for the children. His books for children are read in many parts of the world. As he makes these books interesting with his art, he can instill the spirit of high values, peace, truth, and honesty among them. 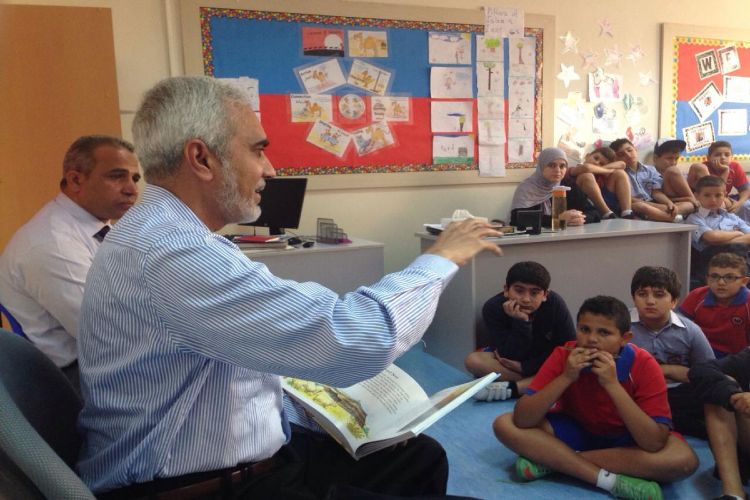 Sani Yasnain Khan has written many books for children. His first book  Tell Me About Hajj came out in 1999. This book was a huge success and became very popular in the Islamic world. The success of the first book inspired him and he continues to write more. He has so far written more than 100 books and sold more than 3 million across the world.

His name has been recorded in the Limca Book of Record (2007) for writing the maximum books only for children. He has received the "Sharjah Children's Book Award" from the government of Sharjah in 2013 for his English book The Story of Khadija.

Sani Yasnain Khan founded a fund called "Maktab-ul-Risala" in 1992. Under this, he started publishing Maulana Wahiduddin Khan's and other books in Urdu and English. This institute has so far published more than 1,000 books. High-quality and elegant printing is the hallmark of Good Word Books. This institute has a unique place in the world of Islam.

There is no doubt that Maulana Wahiduddin Khan was a man of sound voice and a preacher of peace, who fought against violence and hatred by combining Islamic teachings with Gandhian values. Carrying on his mission is a challenging legacy for his progeny in the trying times of today.