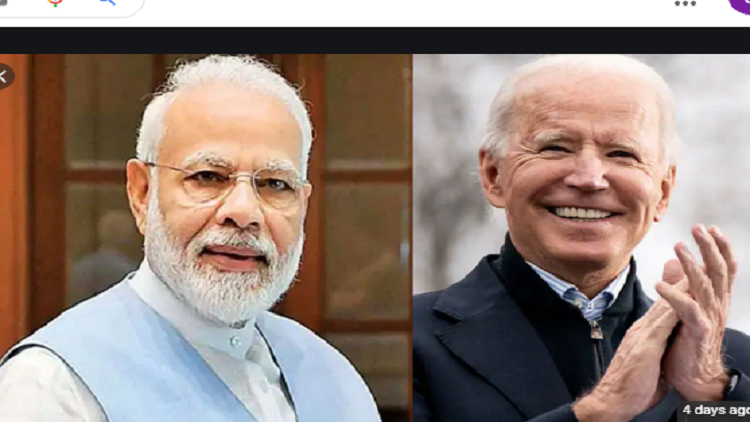 US President Joe Biden and Prime Minister Narendra Modi have committed themselves to work  closely on a range of issues from fighting terrorism and upholding territorial integrity to defeating the Covid-19 pandemic and rebuilding the global economy, according to the White House.

The call to Modi on Monday was among the first by Biden after he assumed office to the leader of a country outside the tight network of neighbours and treaty allies.

During their phone conversation, the White House statement said that they pledged to "stand together against the scourge of global terrorism."

"The leaders agreed to continuing close cooperation to promote a free and open Indo-Pacific, including support for freedom of navigation, territorial integrity, and a stronger regional  architecture through the Quad" (the regional group of democracies, India, the US, Japan and Australia), it added.

"The leaders agreed to stay in close touch on a range of global challenges and look forward to what the United States and India will achieve together for their people and for their  nations," the White House said.

In Delhi, government said PM Modi had extended an invitation to President Biden and the first lady Jill Biden to Visit India at the earliest available opportunity.

Modi tweeted, "President @JoeBiden and I are committed to a rules-based international order. We look forward to consolidating our strategic partnership to further peace and security  in the Indo-Pacific region and beyond."

In another tweet, Modi said, "We discussed regional issues and our shared priorities. We also agreed to further our co-operation against climate change."

The White House said that Modi and Biden agreed to work on rebuilding the post-coronavirus global economy "in a way that benefits the people of both countries."

They also committed themselves to "work closely together to win the fight against the Covid-19 pandemic (and) renew their partnership on climate change," according to the White House.

Myanmar, where the military has blocked the outcome of the recent parliamentary elections and arrested State Counselor Aung San Suu Kyi, who was the de facto head of the nation, and other leaders of the National League for Democracy, came up in their discussion.

Modi and Biden "resolved that the rule of law and the democratic process must be upheld in Burma," the statement said.

Biden has said that promoting and defending democracy around the world would be a cornerstone of his foreign policy agenda.

The statement said that during his call, "the president underscored his desire to defend democratic institutions and norms around the world and noted that a shared commitment to democratic  values is the bedrock for the US-India relationship."

It appeared to allude to the criticism of India by some politicians from his party as well as entertainment figures who back him over the farmers' protest and by organisations and  media outlets about what they say are curbs on freedom of expression.

Biden had not mentioned in his first foreign policy agenda-setting speech last week the Indo-Pacific region, which had been elevated by his predecessor Donald Trump in the US strategy to face the China challenge, or India.

But in that speech he had made clear that China is the prime adversary for the US.

In his call to Modi he has reaffirmed the importance of the Indo-Pacific region and the ties among the Quad, which was rekindled during Trump's presidency.

The White House statement on the call with Modi did not directly mention China, as it had in readouts of Biden's calls with Prime Ministers Scott Morrison of Australia and Yoshihide  Suga of Japan during which it said that they had also discussed the Indo-Pacific.

But the mention of support for "territorial integrity" in the discussion with Modi can be seen as a reference to the threats to India from China in the context of Secretary of State  Antony Blinken's remarks at his Senate confirmation hearings about "working with India so that no country in the region including China could challenge its sovereignty.