As per an official release by the Ministry of Culture, "The workshop will be held from 10th - 17th December 2021 at Bhubaneswar to creatively showcase the legacy of India's freedom struggle and our National pride on five scrolls of seventy-five meters. Similar workshops will also be held in other parts of the country."

This workshop marks a unique collaboration between the Ministry of Culture and the Ministry of Defence. It is intended to showcase our rich cultural heritage of indigenous and contemporary visual art practices, focusing on the diverse geographical locations of India.

Inspiration will also be drawn from the creative illustrations in the Constitution of India wherein the artistic elements painted by Nandalal Bose and his team have imparted a distinctive appeal.

As the entire program focuses on a collaborative effort, the National Gallery of Modern Art, New Delhi has joined hands with Kalinga Institute of Industrial Technology and Silicon Institute of Technology in Bhubaneswar for this artist's workshop.

It will be an embodiment of all that is progressive about India's socio-cultural, political and economic identity, which is intended to be prominently represented on the large scale scrolls as per the artistic vision of Adwait Garanayak, Director- General, NGMA.

At Bhubaneswar, the narratives would reflect the tales of valour from Odisha, Bihar, Jharkhand, Chhattisgarh, Bengal, northeastern parts of India and Andhra Pradesh with artistic expressions reflecting the indigenous forms of art such as Pattachitra, Talapatra Chitra, Manjusha, Madhubani and Jadupatua to name a few. 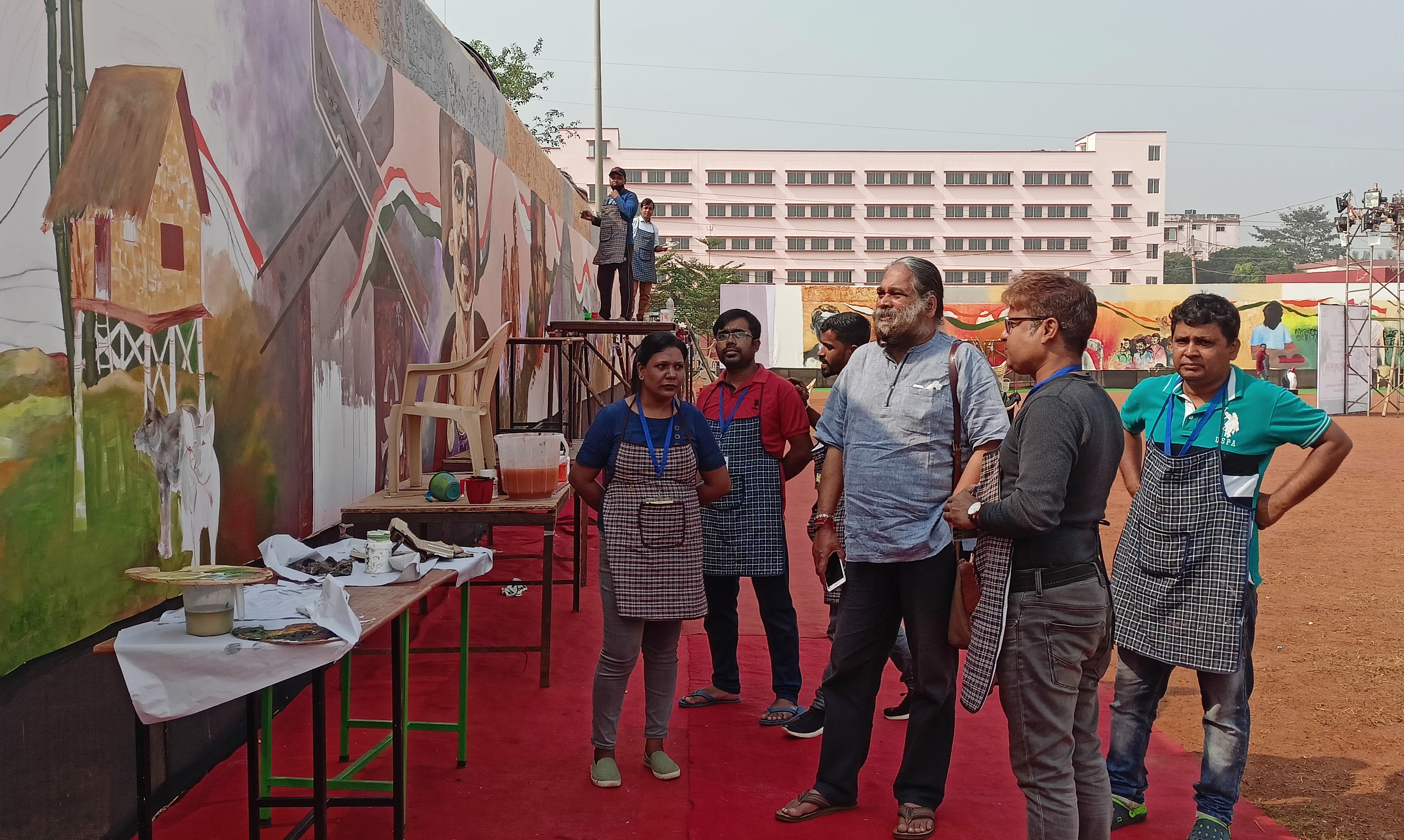 As the National Gallery of Modern Art, New Delhi takes these workshops to other parts of the country, many more forms of indigenous art will be weaved with the stories of the unsung heroes of India's freedom movement which will be a befitting artistic tribute to their struggles.