Shaukat's journey from war zone of Ukraine to home in Bihar Shaukat Alam
Shaukat Alam
I am a fourth-year student of the Medical College in Ivano, Ukraine. On February 24, I was in deep sleep in my hostel room when I was woken by a phone call. It was 4 am. The person at the other end asked me if Ivano had been attacked. I had heard no sound of an explosion and told him that nothing had happened.
However just to check, I opened the window of my room and the scene outside make me jump out of my skin.
Just about 500 meters away from my hostel, a big ball of fire was raging. This fire was triggered by a missile thrown by the Russians. The city of Ivano had come under the Russian attack on February 24.
There was panic around. I was terrified. We, the Indians, were worried about the next attack; we thought about how would we get our food in that case. Nobody left their rooms till the next morning.
On February 25, at 9 am, we all came out of our rooms and walked to the nearby supermarket to buy food items and groceries. There was a big crowd there. However, someone in the authority, probably, the city Mayor, had given an order that people can buy only limited quantities of food items. This way there will be equitable distribution of food and nobody would go hungry.
The day was normal. We, the students, spoke to the dean of the university in the evening and asked him to shift us. The Dean told us that a car will take all of us – the Indian students -to the border of Romania or Hungary the next morning.
However, a few hours later, the college authorities told us that the Indian embassy had not permitted us to move out. The Embassy directed us to wait for two or three days.
It upset us. At around 6 pm, we heard sirens blaring out and the Russian fighter jets were seen in the sky. I counted 11 fighter jets over the Ivano skies. All of us were dead scared. After this, we decided to reach the border by booking a bus or whatever mode of transport was available.
Our hostel was not a safe place anymore. We, a group of 50 Indians, boarded a chartered bus and within four hours reached the border. In a normal situation, the journey would cost us Rs 50,000 and here we had paid Rs 2.5 lakh!
The bus dropped us at some 15 km from the Romanian border. On the border, about 15,000 people were waiting to cross. However, no official from the Indian embassy was present there.
Some senior students of our university had reached a day earlier. Each one of them ad used different means of transportation to reach the border. They told us that the border was not open as yet and since there was no official from the Indian embassy present there we would not be allowed to cross.
On 26 February morning, we tried to speak with the Indian Embassy in Kyiv but nobody received our call.
At around 8 am, we were told that the border was about to open. However, nothing happened.  We were in a situation where nobody could guide us. It was around midday that a Malaysian journalist Elzing came to help us.
He made inquiries and informed us that a bus has been sent by the Indian embassy and it can accommodate only 10 people. We unanimously decided that girls should be sent first as it was unsafe for them to be out in the open. As the girls boarded the bus we handed over our luggage to them. In all, 21 girls had boarded a ten-seater bus. 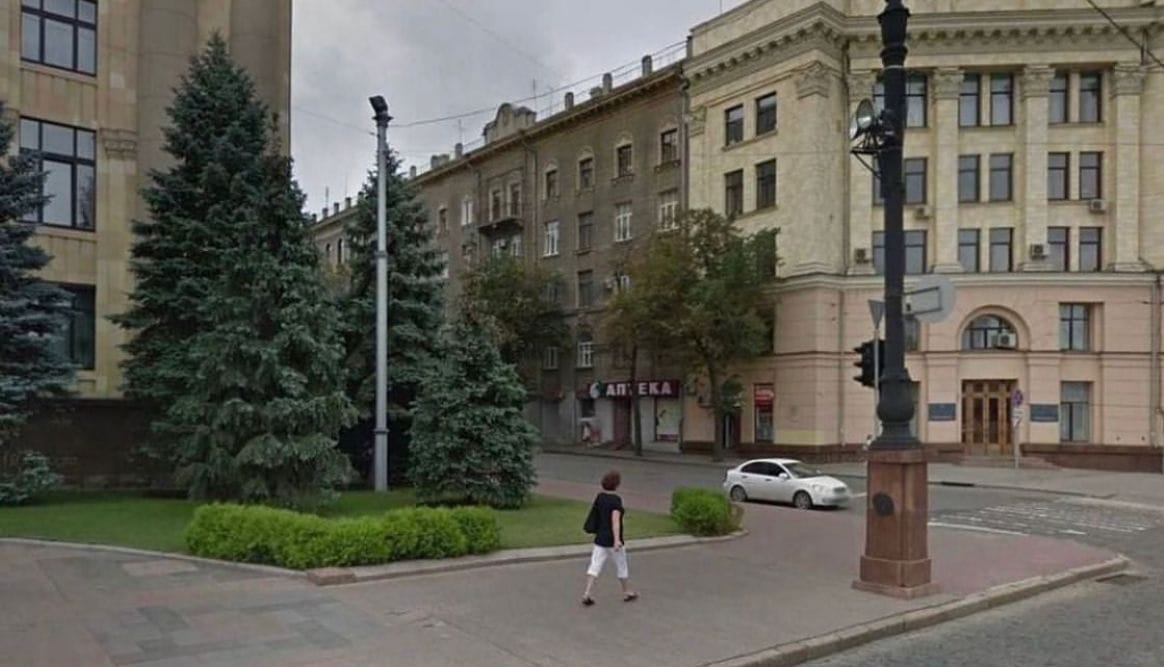 The city of Ivano, Ukraine
The men were waiting for the next sortie. In the afternoon, Mamata Madam from the Indian Embassy along with another person came to us. They informed us that a 75-seater bus would reach us by 6 pm.
At 7 pm there was no trace of the bus. We were informed that it is delayed because of the traffic jam and the huge rush of people wanting to cross the border. At 8 pm we were finally told the plan has been canceled as the Romanian government didn’t permit the bus.
We were directed to join the queue and wait for our turn before crossing the border. About 15,000 people were standing in the queue. Across the border, the Romanian government officials were stationed and they would put a stamp on the passports. On the other side of the border, the queue was about a km long and comprised some 5,000 persons.
I suddenly spotted two women who were in pain and I reached them. Both of them were Ukrainians and had children in their laps. They were finding it difficult to manage the children and the pieces of luggage. The Ukrainian government has allowed only women and children to leave the country as men were required to defend the country against Russian aggression.
I saw them struggle and instinctively rushed to their help. I offered to pick up the luggage of the women. The border troopers who had stopped me earlier let me go with the women. Near the immigration queue, the officials asked the women where they would go. They said they had come from Dnipro, 1600 km away, and has no place to go.
After getting my visa stamped on my passport at the immigration counter, I was inside the Romanian territory. I saw men and women of all ages - from a 12-year-old child to a 60-year-old person working as volunteers.
Everyone was eager to help those entering Romania. It was quite cold there. The volunteers were offering tea and snacks to everyone. They also offered to make arrangements for the stay of the immigrants. It was already dark as we had crossed the border around one o'clock.
I told the officials that I had to go to the Indian Embassy. As there was no Indian embassy bus around, the woman official asked me to board a bus that took me to a hotel arranged by the Romanian government.
We were served dinner, given towels and soap to freshen up, and also blankets to sleep. I woke up at 11 am and realized I was the only Indian there. It was a little scary. I asked the reception the direction to the Indian Embassy.
I again had to wait for the bus to go to the Indian Embassy. I had no choice. I waited till evening. Then around eight o'clock, I asked a security man about the bus of the Indian embassy. He told me that I would have to wait till the next day.
I told them that my flight was the next day and therefore I must reach the embassy that day. The person spoke with someone - probably his senior and told me that he will book a taxi for me. He even paid 200 euros for the fare.

The taxi took me to Bucharest where the Indian Embassy is located. Later I went to the airport where I met Arijit sir of the Indian Embassy. He was of great help. I had to stay at the airport for 14 to 15 hours to catch my flight to Mumbai on 28 February.
On March 1, I reached Patna from Mumbai. My ticket was booked by the Bihar government. On the orders of the District Magistrate, I was dropped in a car till Purnia Bayasi, my hometown.
(As told to Sultana Parveen in Purnia)