Shihab Chittur and the route of his pilgrimage journey (Images from Dr Shihab Chittur's social media posts)
Mansooruddin Faridi/ New Delhi
When Dr. Shihab Chittur began his journey to Saudi Arabia for Hajj on foot 60 days ago, little did this Kerala man know that his sojourn will become a mass movement with people of all faiths and government machinery across the Indian States becoming part of his journey of faith.

Shihab Chittur, 29, had started from a Kerala village - the name of which he is keeping a secret, probably to avoid media rushing to his family - in July and plans to reach Mecca in March 2023 where he will perform Hajj. His plan involves walking 25 km a day though at times he has even walked 30-40 km.

His journey is 8,500 km long and the route is across Pakistan, Iran, Iraq, and Kuwait and ends in Saudi Arabia. 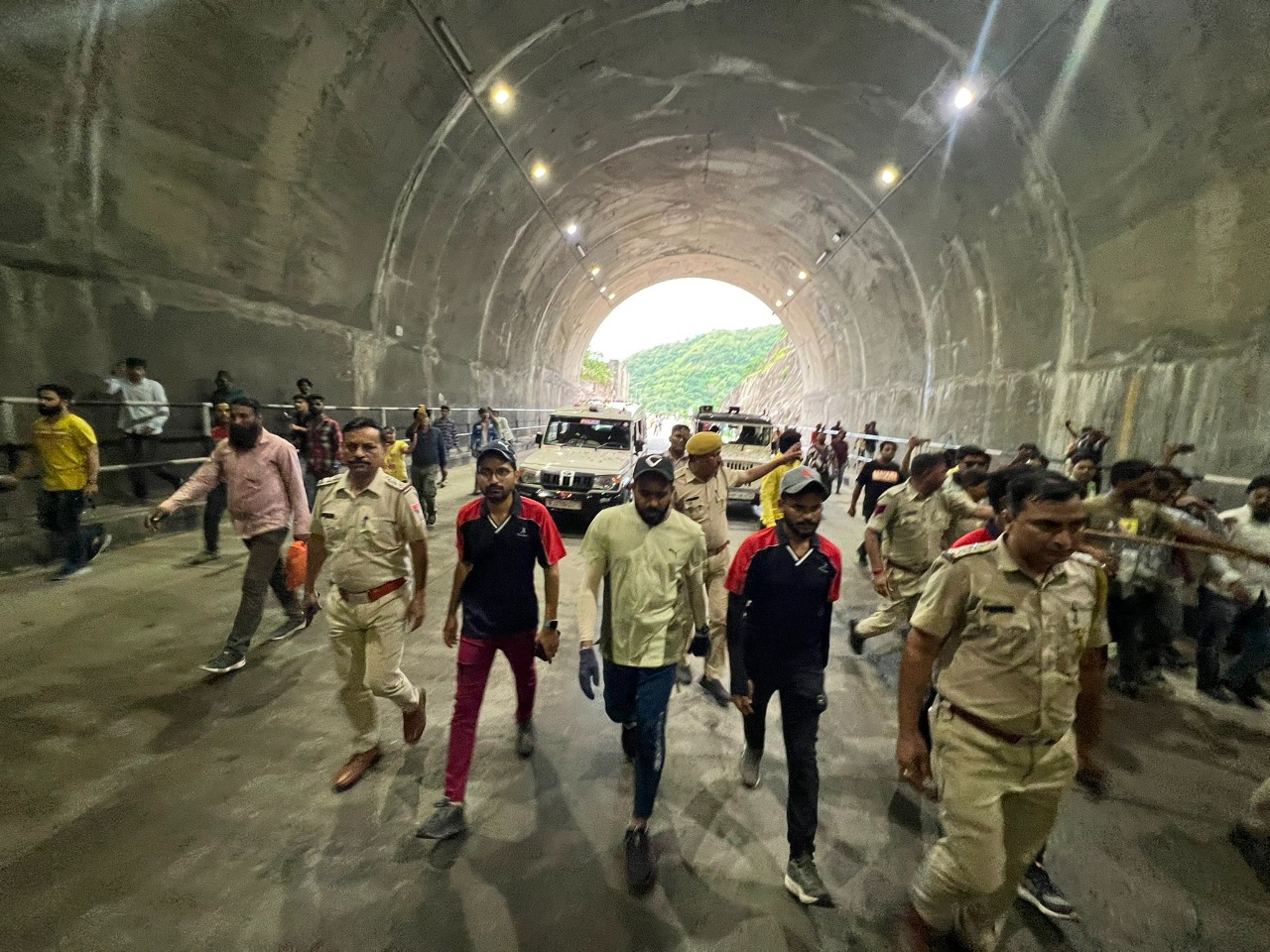 Shihab Chittur passing through a tunnel in Rajasthan
This medical doctor may be on a spiritual and devotional journey in the best traditions of India, yet it has become a movement with people receiving him in each state and district, showering petals on him, and the police and district administrations taking care of his security.
The reason for the public interest is what is a personal journey is his YouTube channel and his Instagram page on which Shihab posts videos documenting the progress of his pilgrimage almost daily.
As soon as he crosses a State or a district, people – of all religions -join and start walking with him. As there is official permission for him to travel on foot, the officers of the administration chip in with ambulances and security apparatus. 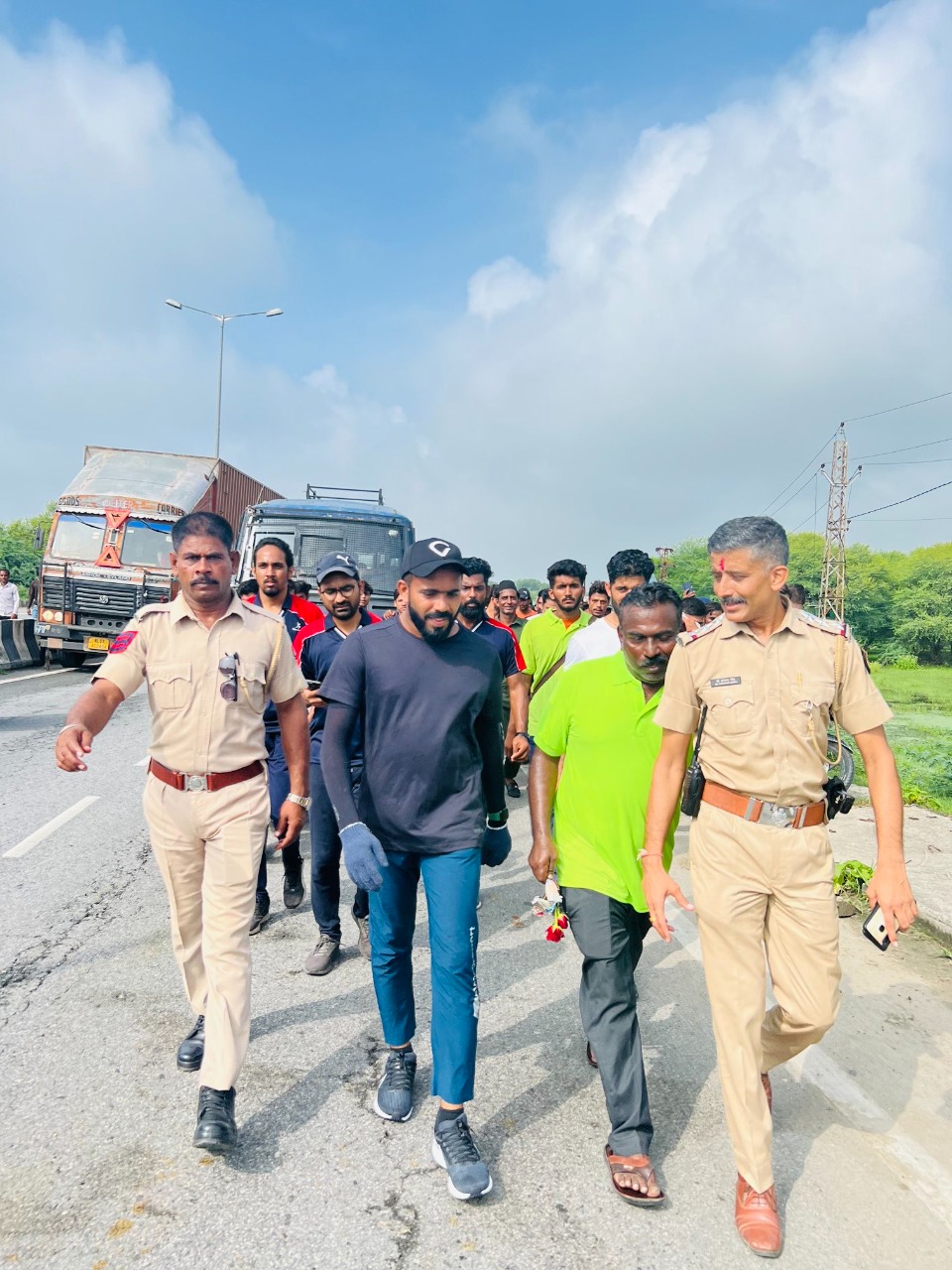 Two months after taking off on his journey, Shihab realizes that he had started alone but now he is leading a procession wherever he goes.
Shihab is overwhelmed with the response and he often advises people not to clog highways or roads while walking with him.
He says the moment he planned to undertake the journey and applied for permission from the Ministry of External Affairs, he was not disappointed. His paperwork was quickly processed and permissions granted. 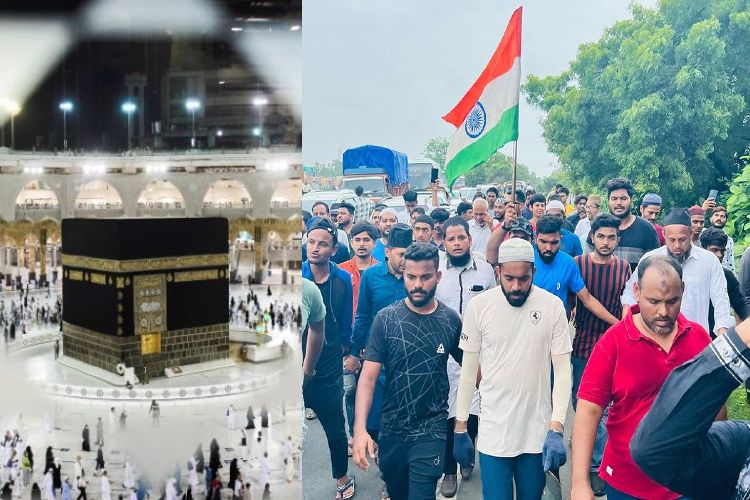 Shihab is being followed in each state and district.
Chittur says he faced no problems in planning the trip. “I was helped step by step and there was no confusion or obstacle in the preparation," he said in one of his social media posts.
The Ministry of External  Affairs completed documents enabling him to pass through various countries. Right now he is completing his journey in Punjab and would soon enter Pakistan via the Attari border in Amritsar.
The love and support of the public were unexpected and it has left Shihab Chittur overwhelmed. He mentions the grand reception he received in Gujarat, where the police and administration made him so special. He thanked the people and administration of Gujarat for their hospitality and support. 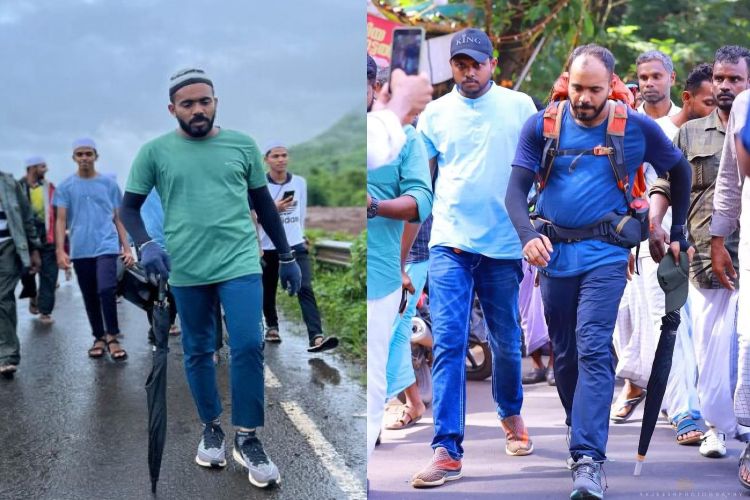 In his home state, people lined up to meet him on the streets and roads. In some places, he was showered with flowers and laying flowers on the roads.
Shihab Chittur has opted to ignore the controversy kicked by religious scholars on the Islamic jurisprudence on his action. One side says it’s a choice while the other group says it amounts to physical torture and therefore not allowed in Islam.
In all the districts he passes through, the police are strict about his safety. “Wherever I pass, the local police are with me. An ambulance is moving along to take care of everyone’s safety and health. People are helping me along the way,” he says in one of his videos.
Whether it's a bright or a rainy day, people walking with Shihab Chittur, take selfies with him and praise him. He says, “I am surprised to see people's unconditional love; this is the beauty of our country...” 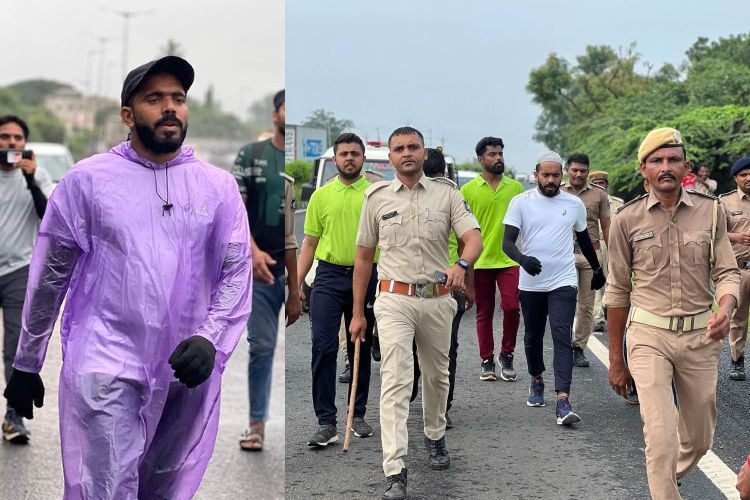 Wherever he passed through Kerala, every city and every village was one for him. There were people on the streets. Someone was showering flowers and someone was laying flowers on the roads.
Shahab Chittur says that he had no idea that his journey would become the center of attention in this way.” I am grateful for the vigilance and love showed not only by the people but also by the administration and the police.”
Shihab Chittoor’s journey to Makkah is the first ever such journey being attempted in the 21st century.
For Shahab Chittoor, this journey was not only tough or challenging because of walking but also a lot of effort had to be put into its preparation and approval. It took about 6 months to get permission to go on Hajj on foot. Shihab Chitur says, “I did not lose heart, kept going round the embassies in Delhi, and finally got permissions.” He says even MEA officials were surprised to get his request since they too had no idea of how to go about his mission to visit Makkah. It was the first such case before the MEA.
He convinced the officials that his journey was for a spiritual purpose and then they pulled all stops to get his requisite permissions
Shihab Chittur says that it was his childhood to walk to Makkah. "I have been hearing stories of people trekking from Kerala to the holy land of Mecca since childhood," he says. As a child, I had a dream that I would go to Mecca on foot.

Shihab Chittur's trip is being closely followed by netizens due to his social media posts. He is on Instagram, Facebook, and Twitter and posts videos on these social media platforms every day.

He is being followed by lakhs of people on these platforms. Also with each passing day, his followers are increasing.