Sir Syed's journey from a thinker to a change-maker 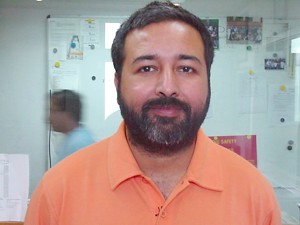 Syed Ahmed was a multifaceted personality. He was a writer, journalist, historian, jurist, thinker, educationist, parliamentarian, social reformer, and above all a great man with a scientific outlook and sense of mission. He started his career as a civil servant at the age of 22.

He was 30 when he wrote a Aasar-us-Sanadid on the historic monuments of Delhi. Eight years later in 1855, he published a new edition of Ain-i-Akbari, a 16th-century work by Emperor Akbar's advisor Abul Fazl.

Renowned historian Prof M. Mujib says, “He studied Persian and Arabic in his childhood. He was interested in mathematics and astronomy. He also studied medicine and practiced it for some time.(Indian Muslim p. 447).

After the Great Rebellion of 1857, Sir Syed Ahmed began an 'examination of the style and art of the British'. According to G.F.I. Graham, the first biographer of Syed Ahmed Khan, soon after the first war of independence, he did an in-depth study of the situation of his co-religionists in India.

He believed that the education given to the Muslims in logic, philosophy, Arabic literature, and religion was completely inadequate. They were not studying Geography, modern arts and sciences, and history. Keeping this in mind, he propagated his ideas on education. His motto was 'Education, Education and Education' (The Life and Work of Sir Syed Ahmed Khan, pages 47-48.

Syed Ahmed believed that all socio-political diseases of India can be cured by this treatment. His formula was: fix the root and the tree will flourish he once said that "knowledge of science and technology is the only solution to the problems of Muslims."

In 1858 when he was Sadar-us-Sudur (Deputy Judge) in Moradabad, he made his first move at propagating education by opening a school exclusively for the study of modern history.

Graham goes on to say 'According to Syed Ahmed's conjecture, no book in the original language is suitable for this branch of study, thus the idea of ​​'Translation Society' came to his mind.

In 1862, Sir Syed Ahmed was transferred to Ghazipur district in eastern Uttar Pradesh, and on his way to his new place of posting, he wrote the first commentary on the Bible, the first attempt by a Muslim. Prof M. Mujib, says, 'Whatever Sir Syed did, it was painstaking.

All his scholarly work was planned with great precision. His commentary on the Bible was an attempt to show that there is no disagreement between it and the Quran.

(The author is a senior journalist, formerly with the BBC)