Suspected blast in Jammu village ahead of PM Modi's visit 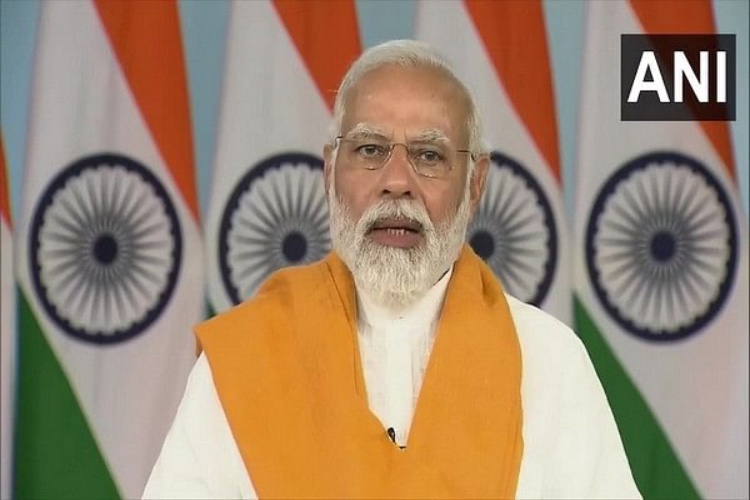 On a day when Prime Minister Narendra Modi is embarking on his first major visit to Jammu and Kashmir, the police said that people in Lalian village in the Bishnah area in Jammu reported a suspected case of a blast.

"A suspected blast was reported by villagers in open agricultural land in Lalian village, Bishnah, Jammu," said Jammu and Kashmir Police on Sunday. The investigation into the suspected blast is underway. Meanwhile, security checks are underway at the venue in Palli village in Samba from where PM Modi will address the Panchayats across the country. On the occasion of National Panchayati Raj Day, Prime Minister Narendra Modi will visit Jammu and Kashmir today and address Gram Sabhas across the country.

He will inaugurate and lay the foundation stone of multiple development initiatives worth over Rs 20,000 crore. With a view to ensuring the rejuvenation of water bodies, during the visit to Jammu and Kashmir, the Prime Minister will also launch a new initiative named Amrit Sarovar. It is aimed at developing and rejuvenating 75 water bodies in each district of the country. Prime Minister will inaugurate the Banihal Qazigund Road Tunnel, built at a cost of over Rs 3,100 crore.

The tunnel would help establish an all-weather connection between Jammu and Kashmir and bring the two regions closer. Further, PM Modi will lay the foundation stone of three road packages of Delhi-Amritsar-Katra Expressway, being built at a cost of over Rs 7,500 crore.

They are for the construction of 4/6 lane access controlled Delhi-Katra-Amritsar Expressway from: Balsua on NH-44 to Gurha Baildaran, Hiranagar; Gurha Baildaran, Hiranagar to Jakh, Vijaypur; and Jakh, Vijaypur to Kunjwani, Jammu with spur connectivity to Jammu Airport. This will be PM Modi's first major trip to the Union Territory, other than his trips to border posts, since the abrogation of Article 370 and special status of Jammu and Kashmir in August 2019.