‘577 teachers on panchayat poll duty died of COVID in UP’ 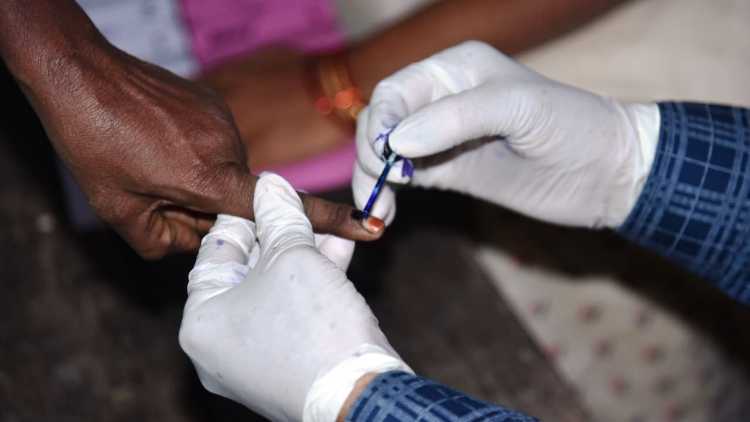 UP Panchayat polls: A poll official inking a man's finger to denote that he has cast his vote

Various teachers' unions in Uttar Pradesh have claimed that 577 teachers and support staff died of COVID while on panchayat poll duty in the state.

The unions have given a list of the 577 deceased persons to the Uttar Pradesh State Election Commission (UPSEC). The list sent by Dinesh Chandra Sharma, president of UP Shikshak Mahasangh (UPSM), has names and addresses of the 577 teachers and shiksha mitras.

The unions have now asked teachers to stay away on counting day, May 2.

On Tuesday, the Allahabad High Court had sent a notice to the SEC seeking explanation on Covid preparedness and the alleged deaths.

"The court's issuance of the notice has not benefited teachers because the next date of hearing in this case is May 3, which is a day after counting day. What was needed was postponement of counting at least, if not the fourth phase of elections on April 29," said a teacher leader.

Special work officer, SEC, S.K. Singh had issued a letter to all the district magistrates and district police chiefs, asking them to check the veracity of the reported deaths.

Sharma said they are yet to receive information on the health of teachers on election duties from several districts like Fatehpur, Balrampur, Shamli, Aligarh and Hamirpur.

"I am afraid about the numbers. Their families are also affected. The situation is extremely critical," he said.

He further said, "We had requested the SEC, after there was a surge in cases on April 12, to postpone the polls but our request was ignored. We may be forced to boycott counting duty," added Sharma.

District presidents of another union, Rashtriya Shikshak Mahasangh, have also given a memorandum to the SEC's office in all the districts of the state.

Officials have gone ahead and organized a training session for the staff on counting duty on Wednesday.