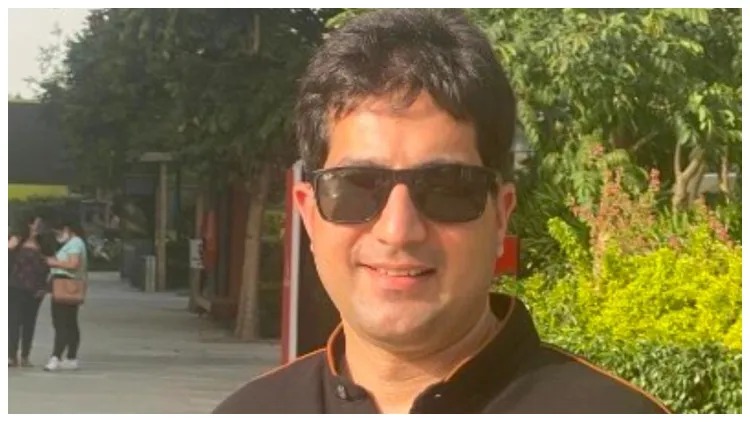 Shah Faesal, the UPSC topper of the Civil services examination, 2010, believes that COVID pandemic could be one of the main reasons for falling numbers of Muslims in the civil services results this year.

This Kashmir-born officer, who announced his resignation from the Indian Administrative Service in 2019, says that he knows many aspirants who didn’t get access to coaching centers and study material because of the lockdown and the Covid-related restrictions.

“Covid pandemic created a lot of mental health problems among students because of the trauma associated with this disease and the death of close family members,” he told Awaz-the voice.

"But it is not that Muslims were the only ones affected", he adds. "The data across the world suggests that the pandemic had a disproportionately high impact on the life of people from socially and economically backward communities and same is the case with our country".

Only 29 Muslim figure in the list of 761 candidates recommended by UPSC for appointment to various services for the year 2021. The civil services exam whose results were declared on 24 September saw a reduced number of Muslims compared to previous years being selected.

Shah Faesal, however, reiterates that everyone should be clear about the selection process for the IAS/IPS: “The UPSC is agnostic to the religion, region, language, and caste and the social background of the candidates remains unknown till the final list is released. The interview panel doesn't know the marks obtained by the candidates in the written examination”,

He says the entire selection process is blind to the candidate's profile. Talking about his personal experience he believes that Muslims should not have any misgivings about the selection process and as an institution the impartiality and fairness of UPSC has stood the test of time.

Muslims in India, he says, have historically been under represented in the civil service because of various factors.

Firstly, there is less awareness among Muslims in comparison with others about the exam. And then the overall socio-economic status of Muslims also plays a role.

"Most of the coaching centers for IAS/IPS examination are located in big cities like Delhi, Mumbai, Hyderabad, Chennai, etc. The coaching is expensive and a drain on the resources of a candidate. Even among the Muslims, it’s the resourceful ones who can afford the coaching and the cost of living away from their homes in big cities during that phase who succeed in higher number.  Regular candidates from lower sections of Muslim society–are therefore at a bigger disadvantage.

Faesal however appreciates the role of various residential coaching centers started by the government like the one at Jamia Milia Islamia for improving the representation of Muslims in the civil services.

“However, more such institutions need to be set up,” he said.

Faesal became a role model for the youth in Kashmir and across India after he topped the UPSC examination despite being from from a backward area in Kashmir valley and after his father, a government school teacher, had been gunned down by terrorists in 2002.

He continues to guide and mentor the youth of all religious and social denominations across India for UPSC examinations and international education.

Faesal says besides him a number of other successful officers are guiding and helping the youth to clear the UPSC examinations in J&K and outside.

He admits that role models do help in generating awareness and act as motivators. He says people like Tina Dhabi and Abdul Ghani Mir (Kashmir) are role models whose success has inspired the youth of their respective communities.

To a question whether Muslims' preference for other careers is a reason for the declining number of successful candidates in the UPSC final list Faesal says, "I am not sure if that would selectively bring down the representation of this community. No doubt changes are happening at all levels and today's youth would want to explore opportunities outside the government also”.

About Muslim youth, he concludes that that all young people including Muslims have common aspirations and dreams: they want to be successful, have money, and live their life to the fullest. “Data doesn’t support fears about Muslim youth being any different in their outlook about India or life at large,” he says.

He debunks claims that Muslim youth in India are getting radicalized. “Despite having a huge Muslim population, Indian Muslim youth never got attracted to global terrorist organisations like ISIS or al Qaeda which only tells that Muslims are not maladjusted in India.”

About Kashmir, Faesal says he is watching the situation keenly and is happy with the developmental programs being launched there. “This year we had a great footfall of tourists despite the Covid and that is quite encouraging. People have been hiking a lot and the economic activity is picking up. We must appreciate the good work whosoever does it”