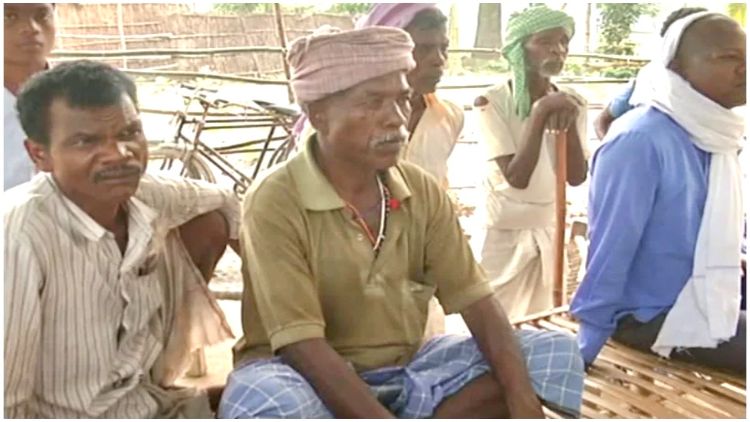 Seven decades after the partition of the country, a ‘Pakistan' remains inside India and that too within 'Srinagar'.

This Pakistan is in fact a hamlet in the Purnia district of Bihar and part of the Srinagar revenue block.

Another interesting fact about India’s Pakistan is that it’s home to a community of scheduled tribe people; not a single Muslim lives in this village.

Given the unending tensions between India and Pakistan, the locals don’t like being called residents of Pakistan. They have petitioned the government for changing the name of their village since it brings umpteen problems and social disapprovals for them. 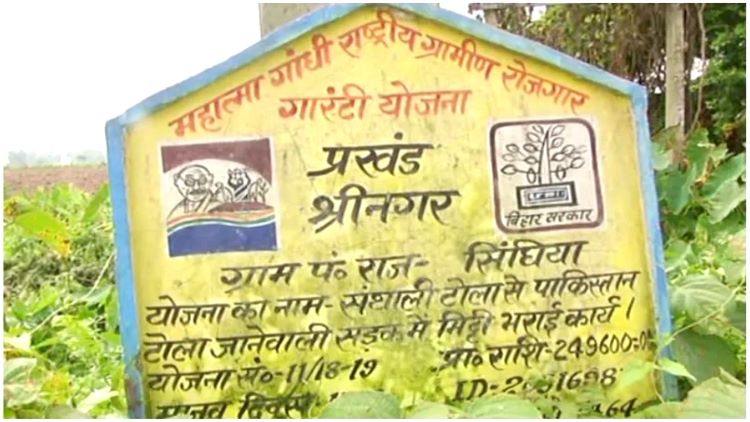 A sign board about developmental work with 'Pakistan's name

Nobody is sure how this village got this name. The village is listed as Pakistan even in the official records of Gram Panchayat Scindia (Srinagar block).

Only tribal community people live in this village. The total population of this hamlet is about 1,500. The tola (hamlet) is very backward; basic facilities are non-existent. There is no school, no hospital. The nearest school to Pakistan is two kilometres away. Whereas the hospital is at a distance of about 12 kilometres.

In the name of development, there are unpaved roads.

Only after the Tola got highlighted in media for its unique name, the administration woke up and launched schemes like a cleanliness campaign, MNREGA, Anganwadi etc.

How did the village get its name from Pakistan? No one has concrete information about this. People only know that at the time of partition of India in 1947, it was inhabited by Muslims who left for the new country. 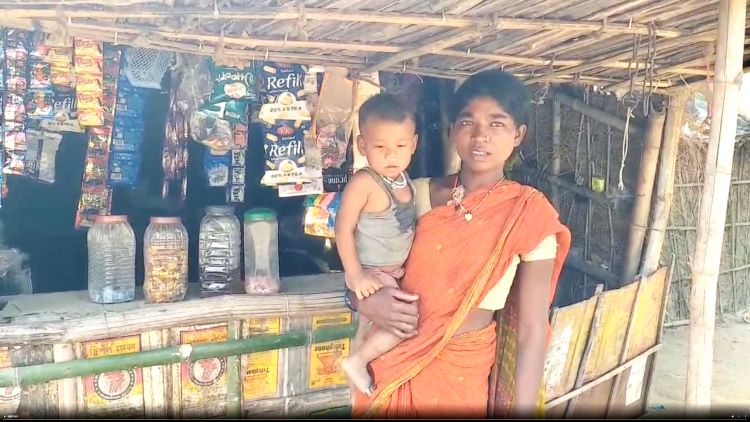 A village woman in Pakistan

There is also another story, which is related to the Indo-Pak war of 1971. It is said that during the war some refugees from East Pakistan came here and they settled in the tola. These refugees named their hamlet Pakistan. They went back after the formation of Bangladesh. But the name of the area remained as Pakistan Tola.

As Pakistan is increasingly seen involved in spreading terrorism in India there a common antipathy towards that name Pakistan. Even the villagers have come to dislike this name.

As a result, the villagers have started a campaign to change the name of their village.

Villagers say that they are facing many problems due to the name of their village. Even fixing the marriages of sons and daughters is problematic since other villagers don’t want to have social contacts with the ‘Pakistanis.”

Locals say they are identified as from “Pakistan and wherever they go, people want to involve them in a conversation on Hindustan-Pakistan. 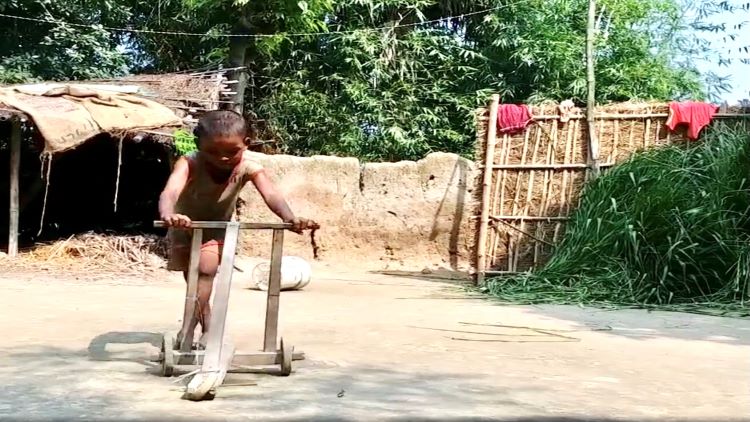 A child playing in Pakistan

The villagers want to name their village 'Birsa Nagar after Birsa Munda, the tallest of the tribal leaders and a folk hero.

The campaign to change the name had gained momentum two years ago. A collective application was submitted to the Block Development Officer for forwarding the same to the District Magistrate.

Om Prakash, the current Block Development Officer of Srinagar, told Awaz-the Voice that the name of this settlement with a tribal and Dalit population under Srinagar block is still Pakistan.

He said that he has not received any proposal for a change of the name of Pakistan. Om Prakash explains that to change the name of the tola, the proposal has to be sent to the Census Department and the Bihar government by the District Magistrate. Only after that, a village can be re-named after the publication of a gazette notification.

He is not sure what happened to the earlier application of the villagers of Pakistan.