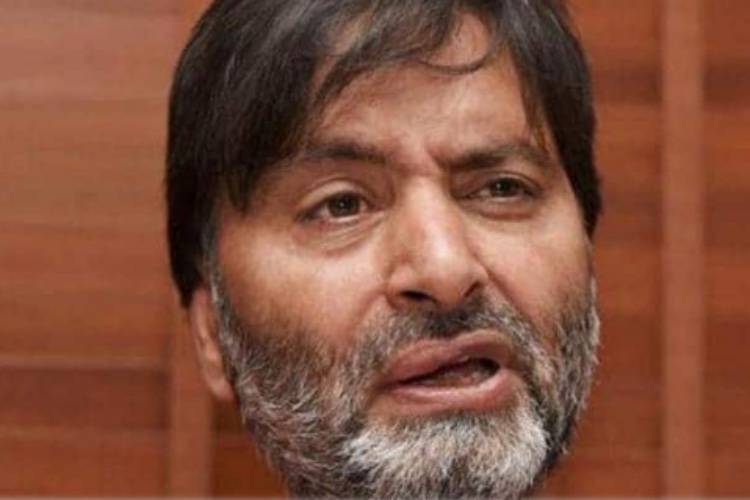 Three decades after he had allegedly shot dead the unarmed Indian Air Force (IAF) in Srinagar, separatist leader Mohammad Yasin Malik on Tuesday pleaded guilty to all the charges, including those under the Unlawful Activities Prevention Act (UAPA), before a Delhi court in a case related to alleged terrorism and secessionist activities that disturbed the Kashmir valley in 2017, court sources said.

According to the Jammu-based newspaper Daily Excelsior, Malik told the court that he was not contesting the charges levelled against him including section 16 (terrorist act), 17 (raising funds for the terrorist act), 18 (conspiracy to commit terrorist act), and 20 (being member of terrorist gang or organisation) of the UAPA and sections 120-B (criminal conspiracy) and 124-A (sedition) of the Indian Penal Code. Special Judge Praveen Singh will hear on May 19 the arguments regarding the quantum of sentence for the offences levelled against Malik in which the maximum punishment is life imprisonment.

Yasin Malik is the chief of the Jammu and Kashmir Liberation Front, an outlawed terrorist organization that had launched terror strikes in Kashmir in the late eighties. The group was involved in the high profile abduction of the then home minister Mufti Mohammad Sayed’s daughter Dr Rubaiya Sayed and got five top ranking terrorists released from jail in lieu of releasing her. The incident is considered to be the game changed in Kashmir when the tide turned in favour of terrorists.

Malik was released from the jail under some political understanding. He admitted to Tim Sebastian of the BBC on television to have been involved in the killing of the IAF officers and said,"In a big movement, such small things happen.” His free status and participation in seminars and intellectual exchange meetings, was seen as travesty of justice and failure of the Indian State to deal with terror with a firm hand. Malik is married to a Pakistani painter Mashal Hussain and they have a daughter.