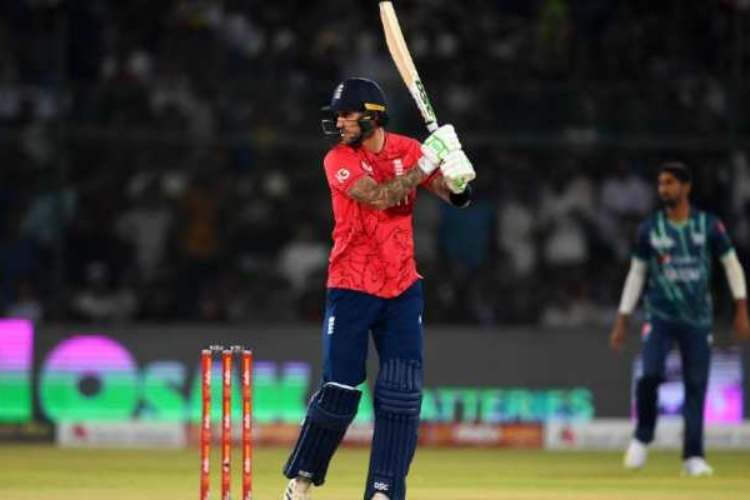 England opening batter Alex Hales, returning to the side after more than three years, blasted a half-century as the visitors defeated Pakistan by six wickets with four balls to spare to take a 1-0 lead in the seven-match T20I series on Tuesday.

With Pakistan and England priming for the ICC T20 World Cup in Australia, Hales' stunning return to the international game - aided by seven boundaries - and Harry Brook's hitting at the back end, helped England overhaul Pakistan's 158/7 in 19.2 overs.

Pakistan, on the other hand, were once again troubled by their lower-order batting, which again failed to fire, though the openers looked reliable.

The second match of the series takes place on Thursday in Karachi.