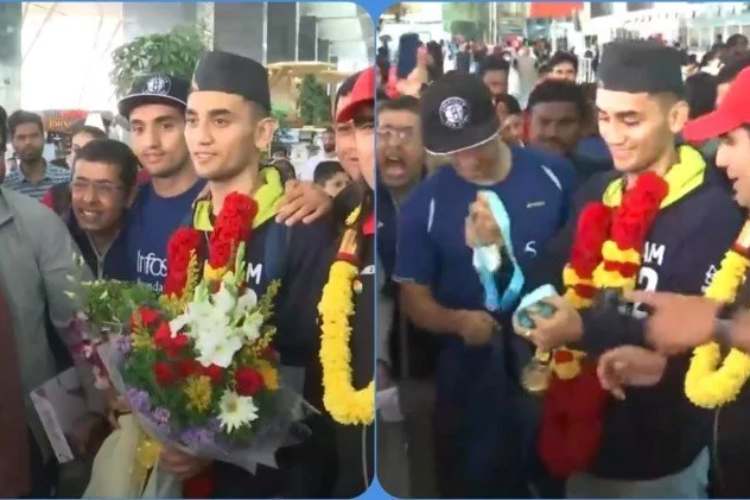 Lakshya Sen received a warm welcome at the Bengaluru airport

The shuttler wasted no time and shook a leg with his fans and loved ones in celebration of his successful first CWG campaign.

Among those present at the airport to receive him were his coach at the Prakash Padukone academy, Vimal Kumar.

Lakshya Sen clinched the country's second badminton gold of the day on Monday, defeating Malaysia's Ng Tze Yong in the final of the men's singles category. Sen staged a comeback to win a thrilling match 19-21, 21-9 and 21-16.

He was also the part of Indian mixed team which won a silver medal. India lost to Malaysia by 1-3 in the final.

The Indian contingent had a great outing in Badminton, in which it won six medals in total, consisting of three golds, one silver and two bronze medals.