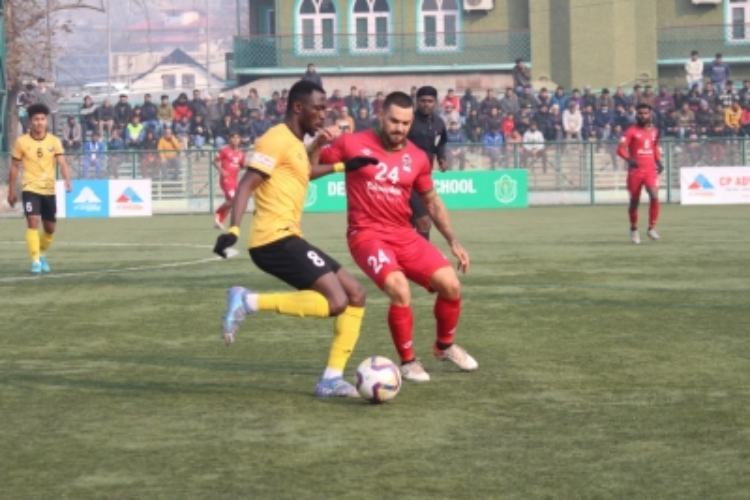 Real Kashmir continued their unbeaten run in the 2022-23 Hero I-League with a 1-0 win over Churchill Brothers at the TRC Stadium on Monday.

A second-half header by the substitute Ibrahim Nurudeen proved enough for the hosts as they defeated Churchill Brothers for the first time in the I-League.

Churchill Brothers maintained possession right from the first whistle. However, the first major chance of the game fell for the home side at the quarter-hour mark as midfielder Yakubu Wadudu's shot was deflected onto the post by goalkeeper Albino Gomes.

In the 18th minute, Real Kashmir's Lalnuntluanga Bawitlung took a powerful shot from 30-yards out but the Churchill custodian Albino Gomes made a great save, diving to his left to keep the ball out of his goal.

With this result, the home side remained at the top of the table with 10 points from four games (three wins and a draw), while the Goan side have just a single point from their four outings.