FIFA WC: Breathtaking Brazil beat Switzerland 1-0, storm into Round of 16 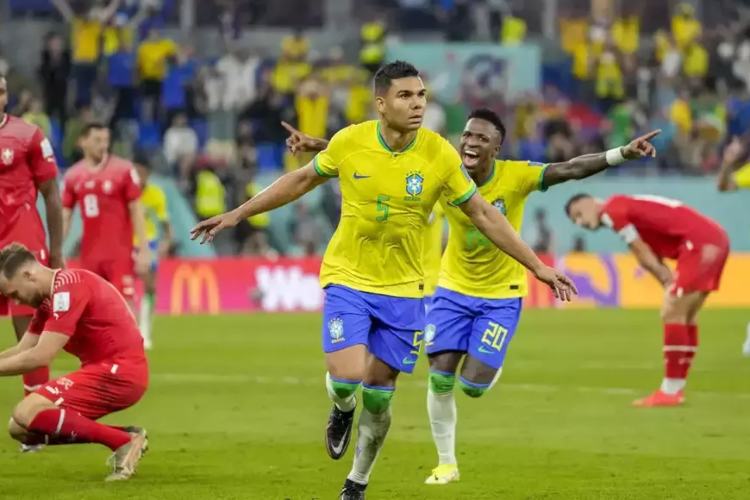 Brazil confirmed a place in the knockout stages after they prevailed over Switzerland following Casemero's 83rd-minute late winner at Stadium 974 in a Group G fixture in the ongoing FIFA World Cup on Monday.

Brazil appeared to be missing the panache provided by Paris Saint-Germain (PSG) star Neymar as they repeatedly tried to sneak through Switzerland's tenacious defence only to return without a goal.

Switzerland was saved by VAR once when Vinicius' goal was declared offside, but Brazil penalised them with Casemiro's stunning shot to secure a win.

The second half began with both teams pushing each other to find the lead, resulting in two yellow cards in the initial minutes of the half.

Switzerland made two consecutive attempts to score in the 53rd and 54th minute but failed to finish, denying them a goal to take the lead.

Real Madrid star Vinicius Jr finished brilliantly to score in the 64th minute as the team burst into a celebration which lasted for a moment after the goal was called offside.

They finally took the lead in the 83rd minute after Casemiro blasted the ball into the Swiss goal, helping his team advance to the round of 16.