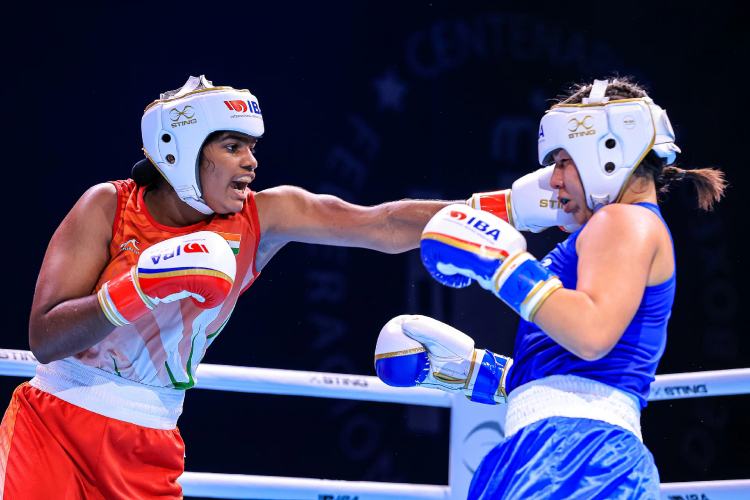 The 2022 Youth Asian Championships silver medallist Kirti (+81kg) and Devika Ghorpade (52kg) were the other two boxers to confirm medals by securing their spots in the Last-4 stage.

Tamanna began the day for India on an aggressive note as she outperformed Japan's Juni Tonegawa by a unanimous decision in the women's 50kg quarter-final. Devika also notched up an easy 5-0 win against the German boxer Asya Ari.

Muskan (75kg) and Kirti proved too strong for their respective opponents - Mongolia's Zyeinyep Azimbai and Livia Botica of Romania - as they were declared winners by the Referee Stops the Contest verdict within the first three minutes of their respective bouts.