Safina Baig, the first elected woman chief of the J&K Haj committee has plans up her sleeves for streamlining the functioning of the Haj House in Srinagar and improving the facilities for the pilgrims.

Speaking with Awaz-the Voice, Safina Baig said her priority was to generate revenue for the Haj House and make it financially viable. To begin with, she said, it has been accepted by all that the Haj House remains functional only for three months of the year during the annual pilgrimage and it’s like a fallow land for the rest of the time while needing maintenance and salaries for the staff. 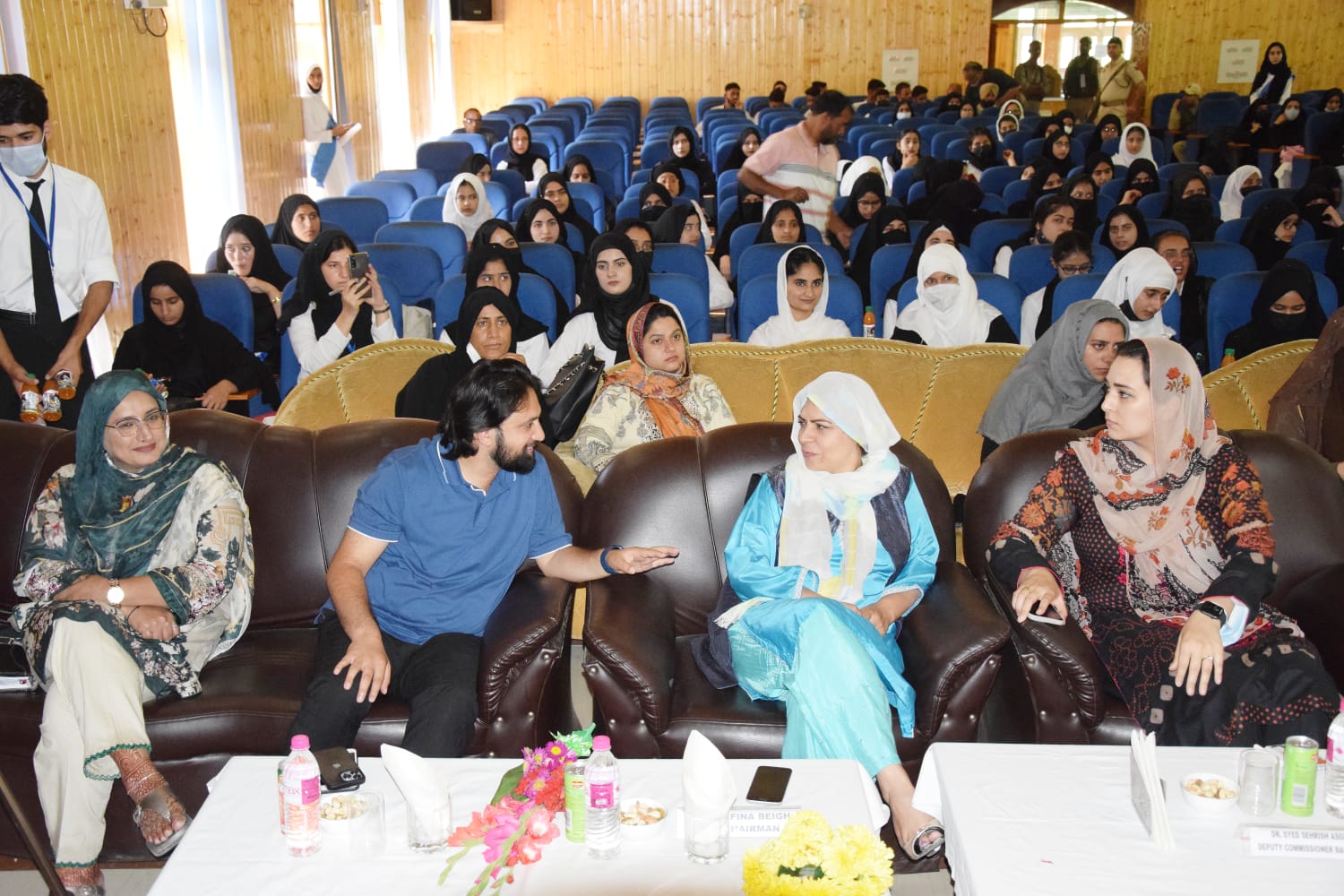 To change this, she proposes to provide Umrah (Performing Haj any time of the year) services for pilgrims during the rest of the year.

Besides the huge halls of the Haj House will be available on rent for organizing Conferences  to generate revenue.

Safina Baig was elected on August 25 as the first woman head of the J&K Haj Committee. Interestingly, in the erstwhile J&K state, this position was usually held by Chief Ministers in an ex officio capacity.

Safina is also the first elected woman Chairperson of District Development Council (DDC), Baramulla. The first ever elections to Panchayats were held in the UT in November-December, 2020. 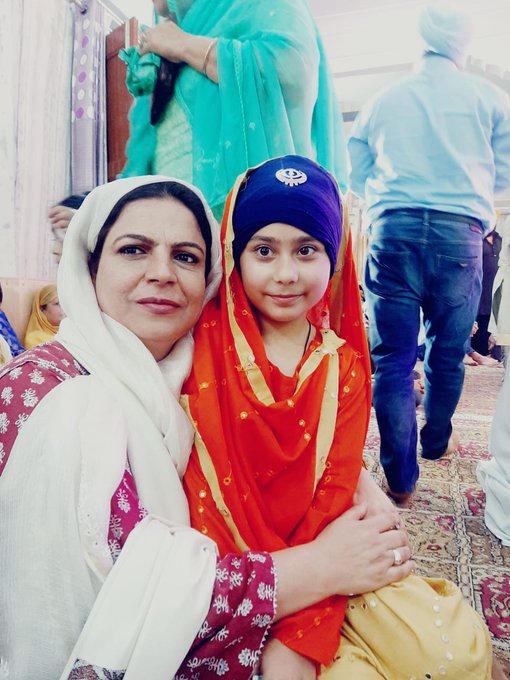 Safina Baig with a school students at a cultural show in Baramulla  (Picture courtesy: Twitter)

Safina says her position as Chairperson of the Haj Committee for a Muslim-majority region not only demanded a “religious handling but is also a great administrative responsibility.”

“Safina is also the first elected woman Chairperson of District Development Council (DDC), Baramulla. The first ever elections to Panchayats were held in the UT in November-December, 2020.

Safina says her position as Chairperson of the Haj Committee for a Muslim-majority region not only demanded a “religious handling but is also a great administrative responsibility.” She also wants to fix the accountability of Khuddam-e-Hujaj, volunteers, who are arranged by the Haj Committee to serve the pilgrims by guiding and helping them.

“We have created online services and Whatsapp groups for monitoring their services at different levels”, she said. The authorities will take action against any lapse in services.”We gave to have a mechanism to address the complaints of pilgrims. Also we want to make sure the Khuddams are not repeated annually.” 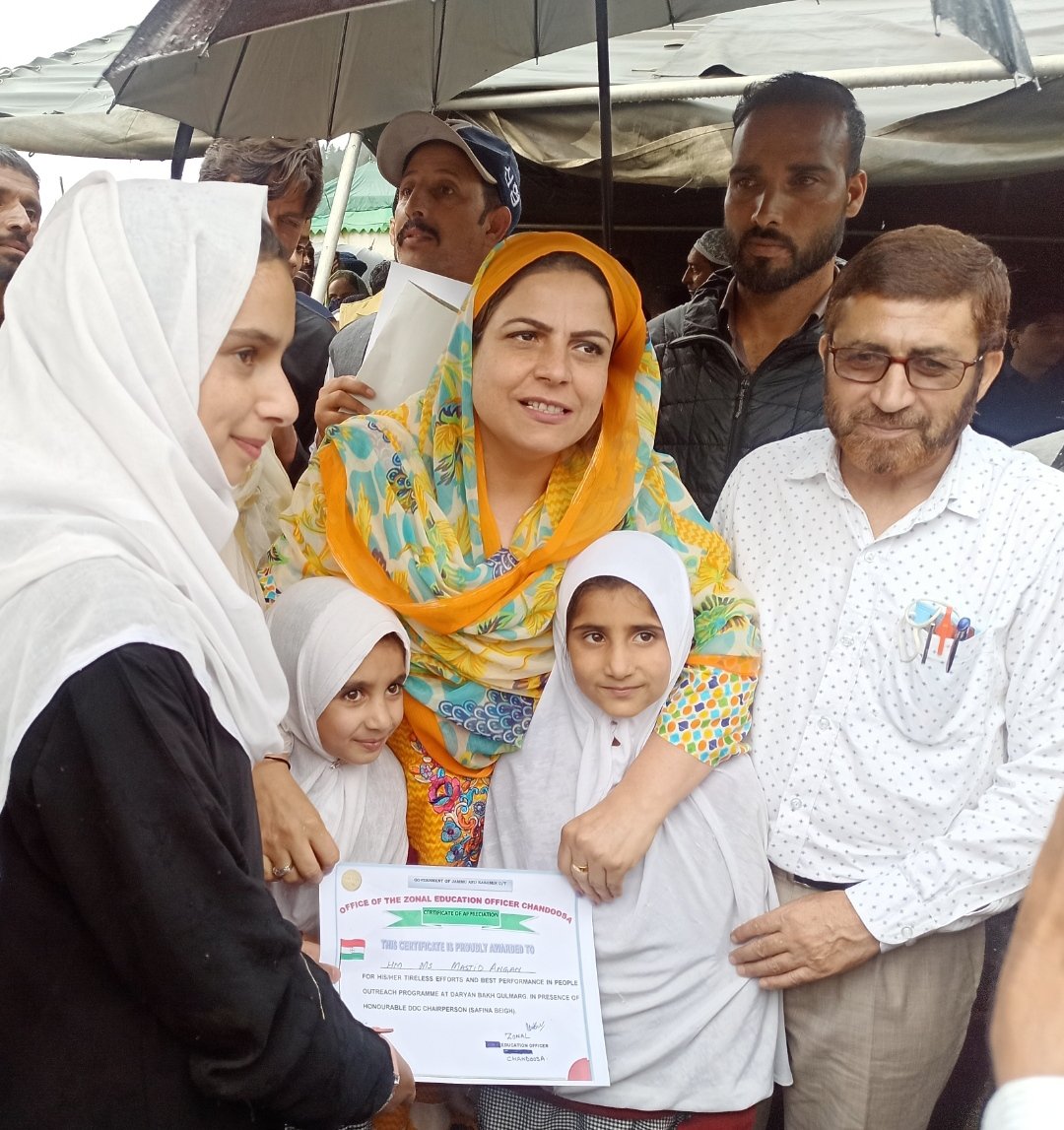 Other issues to be addressed include suitable accommodation for the Haj pilgrims from J&K during the pilgrimage, proper medical facilities and to address the issue of selecting a comfortable flight service and adequate transport services at Makkah.

Haj committee under her will take up the issue of non-payment of rent by the J&K government for using the Haj House as the Covid hospital for two years.

For her any job demands “dedication, honesty, and sincerity.”

While Safina believes that one must not think of rewards even as a homemaker or a professional, she believes, “in society, women are the best affairs managers.”