Zoya overcomes her identity crisis with a byline 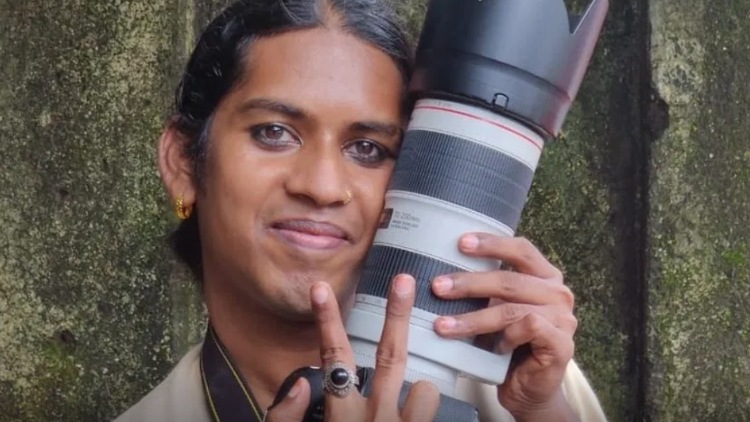 Zoya was born in a normal family of Mumbai. She was very young when her father died and her mother had to shoulder the responsibility of raising Zoya and her sister. She was also hesitant to share her sexuality with the family because of the conservative attitude of the society and the negative perception about the LGBTQ plus community.

However at the age of 18, it became difficult for her to hide her identity and she shared the truth about her with the family.

Life only more difficult for here after that. She had to leave her family home and be on her own. She began life by begging in local trains.

In her interview with MAC Cosmetics, Zoya said, “Today when my sister sends me compliments after reading about me in the newspapers, I feel that now I am accepted. I want to tell parents that if you have a trans child in your household, please support them. Educate them so that they don't have to beg in local trains."

However, during the days she was begging in local trains, she got a chance to play a small role in a short film titled Hijra-Shap Ki Vardan. This film received a lot of praise and established her identity.

According to a report published in the website Feminism in India, "It was in this program that he met the co-editor of 'College Times' who recognized his abilities and appointed him as a reporter. Although even during this time she had absolutely no idea that her life was going to change, yet Zoya realized that she had a special interest in clicking pictures with her camera.

She raised the money by begging and bought a second-hand camera for the first time. She kept trying to master the art of taking pictures and also continued to beg in trains to earn a living.”

In fact, during the lockdown in the first wave of the corona pandemic, daily wage earners faced job crisis. Obviously, this also had an impact on the people of the trans community.

Trains were closed, so the means of begging also ended. Zoya lived in a rented house in the slum. She had no money for buying food or paying the rent. Those days, she captured the tragedy of migrant labourers who were returning to their homes from Mumbai. Her poignant pictures were used by many national and international publications and with her byline, Zoya's identity crisis has ended.

Zoya wants to tell her reality to the larger world through her pictures. She wants to train people from the trans community in media and photography. Zoya has now made the mark of as independent photojournalist.

She has also been honoured by the Labour Minister of Maharashtra in a program organized by Bombay News Photographers Association. Along with this, she has also been given the title of India's first female trans photojournalist by 'Humsafar Trust', an organization working for the queer community. Wife accuses UP ex-minister of giving her oral talaq