Priti Patel, the Indian-origin British Home Secretary, has triggered a court case against Prime Minister Boris Johnsons decision last year not to dismiss her for alleged unacceptable behaviour with Philip Rutnam, a permanent secretary in the home office, who resigned on this issue.

Rutnam maintained he had been the target of "a vicious and orchestrated campaign against him", and that Patel had been behind it.

On November 17 and 18, the high court in London will hear a petition filed by The Association of First Division Civil Servants (FDA), a trade union which seeks a judicial opinion on the legal validity or otherwise of the ministerial code.

Johnson decreed Patel hadn't breached the ministerial code even after his independent adviser appointed for the purpose Alex Allan, following an investigation, found that the home secretary had "not consistently met the high standards expected of her". His conclusion was she had violated the ministerial code, even if inadvertently.

Johnson, who is the final arbiter on the matter, however, refused to take the finding to a logical conclusion. Doing so would have meant sacking Patel.

The Guardian newspaper reported that the Prime Minister had texted a group urging them to "form a (protective) square around the Prittster (nickname for Priti)". Even in a recent cabinet reshuffle, when there was considerable speculation that she might be moved to a lesser portfolio, this did not happen.

Allan resigned from his position after the bottom line of his probe wasn't acted upon by Johnson. Furthermore, Rutnam had to be disbursed 340,000 pounds as a settlement and another 30,000 pounds as costs. This was not the first time that accusations of misconduct had been levelled against Patel and money to defuse the situation had had to be paid out by the British government.

FDA General Secretary Dave Penman was quoted as saying: "The prime minister's decision, which he said reflected the Home Secretary's assertion that her actions were unintentional, also potentially allows ministers to avoid the consequences of their behaviour in future by pleading that it should be the intent of their actions which is important, not the consequences.

"The result is that civil servants' confidence in challenging unacceptable behaviour from ministers has been fatally damaged."

A recent poll of British civil servants discovered that 90 per cent of them had no faith in the ministerial code as a way of redressing grievances against errant ministers.

Last week, an independent committee on Standards in Public Life emphasised: "Meaningful independence is the benchmark for any effective form of standards regulation and current arrangements for the adviser still fall below this bar."

The minister-civil servant relationship in India mirrors Whitehall, since India adopted the Westminster system of government at the time of its independence. 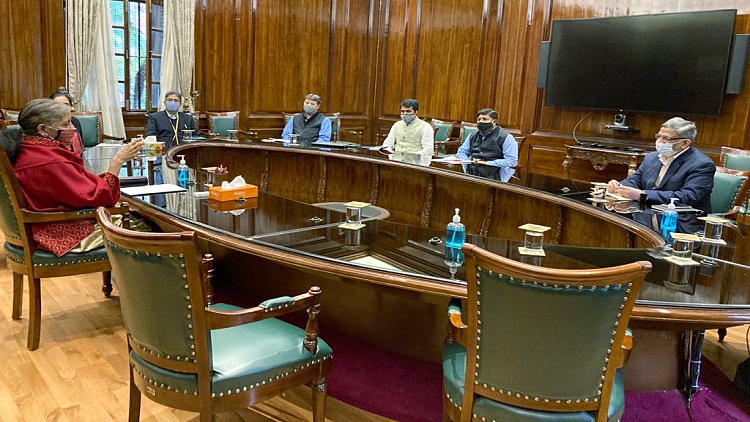