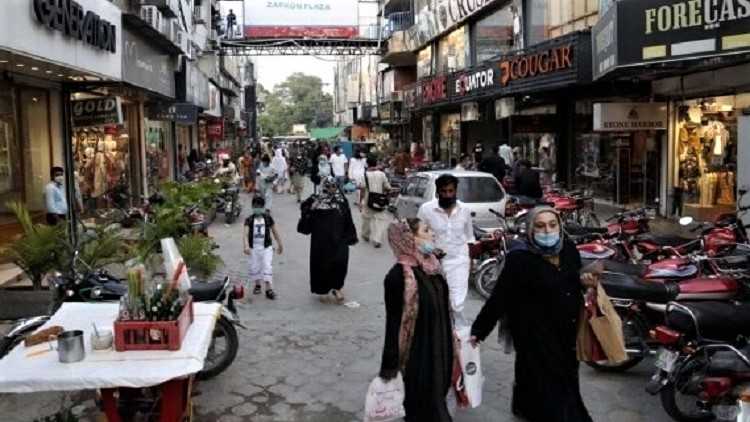 People walk at a market in eastern Pakistan's Rawalpindi

Pakistani authorities on Thursday placed more coronavirus hotspots under lockdown and warned people to take caution as the country witnessed the highest number of new daily infections this year amid a poor response to the vaccination drive.

At least 3,495 people were infected with Covid-19 on Wednesday, the highest number this year, with 61 deaths, official statistics released on Thursday showed.

Pakistan last week announced the spread of the more contagious British strain had triggered a third wave of the pandemic, closed schools and reintroduced some restrictions in the densely populated cities, reports dpa news agency.

"We now think the situation is heading to worse," said Asad Umar, a federal minister who is leading the country's response to the pandemic.

Officials have put many more virus hotspots in cities under a micro-lockdown with the movement of people restricted, Umar said.

The new surge was recorded amid a poor response by health workers and elderly people to an ongoing vaccination drive open for them.

Pakistan has received 1 million doses of vaccines from China as a donation and was expecting more under an international cooperation plan.

But a survey conducted at the start of the year had revealed around half of the citizens were sceptical of the vaccines and would not go for a jab.