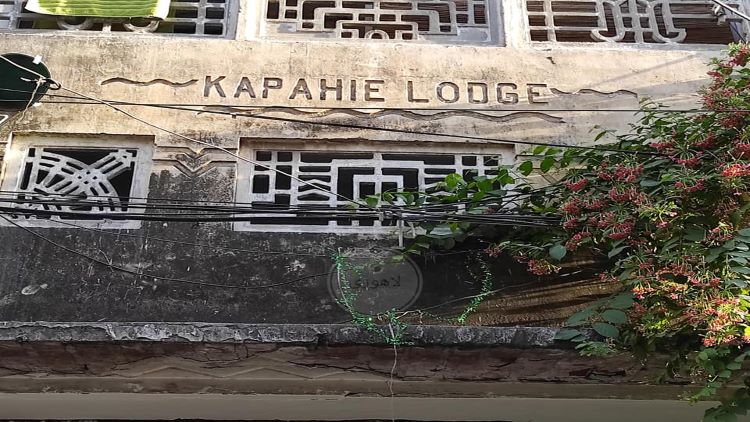 I was thinking of writing about Krishna Nagar. My maternal grandmother hails from Chuna Mandi and Lahori of inner Lahore. The family lived there before the birth of Pakistan and afterward and have since moved out. I am gathering all those memories to pen this write-up.

We are also proud that after the establishment of Pakistan, my grandfather, uncle, and father were involved in the repair work of many houses in Krishna Nagar. It will not be wrong to say that even today the floor tiles in old houses in Lahore were  sourced from our factory; so the family knew about the houses of Krishna Nagar well.

When Krishna Nagar was established as a residential area of ​​Lahore in 1930, a large number of Hindus from the inner city, mostly government employees, settled here.

The Muslims had only one building, the Siraj Building that still exists. Whereas the first Hindu building was the Suri Building since renamed as Noori Building and that too was demolished last year. Now a shopping plaza stands at its place. This building belonged to a doctor, who ran a clinic for a long time. The houses in Krishna Nagar were stylish and beautiful and, sadly most have disappeared. 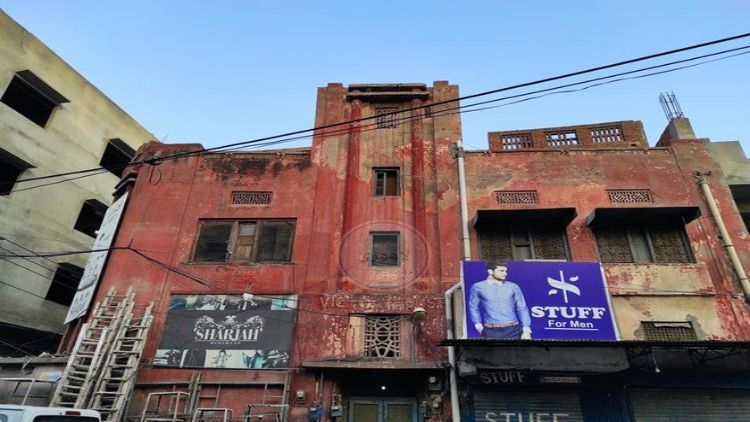 After the formation of Pakistan, a large number of Muslims from Uttar Pradesh, Delhi, and Lucknow settled here. My maternal grandfather had a hosiery factory there; it was closed a few years after the formation of Pakistan. My maternal grandfather would say that when the Muslims of UP came here they were surprised to see the clean and luxurious houses of the Hindus; they would say it appears as if the inmates have just left and would return soon. They complimented the owners, who had left for India, for their spic and span and stylish spaces.

In Krishna Nagar, every house had a big bed. It is said that Krishna Nagar was the only society where each house had corners and faced a street. It still is that way. There were people from Uttar Pradesh and Lucknow who had settled there; they carried “pandan’ (spitting pot) with them. There were many shops selling betel leaves on Krishna Nagar’s Saeedi Road.

In the beginning people used to wear churidar-pajamas and they spoke softly. I haven’t met such soft-spoken people for 25 years. The sweet words of PTCL officer Maqbool Ahmed, a Lucknawi, still resonates in my ears. Wearing Chudidar-pajamas and carrying a small bag with he vcame to meet my father almost every day.

Krishna Nagar and Samanabad had the highest number of scooters. The settlers brought their culture with them and those who left here took away theirs'.

The locality had a stulish bar by the name of Blue Bar visited by the elite. Gradually the poets and writers started camping near this Blue Bar. The bar closed down, but the name remains. Ashfaq Ahmed, Manu Bhai, were often found in Krishna Nagar, as his friend Mirza Adeeb's house was on Panda Street. Most of its houses no longer exist.

At the end of Dev Samaj Road, there is a small turn at Nehru Park. Krishna Chandra and Sufi Ghulam Mustafa Tabassum once lived in Sant Nagar; Nasir Kazmi and Kishore Nahid also lived in Krishna Nagar. Sadly all these names have been changed.

Poet Inquilab Habib lived in extreme poverty with the Jalib family in a two-room part portion of the second floor of a house located on the right side  of Nehru Park, when he was at the peak of his poetic brilliance and political career. 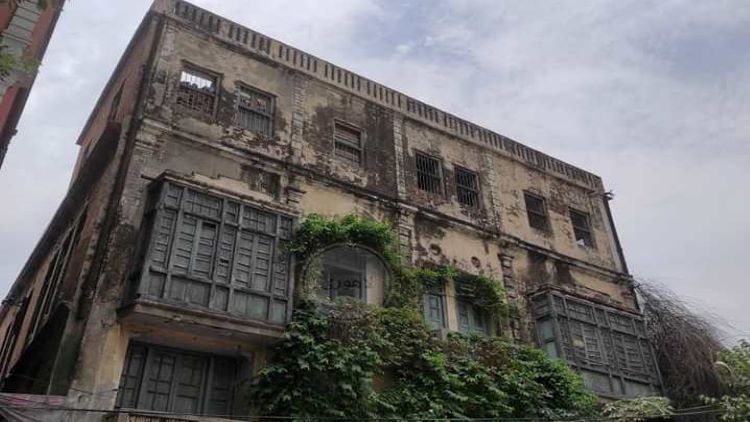 Most of the people of Krishna Nagar were in government services including Radio Pakistan, Pakistan Television, PTCL, Postal Department, and Secretariat. Krishna Nagar used to have a barber. He carried a pistol and roamed around on his scooter across all  the day. In the evening, he would go to Sanda Takiya Mahmud Shah for giving azaan for Fajr.

His voice was full of pathos. I have seen him give aazan in his old age. Bhairavi sahib was another famous character. He was the lifeline of the market eager to help anyone. He had a small business and was the president of the entire Krishna Nagar.

Our elders tell us that they built many properties in Krishna Nagar by just claiming the piece of land by tying their buffalo there. If no one objected they would slowly start with the boundary wall followed by the construction of the house.

Nowadays, milk sellers living there have changed their business and are into property business. After the formation of Pakistan, a large number of Gujjars moved from Ramgali Gaiwal Mandi to Krishna Nagar and started keeping their cattle on the closed road.

Well-known Punjabi film investors, Hami and Gami Butt lived in Krishna Nagar. They were always well-dressed, I had the chance to visit their house many times. Their house was near the house of Naveed Kamal Bhatti.

Krishna Nagar is incomplete without Yusuf Khan. According to my father, many film actors used to visit Yusuf Khan's house. People used to wait for hours to see him.Yusuf Khan also came out to meet the people. The floor and tiles of his cottage were from our factory. It no longer exists.

Famous folk artist Shaukat Ali’s house was close to Yusuf Khan's mansion. I happened to meet him many times as my friend's house was nearby. My grandmother says in 1948 a Hindu came to a house in Krishna Nagar. He also brought a policeman and two labourers with him. 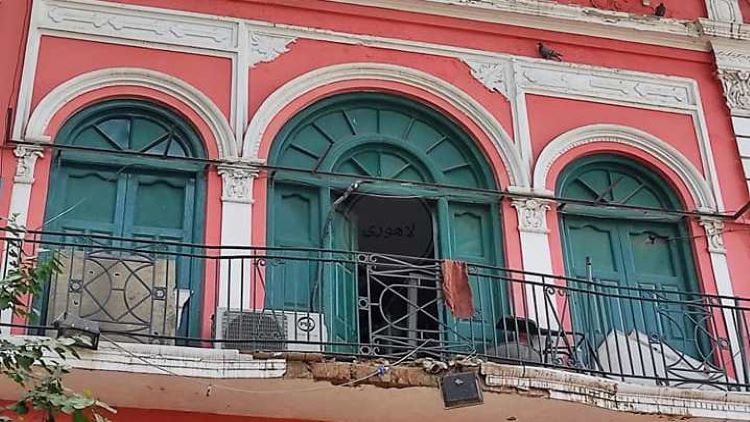 With the permission of the occupants, he dug up the floor of a room and took out a big consignment with gold and valuable utensils, and left. Actually, it was his house that he had built-in 1932; before leaving for India, he had buried all the valuables that he came to claim after the situation had calmed down.

Years after this incident, many Muslims started digging the floors of their houses in the hope of striking gold. All of them were disappointed.

The memory of Krishna Nagar is incomplete without the mention of the bus to this locality. The old-timers definitely remember this bus that would run from Krishna Nagar to RA Bazar. The truck art decorated van number 60 was also in service. It would ply till Shahi via Khoji.

Krishna Nagar has been a cradle of knowledge and literature. However, after 1980, some bullies also started coming here. The name of 'Bao Waris' was at the top of the list. He was the local don yet the area was a safe place.

I met Anees Negi in 2009 at the Punjab Public Library. I didn't know him then. He wore a stylish dress - white pants, white shoes, a white shirt, and dark glasses. I was told that he knows a lot about Krishna Nagar. Unfortunately, we could not be met as passed away the following year in October 2010. If Danyal Negi can help me with his knowledge of Krishna Nagar, I might be able to add more to my next article.

Once upon a time, there used to be a slaughterhouse at Atif Chowk outside Firdaus cinema. There were fields in front of it. Wade Sande had a building which was built by Colonel Salim Malik before the establishment of Pakistan.

There used to be a building with Tar ghar written on it. I was very curious about it. After a long time, it came to know that people from here make calls to foreign countries; it was the Telegraph office.

Courtesy: Urdu News of Pakistan (The article has been translated from Urdu)