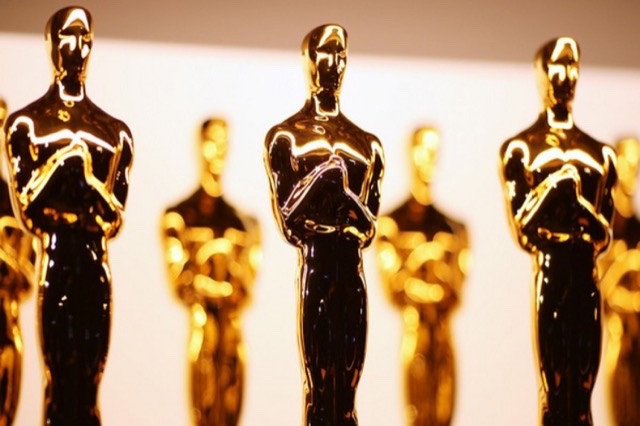 From wearing a badge of Ukrainian flag to teaming up their outfits with blue ribbons, a slew of actors showed their support for Ukraine in their own different ways on the red carpet of Oscars 2022. Stars like Benedict Cumberbatch, Jason Momoa, Jamie Lee Curtis, Joe Walker, Nicole Kidman, Jessica Chastain among others expressed their solidarity with Ukraine with their accessories, using the red carpet as a stage to amplify their voices.

Nicholas Britell, nominated for his 'Don't Look Up' score, wore a blue ribbon on one lapel in support of Ukraine, and Diane Warren in an Emerald green tuxedo suit, wore a blue lapel ribbon of her own on behalf of Ukraine refugees. Musical drama 'Encanto', which earlier bagged the Golden Globe 2022 in the Best Picture - Animated category, has now registered a golden win at Oscars 2022.

Based on the magical lives of the Madrigals family where every child is blessed with a unique magical power, Disney+ Hotstar's musical-adventure film tells the tale of the family's survival when faced with a cruel plot that threatens the very magic that makes them special.

Nothing official has been announced yet, nor has anyone spoken about it, but 'Encanto 2' is reportedly in the works. The Oscar win in the category of Best Animated Feature has given new hope to many fans who expressed their excitement for the sequel of Jared Bush's directorial. The latest edition of the Oscars is being held at the Dolby Theatre in Hollywood and the ceremony is being hosted by Regina Hall, Amy Schumer and Wanda Sykes. The nominations for the Oscars were announced on February 8 this year by actors Tracee Ellis Ross and Leslie Jordan.

American actor Will Smith punched comedian Chris Rock after he got miffed at the latter's joke directed at his wife Jada Pinkett Smith during the 94th Academy Awards. After slapping Rock, Smith walked back and used expletives, saying: "Keep my wife's name out of your *** mouth".

As per Variety, Rock appeared on stage to present the Oscar for documentary feature and he then made a joke about Jada-Pinkett Smith (Will Smith's wife) being in 'G.I. Jane' because of her shaved bald head. Initially, Smith was laughing but Jada clearly looked affected by the joke. Smith then took to the stage to punch Rock. Many in the ceremony looked stunned by the altercation. Diddy, who was the next presenter addressed the situation by saying: "Will and Chris, we're going to solve that like family. Right now we're moving on with love. Everybody make some nose."

Last year, Jada Pinkett Smith had announced that she shaved her head after struggling with alopecia. Talking about Will Smith, the actor is nominated in the Best Actor Category for 'King Richard'. The 94th Academy Awards are being held at the Dolby Theatre in Hollywood and the ceremony is being hosted by Regina Hall, Amy Schumer and Wanda Sykes.

The nominations for the Oscars were announced on February 8 this year by actors Tracee Ellis Ross and Leslie Jordan.