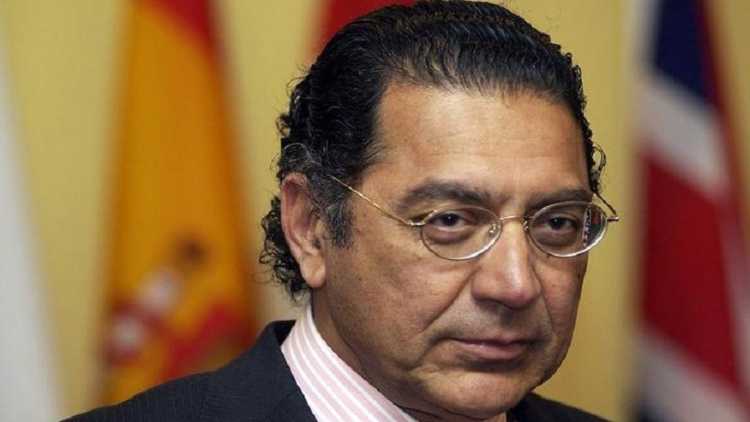 Munir Akram, Permanent Representative of Pakistan to the United Nations

Pakistan is attempting to turn the UN's counter-terrorism efforts into justification for terrorism.

During the negotiations on a resolution on Global Counter Terrorism Review, Pakistan's Permanent Representative Munir Akram said on Friday that the resolution should focus on justifications for terrorism and "elaborate on the root causes of terrorism including, but not limited to, prolonged unresolved conflicts, foreign occupation, and denial of the right to self-determination, xenophobia and Islamophobia."

Instead of outrightly condemning terrorism and demanding an end to support for terrorists, his proposal would offer justification for terrorism.

"All major terrorist outfits, including the Islamic State and Al Qaeda,” he added, "draw their deadly narratives from the instances of oppression and injustices".

Akram attempted to turn attention away from the terrorist organisations his country sponsors like the Lashkar-e-Taiba (LeT), Jaish-e-Mohammed (JeM) and Harkat-ul-Mujahideen-al-Islami (HUM) that operate internationally by making a reference to "violent nationalist groups including neo-Nazis and Hindutva ideologies".

While Pakistan itself makes religious discrimination the fundamental element of its constitution, Akram said that countries should be asked "to take necessary measures, including the promulgation of civil, criminal and administrative legislation to combat all forms of religious and racial discrimination and hate speech propagated by supremist, neo-Nazi and Hindutva ideologies and organisations".

He said that the UN Office of Counter-Terrorism should "monitor the impact of religious and racial inequality, the prevalence of racism, discrimination and related intolerance" by those organisations although Pakistan constitutionally and legally discriminates against non-Muslims as well as some Muslims like the Ahmadis to the extent of imposing death penalties.

Pakistan and some other countries have been trying to sabotage the adoption of a Comprehensive Convention on International Terrorism by making an invidious claim that favoured terrorists are "freedom-fighters".

The negotiations for the Convention have been deadlocked for 25 years because of the attempts to prevent the definition of terrorists by their actions.