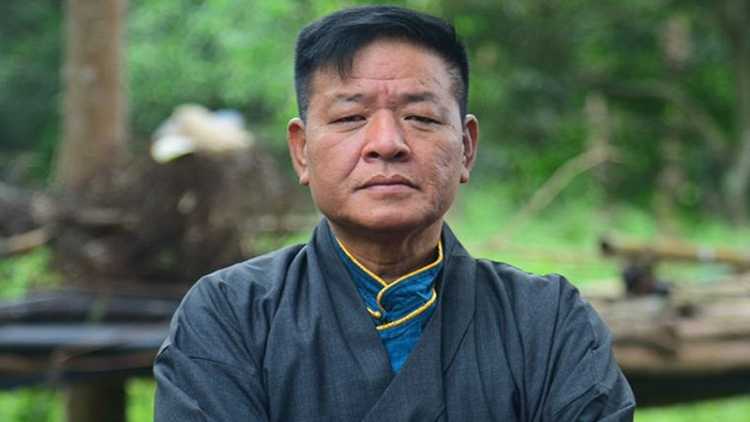 The Tibetan Government-in-Exile (TGiE) will offer a "mutually beneficial" solution to the "Sino-Tibet conflict" through negotiated dialogue with China, its new Sikyong (President) Penpa Tshering has said.

Soon after being sworn in as Sikyong of TGiE based at Dharamsala in Himachal Pradesh, Tshering expressed commitment to the Dalai Lama's ‘Middle Path' that seeks genuine autonomy, not independence, for Tibet.

But China-watchers say the Tibetan exiles stand little chance of getting Beijing to negotiate the status of the erstwhile kingdom it occupied in 1950-51.

"If Xi Jinping's China refuses to recognise the ‘one country, two systems' it committed to uphold in Hong Kong, there is no way it will allow negotiations on the status of Tibet," said Gaganjit Singh, former deputy chief of India's Defense Intelligence Agency.

Singh, a retired major-general who has closely followed China and commanded Indian military formations on the Line of Actual Control, said "the Chinese believe in the ultimate Hanification of Tibet".

"They want to create a mixed race by encouraging marriage between Tibetans and Han Chinese. So they see the exiles as hostile because they keep alive the Tibetan peoplehood," Singh said.

But sources in the Tibetan exile government said on Thursday that Penpa Tshering will stick to his "resolute decision to tread the Middle Path espoused by the Dalai Lama".

He said the Dalai Lama's Middle Path commanded high degree of support in and outside Tibet and had been unanimously approved by the Tibetan Parliament in Exile.

"Based on which (Middle Way approach), we will reach out to the Chinese government to find a mutually beneficial, negotiated, non-violent solution to the Sino-Tibet conflict," Tshering said.

"We hope that this in turn shall set a good example in resolving conflicts around the world," he added.

Senior Chinese officials had nine rounds of talks, including one informal, with the 14th Dalai Lama's representatives between 2002 and 2010. But the negotiations have been stalled since 2010 and Xi's rise has only hardened Beijing's position.

The Dalai Lama set up the Tibetan Government in Exile or the Central Tibetan Administration (CTA) on April 29, 1959, a few weeks after his arrival in India after escaping from Tibet, eight years after it was occupied by the Chinese People's Liberation Army.

The CTA calls itself the "continuation of the government of independent Tibet".

Tsering's parents were among the first to flee after the Dalai Lama's escape following Tibet's occupation by China.

They settled in Bylakuppe in Karnataka and raised their children, including Tsering.

Tshering recently won the elections to the office of the Sikyong of the TGiE (or the CTA) and took office on Thursday, succeeding Lobsang Sangay.

The Tibetans living in exile in India and elsewhere in the world took part in the two rounds of elections held globally.

Tsering said that he and the Kashag (Council of Ministers) also represented the voice of the Tibetans living in China-ruled Tibet.

"We shall monitor and conduct thorough study of the basic issues concerning environmental destruction and protection of the Tibetan national identity inside Tibet. We shall not dither from pointing out the gross mistakes of the Chinese government's policies and programmes and seek to redress, withdraw or amend the wrong policies," Tshering said.

He also spoke of "every effort to seek increased interaction between Tibetans in Tibet and those in exile and work towards realising the wish of His Holiness the Dalai Lama to visit China".

What has added to the significance of the election of the Sikyong this year is that the democratic exercise by the exiled Tibetans got endorsement from the US last year.

Late last year, the US Congress passed the Tibetan Policy and Support Act (TPSA) of 2020, acknowledging the legitimacy of both the Tibetan Parliament in Exile (TpiE) and the TGiE or the CTA.

The TPSA 2020, which then US President Donald Trump signed into law, acknowledged the Central Tibetan Administration as the "legitimate institution reflecting the aspirations" of the Tibetan diaspora around the world with Sikyong as its President.

India has maintained silence, as it so far has never officially acknowledged the existence of the TGiE or the CTA, despite allowing it to run from its territory for decades.

The Narendra Modi-led government sparked a major controversy by inviting the Tibetan Sikyong to its swearing-in ceremony in 2014 in a move that had upset Beijing.

It added fuel to fire by quietly organising a conference of Tibetan exiles, Uighur leaders and those representing the Falungongs and the Tiananmem generations at Mcleodganj.

Beijing does not recognise the elections to the Sikyong and the TPiE, and has persistently pushed India to shut down the TGiE on its territory.

It has been accusing the Dalai Lama as well as the TGiE of running a secessionist campaign against China, besides describing them as 'splittist'.

New Delhi did tacitly encourage the Dalai Lama to lead the exiled community to embrace democracy gradually – starting with electing the Parliament-in-Exile and then moving on to directly elect the leader of the TGiE.

During the 2011 elections, the Dalai Lama had officially announced that he would be delegating his political powers to whoever would be elected democratically to the top office of the TGiE – a move apparently aimed at avoiding a leadership vacuum and keeping the struggle against China's rule in Tibet alive after the octogenarian monk passes away.

The newly-elected Sikyong and his government in exile will have to deal with the succession issue when the present Dalai Lama is no more.

"It is high priority for both the US and the CTA to get a new Dalai Lama in keeping with our traditions minus any Chinese interference," said a top CTA official.