The Bengali film Dostji (Friend Sir), which has won eight international awards so far and is being feted at global film festivals has helped some 5,000 school children of Domkal area of ​​Murshidabad get exposure to drama and acting as Director Prasun Chatterjee held workshops for eight months to get two actors for his film from among them.

Arif Sheikh, who plays the Muslim boy Safikul - and Ashiq Sheikh – who plays the Hindu boy Palash – in the movie were selected after the eight-month process involving school children from primary schools and Madrassas in the Muslim-dominant belt. This major talent hunt ended up imparting acting training to the students.

Bengali film Dostji has already been screened in important film festivals across 26 countries. Superstar Amitabh Bachchan has posted about this movie on Twitter many times. Dostji was released on November 11 in Kolkata and some other cities.

Dostji is one unique film that makes the art of telling about life through simple ordinary things like a pond, trees and plants, greenery, and Hindu-Muslim relation.

The story revolves around two children who are growing up in the midst of communalism and hatred. 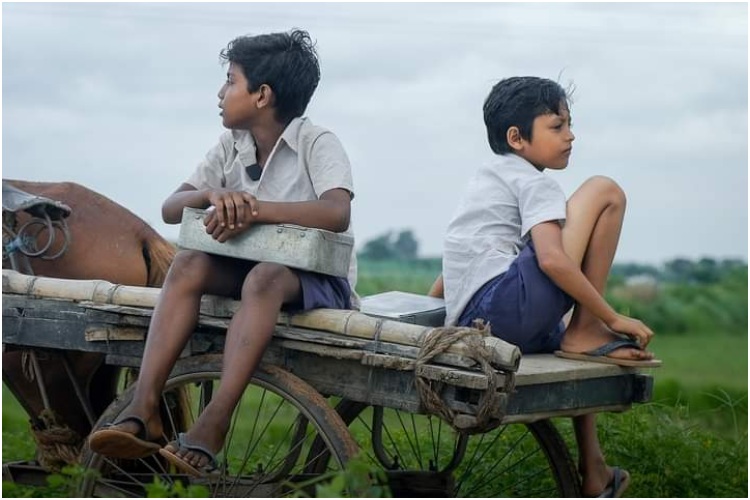 Palash and Safikul enjoying village live - a scene from Dosji

Prasun Chatterjee has not gone to a film school. However, after speaking with him it seems he has been watching the world’s best movies. He was working on this project for a long time and is rejoicing in the success.

Making it big in the first venture is no small achievement for Prasun.

Before I watched it, I thought it was a children's film. I am sure many readers are also thinking along the same lines.

As the story of 'Dostji' progresses this notion goes away.

Dostji is a 110-minute film and the story of two eight-year-olds - one Hindu called Palash and a Muslim boy Safikul. The story of the bond between two children is set against the backdrop of the 1992 Babri Masjid demolition and the 1993 Bombay bomb blasts. 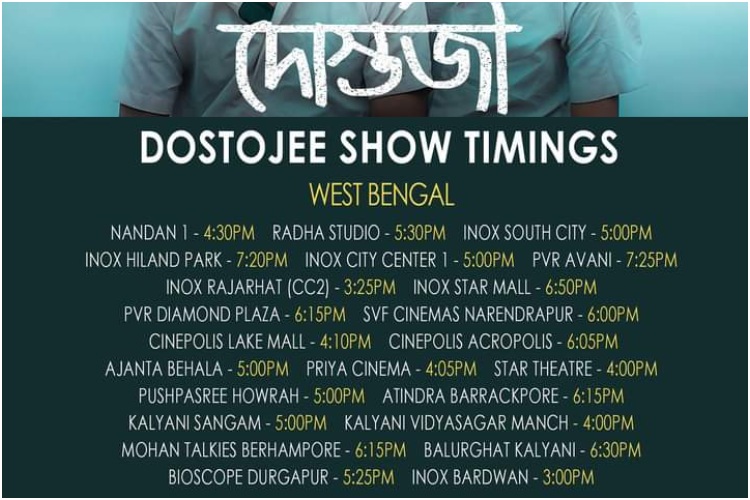 Dostji relates to the India-Bangladesh border, where a large number of Muslims live. Among them is a Hindu, whose life is not safe. Meanwhile, the Babri Masjid is demolished and Muslims there decided to build a 'Chhoti Babri Masjid' in their village. In response, the Hindus want to stage the drama of the Ram-Ravana war in the village.

These developments impact Palash and Safikul. And yet their friendship remains intact. Both laugh and play happily, go to school, study tuition, fly kites and catch fish in the small pond of the village small pond.

One day while playing and fishing in the pond, Palash drowns and dies. This is the turning point in the story of Dostji.

Safikul becomes lonely and thinks his friend left him in that state. He doesn't understand things properly. Soon he feels Palash has not gone; he is alive and somewhere in nature.

The shooting of this Bengali film Dostji started in the year 2017 - in the Domkal area of ​​Murshidabad district located on the India-Bangladesh border in Bengal. Prasun says he mobilized some 5,000 children from all the primary schools and madrassas for the film. He conducted workshops for them for eight months before finding his two heroes. 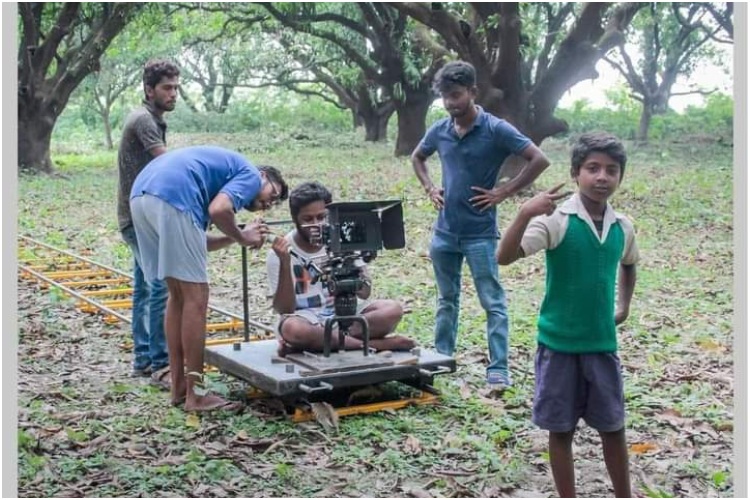 The cinematography of the film Dostji by debutant Tuhin Vishwas is excellent.

Tuhin is a teacher in a primary school in Ranaghat of Nadia district in Bengal.Initially, Dostji could not find a producer and its shooting started with crowdfunding. However, it didn’t work out. The film was finally completed with a small budget of Rs 2.5 crores.