Senior students of a Pulwama school in south Kashmir were invited to sit in the chair of the Deputy Commissioner, interact with the public coming with their grievances, and take decisions.
This happened in the office of Baseer-ul-Haq Choudhary, Deputy Commissioner, Pulwama, on Tuesday. Senior students from Government Higher Secondary School Karimabad took turns to sit in his chair for 15-20 minutes each during his scheduled meeting with the members of public to address their grievances.
This event was organized under the initiative Pulwama Youth Mission –IAS. The students were selected based on the draw of lots. 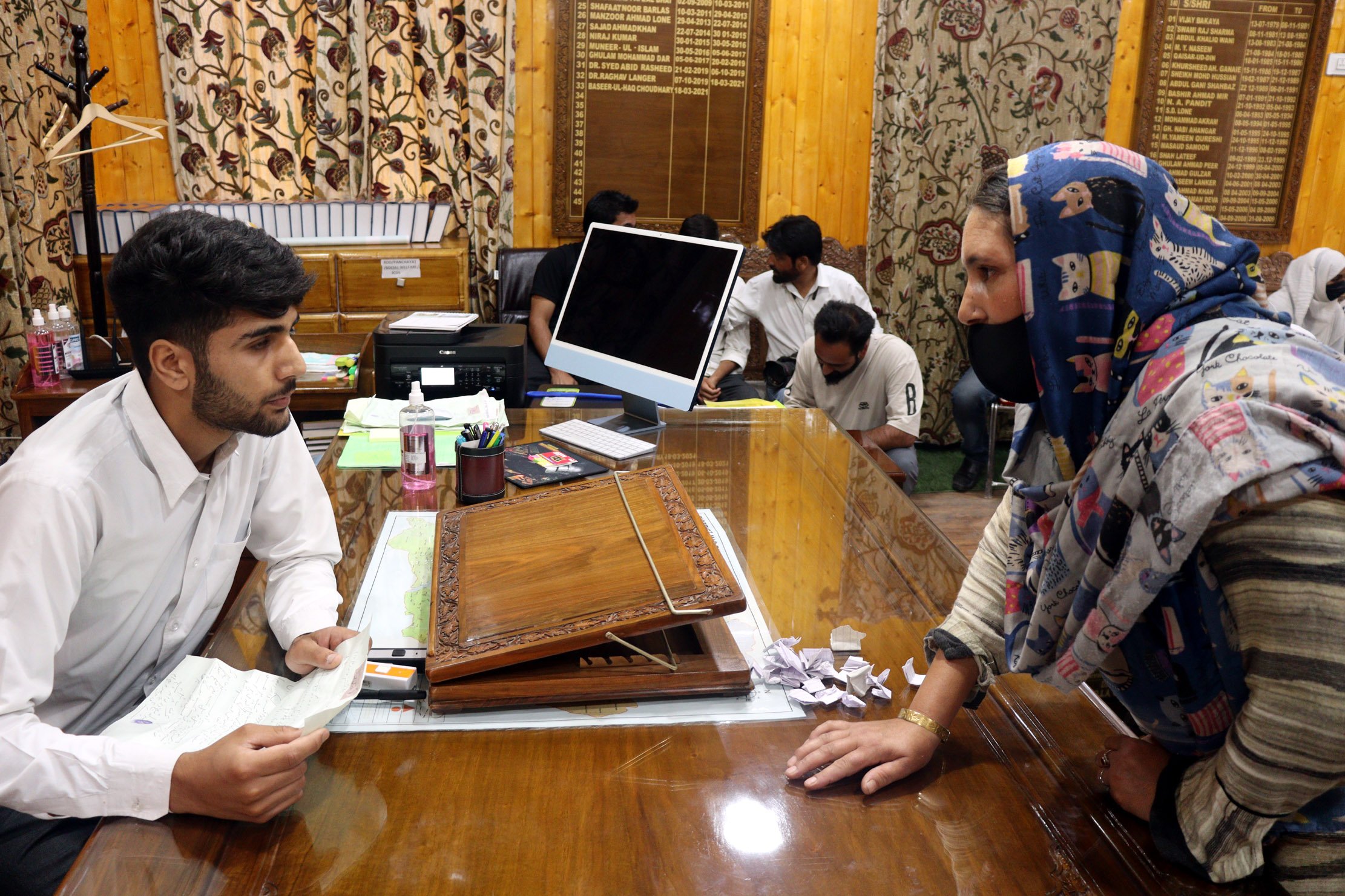 A Young Kashmiri student sitting in DC's chair
As students –including girls – sat in the hot seat DC Choudhary and other senior functionaries remained seated as onlookers. They were encouraged to take decisions on the issues brought forward by people.
This unique initiative is aimed at providing a firsthand account of larger issues affecting life and getting acquainted with the aspirations of youth and students and is part of Choudhary’s informal interactive sessions with the youth to get to know them better and help in empowering them.
It may be recalled that Pulwama in south Kashmir had become a hotbed of militancy two years ago. The government and individual officers decided to connect with the youth and steer them into productive activities and help them realise their potential.
The J&K Police always invites the toppers and other achievers for  interactive sessions and also honours them.
Baseer Choudhary also held a long interactive session with the youth to know about their experience and aspirations. He announced that such sessions will be held on a fortnightly basis. DC Baseer-ul haq Choudhary with local youth
Choudhary hails from the Poonch district of Jammu and Kashmir.
The students were given 10 to 20 minutes for addressing the issues and taking decisions related to the day-to-day affairs of the administration.
According to a report in Greater Kashmir newspaper, the students expressed satisfaction over their experience.
Baseer Choudhary said his interactive sessions with the youth will become a fortnightly feature. He said this initiative was aimed at knowing about their interest areas, and concerns and seeking their views on a plethora of issues about today’s young generation. 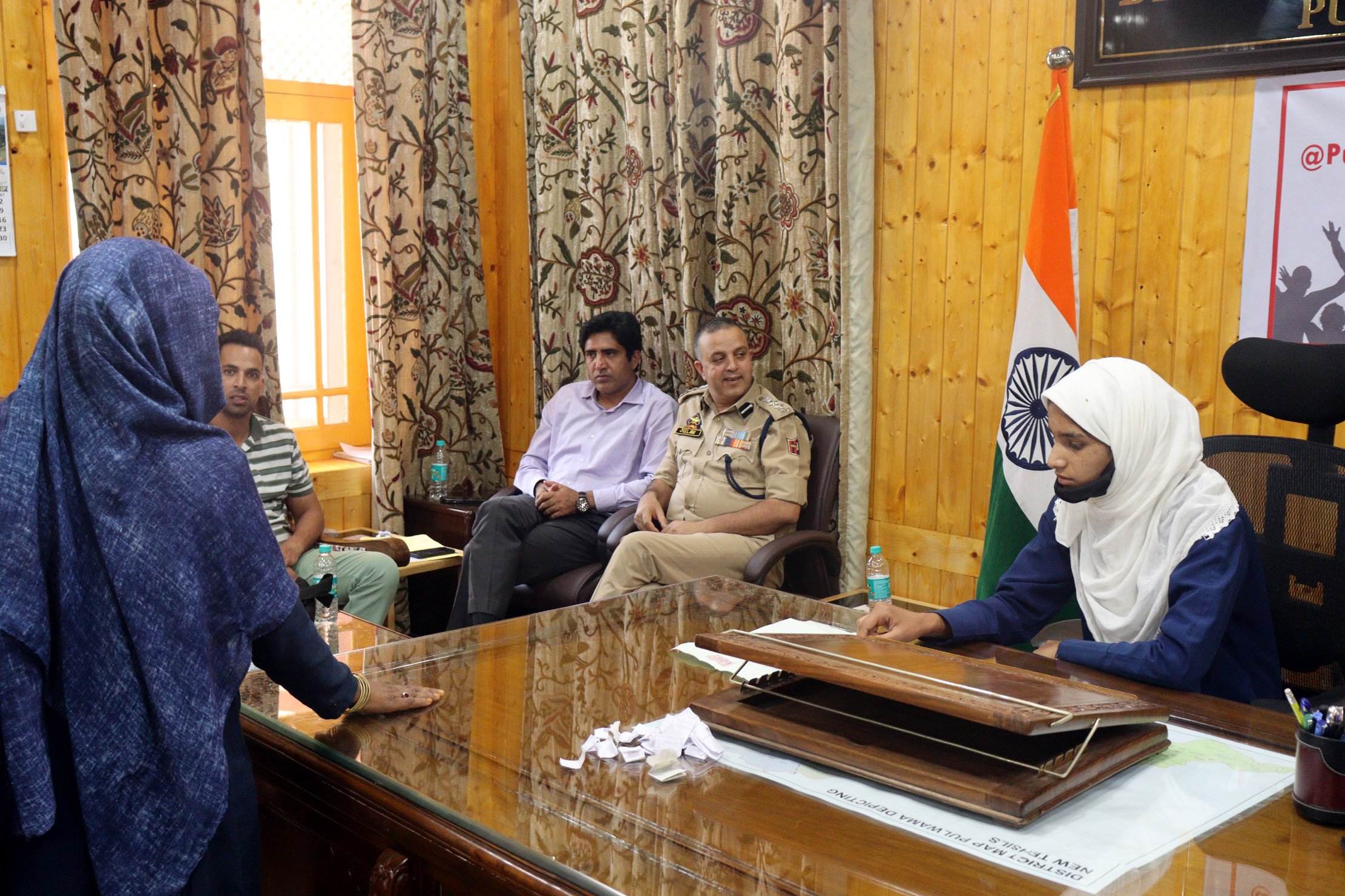 A girl student listening to the public grievances as SSP Wani and DC Choudhary look on
Choudhary said such sessions would also help in changing the behavioural pattern of the dejected youth and students anxious about their careers besides motivating them to become social change agents.
Choudhary said that such practices could potentially motivate the youth of the district to get attracted to civil services.
Also Read: Teetwal on LOC to turn into tourist hub with all-religion complex

He said that such meetings would also serve the purpose of appraising the young generation regarding the various initiatives taken by the government for their benefit.