Another Chinese nabbed in Bengal 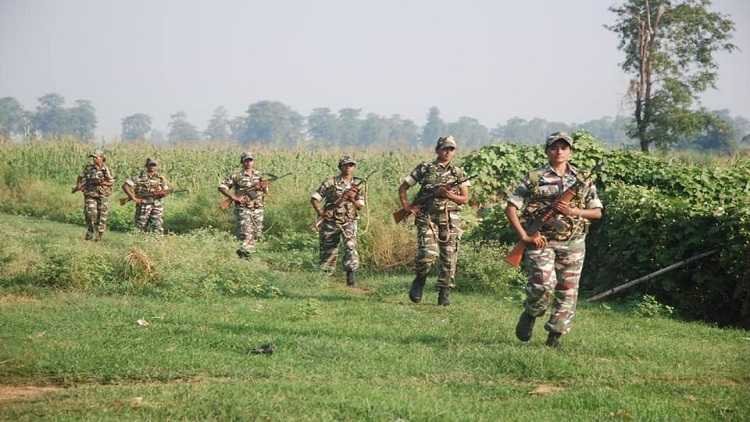 Another Chinese national has been nabbed in West Bengal by Sahastra Seema Bal (SSB) personnel while she was attempting to enter Bhutan, police said.

Ni Wai Lin, 52, was arrested on Thursday evening in Jaigaon, Alipurduar district, while she was trying to cross into Bhutan's Phuntsoling town.

The police said she had a valid Chinese passport but her Indian tourist visa had expired.

Lin has been handed over to Intelligence Bureau (IB) for questioning.

The IB's Counter-intelligence cell is interrogating her.

Lin's arrest comes within a fortnight of BSF intercepting a Chinese national Han Junwe in Malda district while he was entering India from Bangladesh.

He confessed to procuring 1300 Indian SIM Cards which were used to perpetrate financial frauds.

But IB is exploring a 'national security' angle as Han's network linked to financial frauds could also be used for paying off Chinese agents in India.

Lin's arrest is also significant because two Chinese tourists have been recently arrested -- one from Bihar-Nepal border, another from Lava in Bengal's Kalimpong district.

Both were found to have taken sharp high resolution photographs of strategic areas like the Rachen La pass on the Sikkim-Bhutan border near Doklam, where Chinese military intrusions were resisted by the Indian army in 2017.

These areas are on the strategic Siliguri Corridor that connects the Indian mainland with its seven northeastern states.

"Since the Ladakh crisis in summer of 2020, the Chinese agencies have stepped up their field intelligence profile along the long Himalayan border. For that, they are sending Chinese operatives under cover of tourists or business-persons. The Siliguri Corridor is quite naturally their focus, because of India beefing up defence in the strategically vulnerable area," he told media.