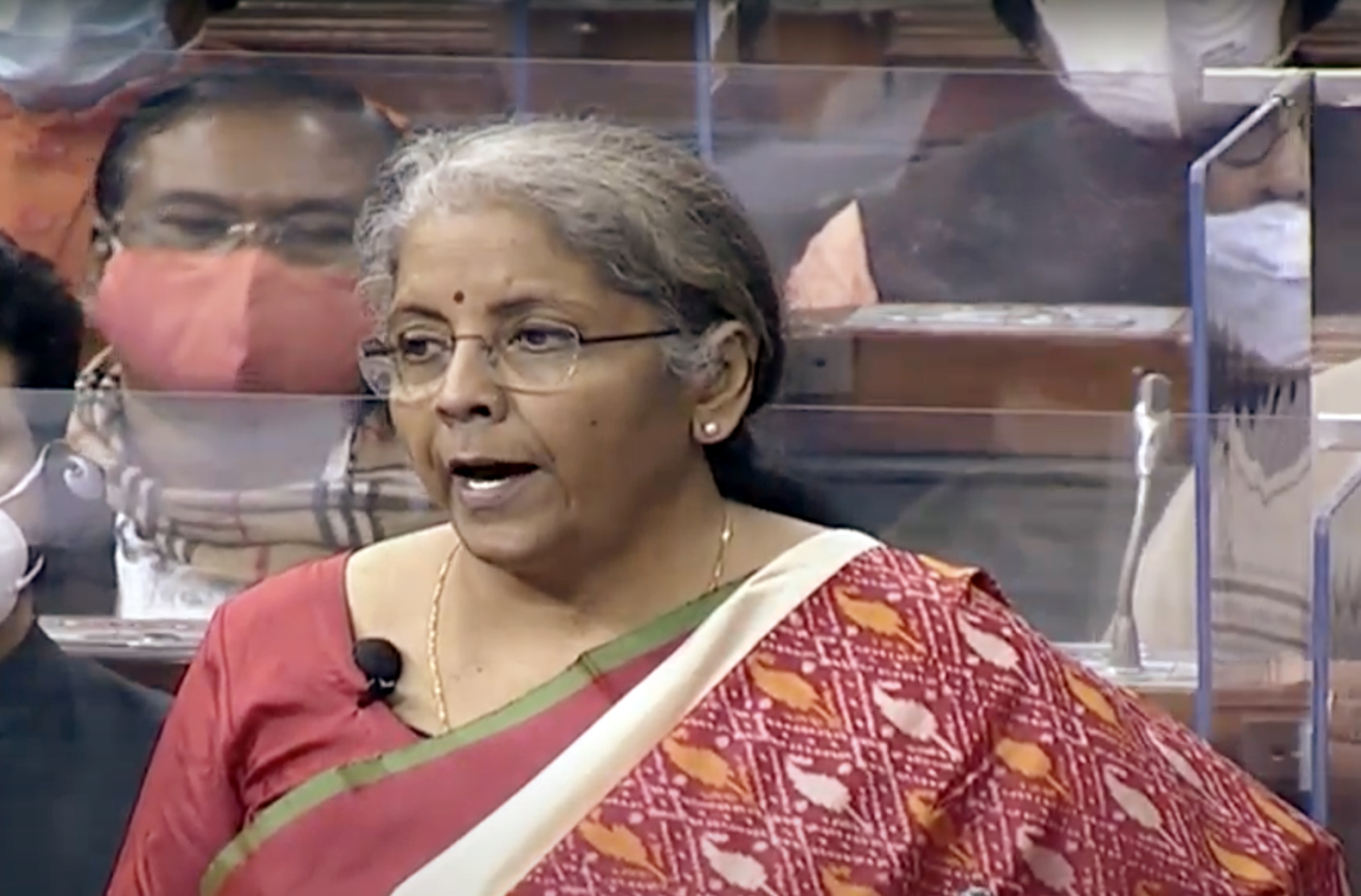 New Delhi: Finance Minister Nirmala Sitharaman on Monday announced a new Centre-sponsored scheme with an outlay of Rs 64,180 crore to boost healthcare infrastructure across the country amid ongoing COVID-19 pandemic.

Tabling the Union Budget 2021-22, she said the Prime Minister Atmanirbhar Swasthya Bharat Yojana will develop the capacity for primary, secondary, and tertiary care health systems in the country. Sitharaman said that the main interventions under the scheme will support over 17,000 rural and 11,000 urban wellness centres.

"Taking a holistic approach, we focus on strengthening three areas- preventing, curative and well being. A new centrally sponsored scheme PM Atmanirbhar Swasthya Bharat Yojana will be launched with an outlay of Rs 64,180 crore," she said.

"Over six years, this will develop the capacity for primary, secondary, and tertiary care health systems and strengthen national institutions and create new institutions to cater and cure new and emerging diseases. This will be in addition to the National Health Mission," she added.

Sitharaman said that the total financial impact of all AtmaNirbharBharat packages, including measures taken by RBI, was estimated to be about Rs 27.1 lakh crore, with an amount of more than 13 per cent of GDP.

"When I presented the budget 2020-21, we could not have imagined that the global economy already… in slowdown would be pushed into an unprecedented contraction. We could not have imagined then that our people, as those in other countries, would have to endure the loss of near and dear ones and suffer hardships due to this health crisis. The risk of not having a lockdown was far more and far too high," she said.