JKSC was actively involved in Dussehra celebrations in the UT

Along with the entire country, cutting across community lines, the festival of Dussehra was celebrated with great fervour and enthusiasm by the trainees of Jammu and Kashmir Sports Council (JKSC).

More than 1,000 athletes learning their skills from the coaches and getting guidance from the Sports Council took part in organizing the festivities in RS Pura and Gandhi Dham in Jammu on Wednesday.

“This is a new beginning by the Council. One of the ways to do character-building of sportspersons is to take them to the religious roots,” says Nuzhat Gull, Secretary of the JKSC.

While the effigies were created by the local communities, children of the JKSC took the lead in organizing arrangements for the spectators and guests. Getting the children involved in the event was well-thought-out. It had an objective.

“What better way to teach children the message of community service? It makes them humble, helps them be rooted to the ground and teaches them leadership qualities,” adds Nuzhat. 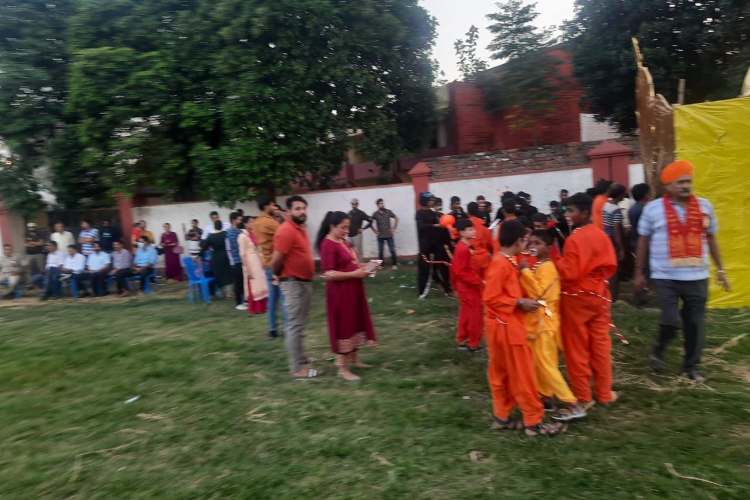 Preparations underway for the event

During the course of the 3-day celebrations, the JKSC organized a wrestling competition for trainees in the state.

The choice of wrestling was carefully done by the council as Nuzhat Gull explains.

“It was important to choose a vernacular sport. Indigenous sports bridge the gap between the old and the new. That is why we chose mud-wrestling and did not hold the championship on a modern mat.” 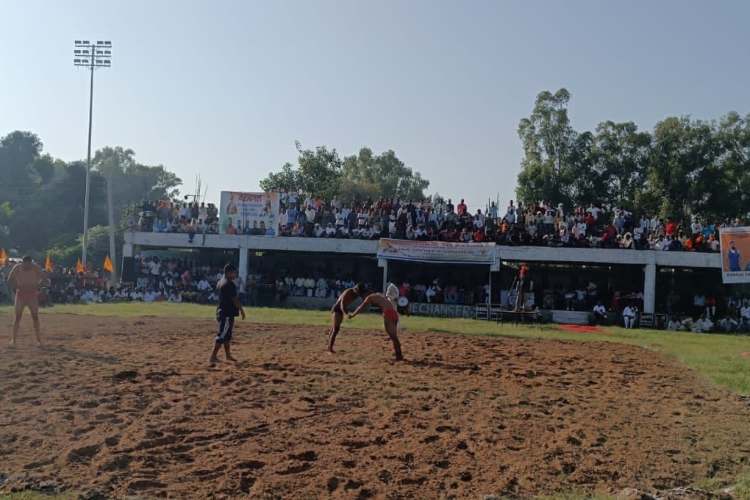 JKSC wrestling competition as part of the Dussehra celebrations

With close to 20,000 people attending the wrestling competition along with the effigy burning on Wednesday evening, the event concluded spreading the message of peace and harmony.

“The sportspersons of the state have defeated good over evil, not just on the field but also in life. The Dussehra celebrations by children of all communities is an important optic in ‘Badalta Kashmir’,” says Nuzhat.

The JKSC plans to make this an annual event across the entire Union Territory.