It is like a dream come true for both - those behind setting up Kashmir’s first multiplex to reintroduce the new-age cinema culture in the entertainment-starved Kashmir and, the people at large, who missed the big screen film watching in their town.

The entry to INOX multiplex at the same place where three decades stood the Broadway cinema with its three screens and 520 seats, is after going through heavy security checks. There are no hoardings on the roadsides outside the multiplex and no advertisements in the local vernacular dailies about the shows and the timing.

The multiplex has introduced online bookings for its daily seven shows.

For the old-timers, the INOX multiplex is reminiscent of the Broadway cinema located in the high security zone of the Batwara cantonment area that was known for showing Hollywood movies. 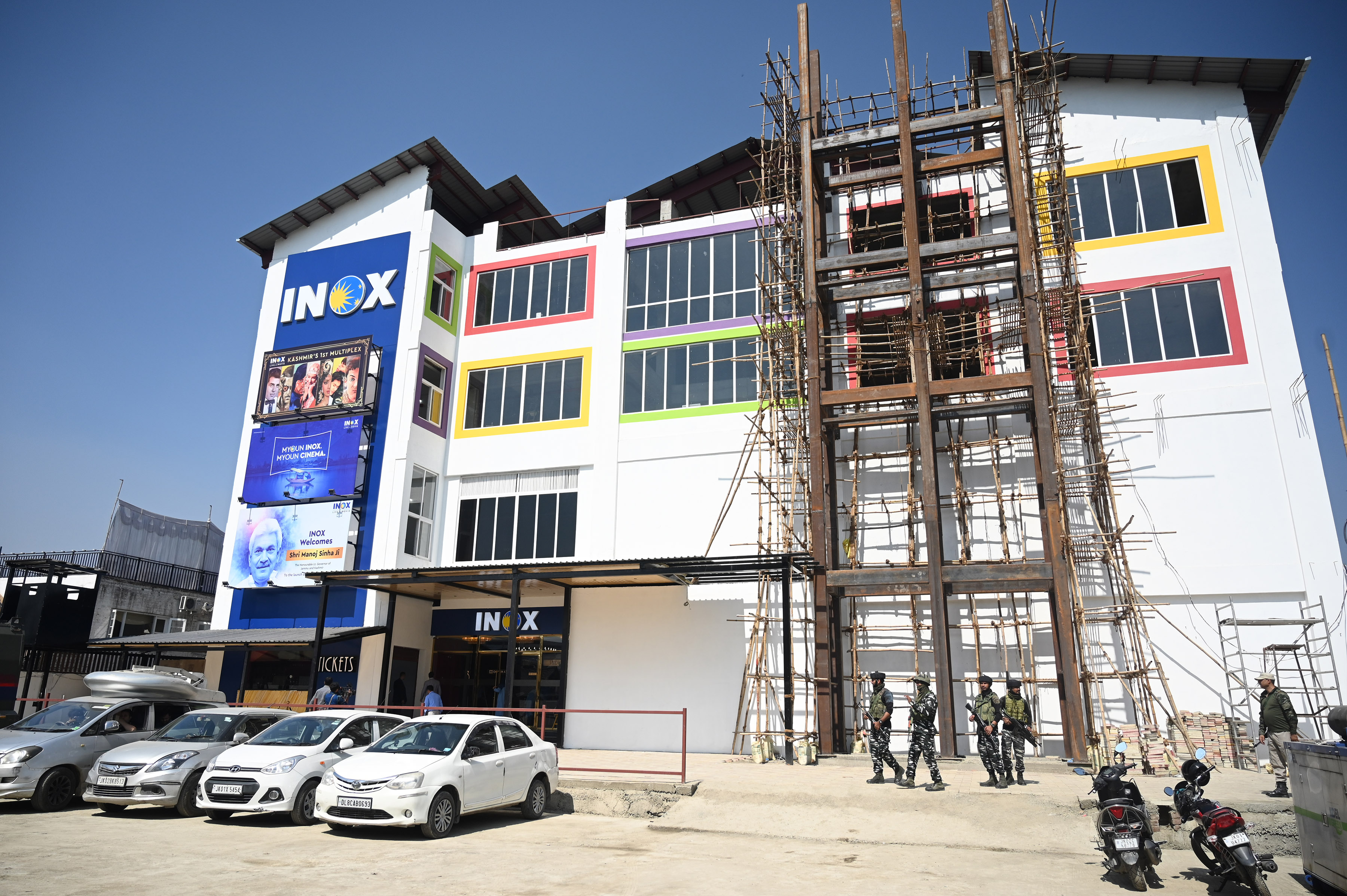 Since the multiplex was thrown open to the public on October 1, it has been running seven shows every day. “The shows are going on nearly full capacity…. Very few seats remain vacant,” said one of the workers at the multiplex. He said that people of all ages including men, women, and children have been coming to watch movies, even as finishing touches to beautify the premises are in progress.

“I am very happy, excited, and fully satisfied”, said Vikas Dhar, owner of the multiplex as he dwelt upon the latest “system and technology (adopted) at high costs”. He said that the efforts to develop the multiplex have “come out very well and beautifully.”

Dhar pointed out that each cinema hall has better facilities like 40 speakers which is unprecedented in India.

“It is a new structure,” Dhar said. “We did not waste our time in repairing the old (Broadway) cinema. It is a dream come true for us.” He is happy at the “positive response from the people”. 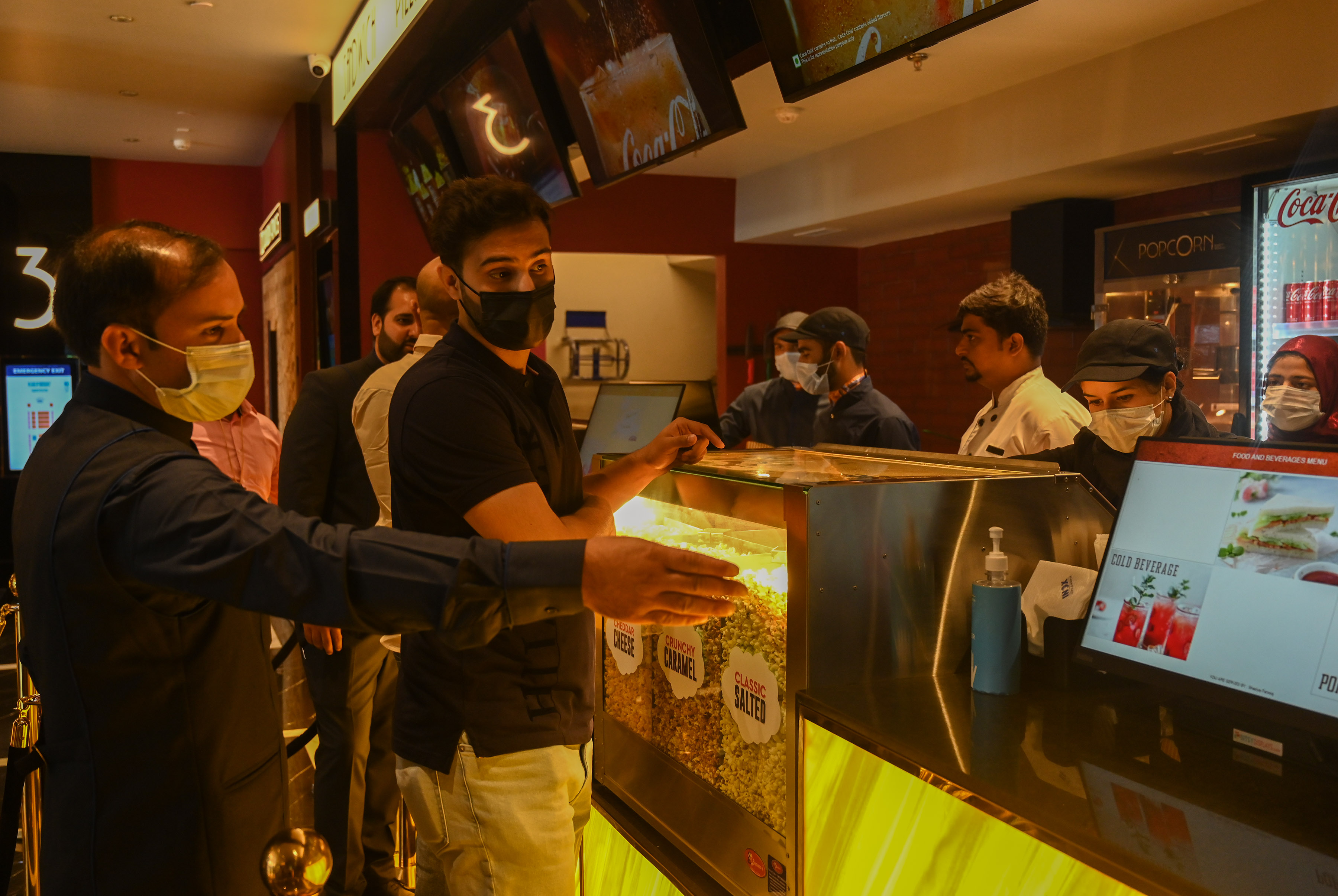 People picking usual popcorn and other snacks during interval

For Kashmiris like Zahoor Ahmad, it’s a different experience for people like him who have seen cinema in the pre-militancy era. “The people loved to watch movies in cinema halls in the absence of all other facilities back then.” The pro-Pakistan militant enforced a ban on cinema halls in the early nineties.

He said his generation did not have the facility of Satellite TV and Kashmiris were crazy about cinemas. “The cine-goers would reach the theatre to grab the first shows of the newly released movie.” However, with the internet, entertainment, including films, is easily available to everyone.

Before terrorism erupted in Kashmir, there were nine cinema halls in tge city of Srinagar, one each in the towns of Anantnag, Baramulla, and Sopore. All closed down under the militants’ diktats with the eruption of militancy in 1989-90. Some of these served to lodge the security forces, others were abandoned and turned dilapidated. 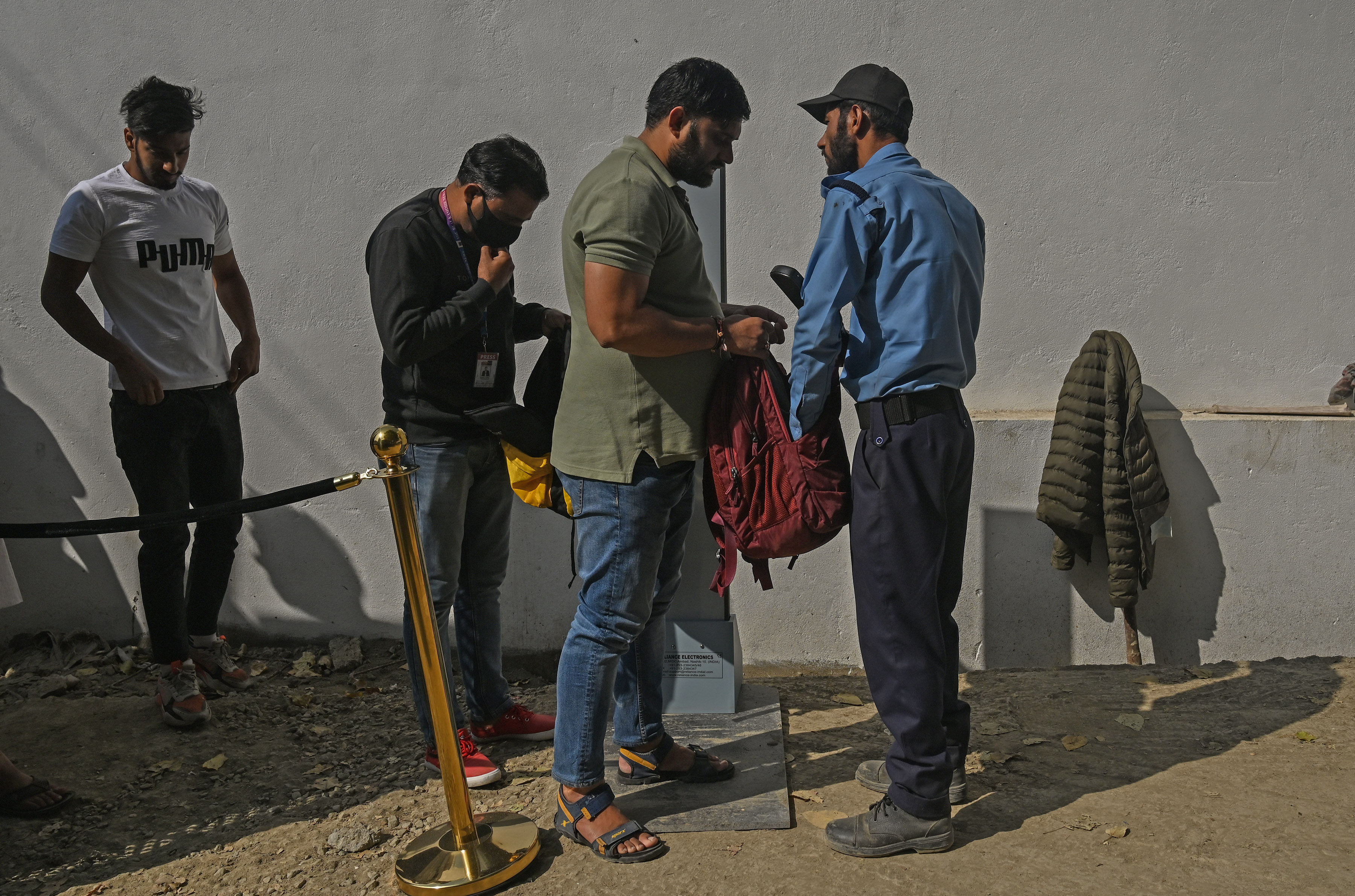 The first attempts to restore the cinema halls in Srinagar were made after the 1996 State Assembly elections by the Farooq Abdullah government after seven-year President’s rule in the terror-hit State.

Again being located in the Cantonment area, Broadway Cinema was the first to be reopened on August 6, 1998. The building was reconstructed. The Kashmir-born filmmaker Vidhu Vinod Chopra was present at its inauguration. However, it had to be closed within a few months as the Kashmiris didn’t want to be seen defying terrorists' diktats and getting targeted and had not shown enthusiasm for film watching.

Neelam cinema near the Civil Secretariat started in April 1999 and it continued to function for 10 years with very low occupancy and was a loss-making business. On September 7, 2007, terrorists attacked the cinema hall and in the ensuing encounter, two terrorists and a Policeman were killed. It was closed down.

Regal cinema on Residency Road was closed on September 4, 1999. A grenade attack by terrorists on the cine-goers as they were coming out of the first show led to the death of a civilian and injuries to half a dozen persons.