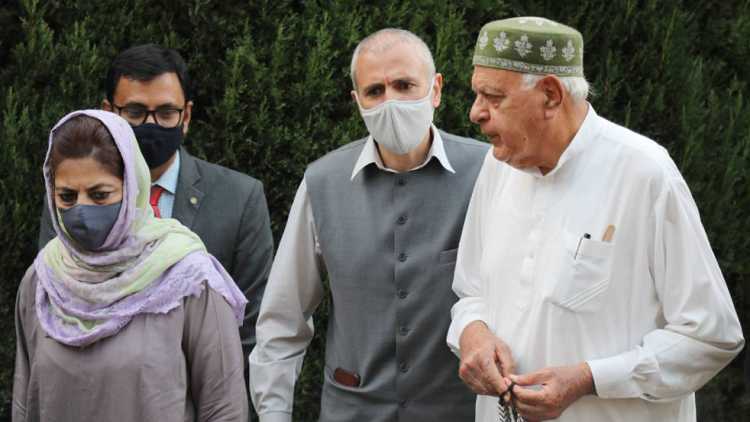 The first meeting of the People's Alliance for Gupkar Declaration (PAGD) after the all-party meeting chaired by Prime Minister Narendra Modi, was held on Sunday at the residence of its Chairman Farooq Abdullah in Srinagar.

The meeting which was scheduled to be held on June 29, got postponed because of some personal engagement of Peoples Democratic Party (PDP) chief Mehbooba Mufti, sources had informed on Monday. Members of PAGD had attended the meeting convened by Prime Minister Narendra Modi with political leaders of Jammu and Kashmir on June 24.

National Conference leader and former Jammu and Kashmir chief minister Omar Abdullah, whose party is a member of PAGD, had said on Saturday that that political parties of the region had conveyed to Prime Minister that if assembly polls are to be held, then statehood should be restored first to Jammu and Kashmir.

PDP leader Mehbooba Mufti said after the meeting that she had told the Prime Minister that the people of Jammu and Kashmir do not accept the manner in which Article 370 was abrogated. She alleged that it was abrogated "unconstitutionally, illegally and immorally".

The meeting on Thursday was the first high-level interaction between the Centre and political leadership mainly from Kashmir since August 5, 2019, when the Centre revoked the special status of Jammu and Kashmir and bifurcated it into two union territories.