Altaf Ahmed Bhat of village Gulgam in Kupwara is a leading honey producer; his annual production touches150 to 200 quintals. Interestingly, his honey has nectar from flowers grown in the fields of Jammu, Rajasthan, and Gujarat even as Kashmir remains under a blanket of snow and land is not cultivable in winter months, Bhat’s production is a round-the-year process.
The fascinating story of how Bhat, 34, has enhanced his honey production is rooted in the innovative farming techniques introduced by the government. Farmers like Bhat are responsible for Kupwara‘s record vegetable and honey production breaking all records.
Bhat’s father was the first one to do beekeeping when he was given five wooden boxes in which honey bees will make their hive in 1985. The agricultural department had introduced apiary in the hilly district.
Altaf completed his schooling in 2005 and while looking for a job got interested in taking care of his father’s small honey business .With the expertise and tools already available at home, he started his work.
“When the Apiculture Centre was set up in Kupwara in1985, my father was among the first to get a unit of five Colonies” (boxes) for honey production,” Altaf Ahmad Bhat, told Awaz-the Voice.  “That was the beginning made two years before I was born,” Altaf said. 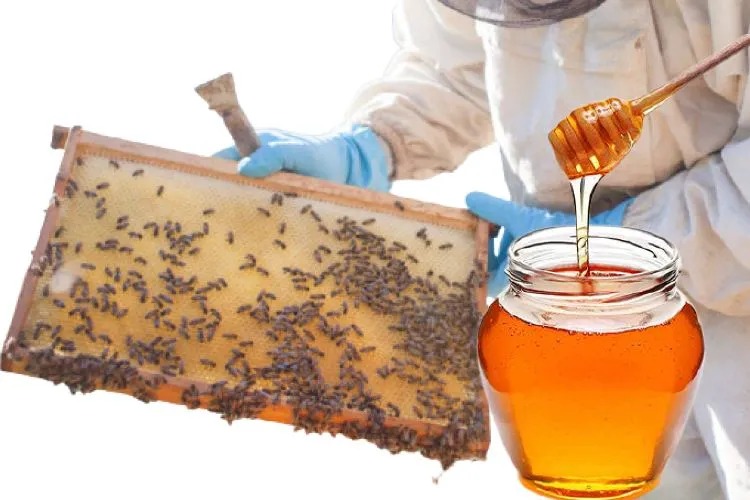 The honeybee box and honey extracted
With the J&K Government offering training and subsidy to farmers, Bhat has expanded his bee cultivation to 500 boxes, spread over an area of three kanals of land.

Interestingly, half of these boxes are always in the transition being transported from Kupwara to places like Jammu and the States of Gujarat and Rajasthan. The farmers of these places host Altaf and many other Kashmiri farmers and also pay for their transportation costs etc. It’s a win-win situation for both Altaf and his hosts. The farmers of warmer places keep the beehives boxes in their fields where the bees collect nectar from the crops for Altaf and in the process do the cross-pollination that results in higher production for hosts.

“We keep on moving from place to place with the beehives throughout the year”, with about two months stay at each place, Altaf Ahmad said. He added that about 200 beehives of boxes were kept last in the warm climes of Jammu between September and October. His stay at a particular place depends mainly on the weather conditions, as bees require dry weather.

Altaf Ahmed Bhat ready to harvest honey
“From November to mid-December the units were shifted to Rajasthan. As of now, our units are stationed in Gujarat,” he said. “I plan  visit based on the demand. As bees are in search of nectar from mustard flowers in the vast fields it’s good for honey production”, Altaf revealed.
“This increases the crop production and that is why the demand,” he added. The units are generally shifted to Jammu for September-October; then these go to Rajasthan between November and December 15 before being moved to Gujarat up to January 22. Between January 22- February 25 these return to Jammu and finally are moved back to Kupwara by May for the spring months.
The active pollination season and sucking of nectar from the flowers of Kekar trees (Robinia pseudoacacia) in Kashmir begins in early May. The process continues with paddy and fruit crops and also the wildflowers.
For Altaf Ahmad Bhat, honey production is a round-the-year activity, with a profitable dividend. 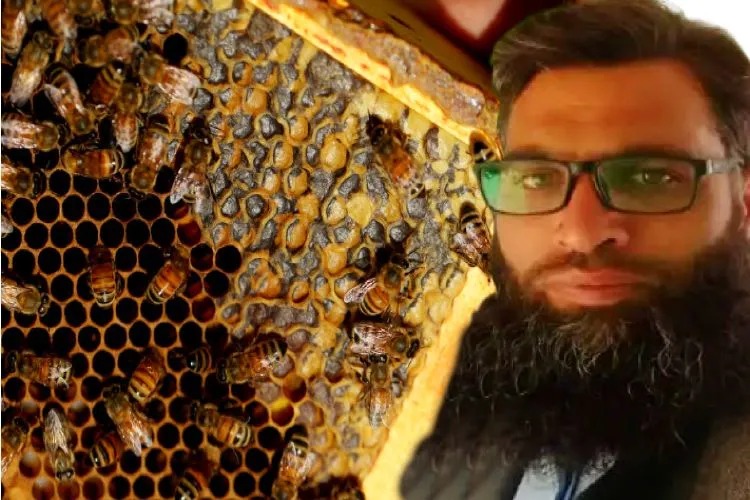 A Bee Colony in his field
According to Chief Agriculture Officer (CAO), Kupwara, the industry is flourishing in the district due to the ever-increasing demand for honey in domestic, national, and international markets. At present Kupwara district has 6,000 colonies with 400 large and small beekeepers. The annual turnover of honey in the district is Rs.400 crore.

Across Kashmir, there are at least 85,000 Colonies of honeybees with the annual production of 7,500 quintals of honey. The National Bee Board has registered 1881 beekeepers and the process is on.
When he got interested he expanded it to 30 boxes in 2005. 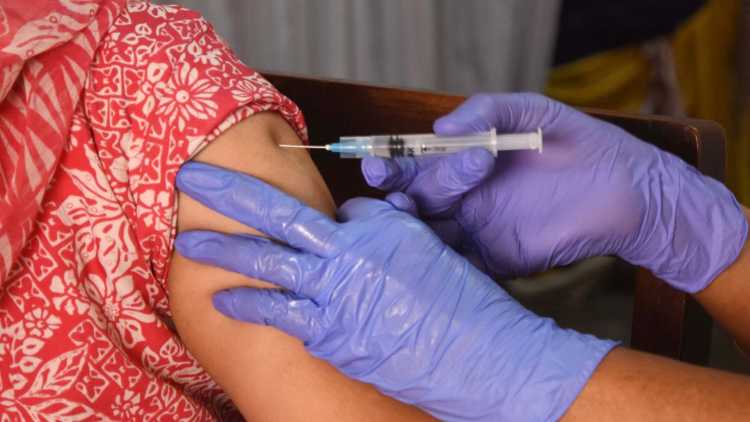 Now 'pink booths' for vaccinating women in UP