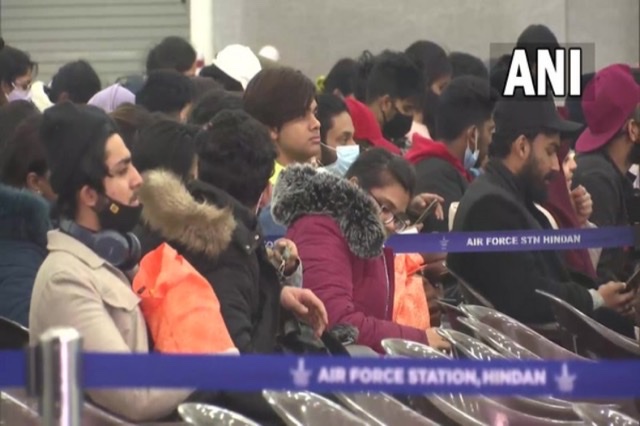 IAF, in a tweet, informed that as of March 6 at 7:30 am, the Air Force has sent 11 sorties, evacuating 2,266 Indians and providing 26.25 tons of relief material using airfields of Hungary, Poland, Romania, and Slovakia.

The Air Force was pitched in the rescue operations to augment the level of Operation Ganga. On Saturday, Prime Minister Narendra Modi chaired a high-level meeting on the Ukraine crisis.

The meeting was attended by Union Minister for External Affairs S Jaishankar, Foreign Secretary of India Harsh Vardhan Shringla and other top officials. The Prime Minister has been regularly chairing high-level meetings over the Ukraine crisis. Earlier on Saturday, the Ministry of External Affairs said that over 13,300 people have returned to India so far under Operation Ganga from crisis-ridden Ukraine.

The Ministry also informed that almost all Indians have left Kharkiv city in Ukraine and the main focus of the government is to evacuate citizens from the Sumy area as it is challenging amid ongoing violence and lack of transportation.

ALSO READ:  US, allies raising costs on Russia for its aggression in Ukraine